Yet even more hellishness in Victoria:

One of the many problems with rulers effectively making themselves dictators for life is the masses can end up with sentences of life imprisonment. People suffer immensely when power-drunk rulers so readily love to lord it over others. This continues to be the case in Victoria, with a Premier so addicted to power and control that he keeps insisting that we all must stay under house arrest. 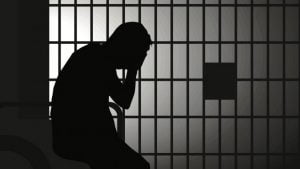 With more Chicken Little gloom and doom fearmongering, and with his newfound emergency powers extending for 6 more months, there may be no end in sight to this – and to Dan Andrews’ thirst for complete control. Victorians are paying a heavy price. Well, some much more than others are, such as sole-traders and small business owners. Those who are public servants on guaranteed incomes will not mind it quite as much.

So here we have even more misery and pain inflicted on the bulk of the people. I sure did not vote for this guy. And no one voted for the Chief Health Officer. These folks have become megalomaniacs who think they are little gods. They expect us all to obediently bow down and embrace their every decree – and even thank them for it!

Indeed, he has so very kindly offered to take an extra hour off our curfew – from 8pm to 9pm. How wonderful of you Premier! You are so generous! Um, when rulers take away our rights and give a few of them back, we no longer have rights – we have permissions.

And never mind the horrific outcomes of all this: the shattered economy, millions unemployed and underemployed – perhaps for life, the shocking rise in mental health problems, depression, drug addiction, suicides, and so on. These seem to mean nothing to our rulers – it is all about dodgy numbers concerning Covid.

And never mind that more and more medical professionals are saying these severe lockdowns are actually doing more harm than good!

Victorian surgeon Dr Geoffrey Wells says a growing number of doctors in the state believe the lock-down is “causing more harm than good”. Mr Wells is one of over 500 doctors in Victoria who have signed a letter to Premier Daniel Andrews concerning the controversial State of Emergency bill which he recently pushed through parliament with crossbench support. He said the doctors were yet to receive a reply from the Andrews government. “What we’re seeing is that the number of referrals from general practitioners to specialists has markedly decreased, it’s probably down about 70 per cent”.

Mr Wells also highlighted a study recently published in the Lancet which concluded there could be an increased death rate of about 4,000 people in the United Kingdom because of the delay in specialist medical support. Because patients are coming to see specialists at a later date, the disease is more likely to have progressed making it in turn more difficult to treat. Mr Wells said he supported a “two-pronged approach” which protected the elderly while acknowledging those in the general community were at far less risk of suffering a fatal outcome from contracting the virus. “If you’re under 65 years of age, then the chance of dying from the virus is markedly decreased, it’s about one in 150,000”. www.skynews.com.au/details/_6188159219001

Yet so many of our rulers do not seem to give a rip about all this. As Brendan O’Neill put it a few months ago:

But they don’t think about it. Not seriously. They treat it as incidental. The economic devastation being wrought in the US, the UK and elsewhere gets a few column inches here and there or is an afterthought in the nightly news. But it is rarely the story. Lockdown fanatics are so convinced of their moral rectitude, so bound up in anti-Covid zealotry, so enjoying their part in the culture of fear and the culture of condemnation against anyone who breaks lockdown, that they just zone out the terrible things that they are helping to bring about.

Indeed, and all those addicted to power know that to keep the masses enslaved they must first be enslaved in fear and terror. As one law professor has said:

Thomas Jefferson is reported to have said: “When government fears the people, there is liberty. When the people fear the government, there is tyranny.” I have investigated and prosecuted dictators and their henchmen for most of my professional life. I have studied their lives, personalities, their rise to power and how they governed once achieving that power. The one common theme in their theories of governance is fear. It is easier to govern and dictate to citizens through fear.

As Hannah Arendt wrote in her book, The Origins of Totalitarianism: “A fundamental difference between modern dictatorships and all other tyrannies of the past is that terror is no longer used as a means to exterminate and frighten opponents, but as an instrument to rule masses of people who are perfectly obedient.” The infamous dictators of the twentieth century, such as Stalin, Hitler, and Mao Tse-tung among others, understood this all too well. Their theory was that a frightened populace will allow their government to take drastic measures to protect them without protest, usually from perceived evil that threatens their society or country externally.

I have had various Jewish friends saying how very concerned they are that what they see unfolding in Victoria is not unlike what took place in Germany in the 1930s. Yes, we must be cautious with analogies, but my point here is not to make an analogy – instead it is to merely point to what the historical record tells us. And history tells us that the masses too often tend to not speak out when they should but just meekly go along with tyranny.

A new book about ten Christians who helped the Jews during the Nazi reign of terror is worth drawing from here. In Defying the Holocaust, Tim Dowley tells their amazing stories, and one cannot help but think of what is taking place in so many parts of the West today.

Let me share some of the story of one of these brave heroes: Mother Maria of Paris:

In March 1942, Adolf Eichmann ordered all Jews aged six and above in German-occupied territories to wear the yellow Star of David on their outer clothing. From 7 June 1942, this order was enforced in occupied France. The same day, Maria wrote a poem entitled ‘Israel’, which opens and closes with the following verses (of which there are several versions):

Two triangles, King David’s star.
No insult, this ancestral blazon.
It indicates a noble way.
It marks a chosen nation.

May you, stamped by this seal,
This star of David, by decree,
In your constrained response reveal
That you are spiritually free.

Many Christians said that Eichmann’s new regulation had nothing to do with them, so did not present a problem. ‘If we were true Christians we would all wear the star,’ Maria responded spiritedly. ‘You are persecuted again, O Israel. But what can human ill-will mean to you, who have heard the thunder from Sinai?”

For the Jews, further restrictions soon followed. From July 1942, Jews were banned from parks, theatres and cinemas, cafés and restaurants, swimming pools, racecourses and campsites, museums and libraries. They could travel only at limited, inconvenient hours and occupy only the last carriage of railway trains. They were not permitted to use the main streets or to leave home after 8 p.m. Jews were barred from almost all public places and could shop for only one hour a day. In effect, they became invisible in public.

Maria was particularly exercised that Jewish children couldn’t spend time in public parks. ‘To forbid little children the sun, the sky and the air! I feel a great anger,’ she told friends, so she took a little group to play in a garden where a retired Jewish man sat smoking his pipe. ‘I can mind the children, Mother,’ he told her. ‘You have more important things to do.’ So he sat with his old raincoat pulled tight to hide his yellow star, until he was arrested the following month.

Wow, so much of that sounds so familiar with what all the inmates in Victoria are now going through – complete with the bans on most activities and even playgrounds, and the 8pm curfews! How can people NOT be concerned about all this?

And I loved what we just read: “I feel a great anger.” We all should! How can we not have righteous indignation welling up within us as we see the devastation and destruction that this government had caused? Andrews says “thousands will die” if these internment camp conditions do not continue.

Oh really? What about the hundreds of Victorians who have already died and will continue to die as a direct result of his utter incompetence in handling this crisis, especially with the disastrous hotel quarantine debacle which led to this second wave and all these deaths.

The simple truth is, instead of 6.4 million Victorians being imprisoned with no end in sight, Andrews is the one who should be in prison for what he has done to this state. Yet so many folks will blindly defend him to the death! How can this be?

I care, and I know many others care, and they care greatly. If we all do not learn from history real soon, this will NOT end well. This is clear from the lessons of the past – the lessons too many have failed to learn and to heed.