I have included this passage of Scripture in my series of difficult Bible texts not so much because it is quite difficult to grasp or interpret, but because it – and what it addresses – has often been the subject of abuse and misuse. It is of course the famous statement by Paul about governing authorities, or civil government.

A few other such passages exist on this issue, notably 1 Peter 2:13-17. But here in Romans we get the fullest discussion of the role of the state in the New Testament. It of course is not a political treatise, and it only says a few things, but it says enough to help us avoid some unbiblical extremes.

Let me look at just a few such faulty understandings of the role and place of the state. One obvious candidate is that of the anarchists and radical libertarians. The extreme libertarians of the right often become indistinguishable from the anarchists on the left. 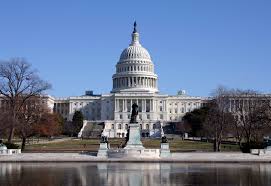 Both want no government, or at least as little as possible. But as this passage clearly spells out, government is God’s idea. Verse one is explicit about this: “Let everyone be subject to the governing authorities, for there is no authority except that which God has established. The authorities that exist have been established by God.” As Wayne Grudem reminds us, “This idea is also supported by Jesus’ statement to Pilate, ‘You would have no authority over me at all unless it had been given you from above’ (John 19:11).”

In a fallen world, God uses the state to restrain evil. Fallen man left to their own devices with ‘voluntary groupings’ and the like will simply not cut it. Do states get it wrong and abuse their power? Sure, happens often. But this is the means by which God maintains order and deals with evil on the wider social level.

Of course individual self-government is the way we were meant to rule ourselves, but as I say, in a fallen world, this needs to be augmented with the role of the state. Individuals can and do get it wrong, and obviously states can and will as well. But throwing the baby out with the bathwater helps no one here. Getting the biblical balance right is imperative.

A second error this passage guards against is the notion of “my country right or wrong”. This passage is not extolling the state as some perfect and virtuous institution, but as a necessary one in a very fallen world full of selfish and sinful individuals.

This was certainly important in Paul’s day living under Nero. As Ben Witherington remarks, this passage has a “subversive element” to it: “The Roman authorities would not have been pleased to read this passage in Romans, since it suggests that they are serving the God of the Jews, indeed, even the God who expressed himself in Jesus Christ, who was crucified by Roman authorities. This would have been offensive especially to strong advocates on the imperial cult.”

This raises a third mistake which this passage – along with the rest of the New Testament – deals with: the idea of complete and unreserved obedience to the state. Yes we are to submit to the state as this text lays out. But as other passages make clear, there will be times when an individual must disobey and/or resist the state.

There are times for example when the believer must say no to the state in order to say yes to God. When the state orders us to disobey God, then disobedience, along with a willingness to face the consequences, is called for. Thus Christians can and must at times engage in civil disobedience. But I discuss that in more detail here: billmuehlenberg.com/2008/11/02/christians-and-civil-disobedience/

And it is possible (although Christians certainly can disagree on this issue) that the state can at times go so far away from what God intended it to be, that a just revolution may be in order, as a last resort. But that too I canvass elsewhere: billmuehlenberg.com/2013/07/11/is-revolution-ever-justified-part-one/
billmuehlenberg.com/2013/07/11/is-revolution-ever-justified-part-two/

Another error challenged here is utopianism. The idea that the state can usher in a man-made utopia is also refuted by the biblical principles already mentioned here: because we are all fallen and finite creatures, no perfect state or society is ever possible.

So we dare not embrace any coercive utopian visions, be it Communist, Nazi, or what have you. Nonetheless, as v. 4 states, the “one in authority is God’s servant for your good”. He is meant to be doing good, and importantly, is meant to be a servant.

Of course that is often not the case, but at least here we discover what righteous, godly government is meant to be. This also reminds us that the state can never be autonomous, but is always to be seen as under God. Human government is always to be delegated authority, never absolute. As N. T. Wright states,

Reading Romans 13 against the backdrop of the extravagant claims made within the burgeoning imperial cult highlights one point in particular. According to Paul (and the Jewish tradition in which he stands) the rulers are not themselves divine; they are set up by the one God, and they owe this God allegiance. Romans 13 constitutes a severe demotion of arrogant and self-divinizing rulers. It is an undermining of totalitarianism, not a reinforcement of it. By implication, if the rulers themselves are given the task of judging wicked people within their sphere of authority, they themselves will be judged by the God who set them up.

Indeed, we must remember that the rule of law must apply equally to even the rulers of a nation. As Grudem writes, “In a nation with good government, the law rules over the rulers, not the rulers over the law. This principle was established in the nation of Israel and was reinforced by the requirements that a new king was to write a copy of the Mosaic law for himself, so that he would understand it and remember to be subject to it (Deut. 17:18-20).”

This passage also, at least indirectly, deals with the vexed question of the relationship of church and state. That topic I have often written on. As I have said, both institutions are created by God, and both have their divine functions and purposes. Often the two will overlap to an extent, but they are separate institutions nonetheless.

And that goes back to the words of Jesus as found in Matthew 22:21: “Render unto Caesar the things which are Caesar’s, and unto God the things which are God’s”. As R. Kent Hughes said, “With this single sentence our Lord established the validity of human government, while at the same time setting its limits.” Both are needed.

As R. C. Sproul says, “Government might well be called a common-grace ministry. The church dispenses the elements of special grace, that which has to do with our salvation, whereas civil government attends to the common good of the human race, not only for Christians but for all people.” But I discuss this in other places, such as here: billmuehlenberg.com/2014/06/05/christianity-and-the-limits-of-politics/

I have only scratched the surface here, and much more of course can be said about this passage. Indeed, entire libraries have been written on this portion of Scripture. For example, there is much that this text does not tell us. We are not specifically told for example what is the ideal form of government.

And we have not looked more closely at verse four which speaks about the legitimate use of force (“the sword”). Many commentators recognise in this, among other things, the legitimacy of capital punishment. But that too I discuss in detail elsewhere: billmuehlenberg.com/2007/10/11/on-capital-punishment-part-1/

But hopefully the few general principles I have tried to briefly outline here will at least get us started on thinking about this very important topic from the perspective of the New Testament. Add to that the insights gleaned from the Old Testament, and we have the stuff of a PhD dissertation, at least.