You can count on the Greens to come up with utterly idiotic ideas, proving over and over again that these folks should never be allowed to mix with grownups, especially when it comes to running a country. Indeed, there are so many utterly stupid ideas coming forth from the Greens that I have been forced to give them their very own section on my website.

Just keeping up with their madness is getting to be a fulltime job. They have lost the plot so very often that I am amazed that anyone actually takes them seriously anymore. Consider their latest case of complete moonbattery: they actually want a ban on gender-specific toys. Yes you read that right: 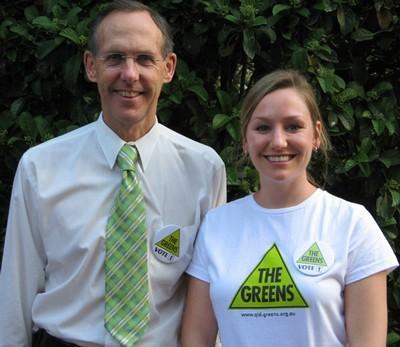 A Greens senator has endorsed a grassroots project linking gender-marketed children’s toys to serious social issues in later life, such as domestic violence and poor self-esteem. Larissa Waters has backed Play Unlimited’s “No Gender December” campaign, which calls on parents to boycott Christmas presents that reinforce gender stereotypes.
In the firing line are Barbie dolls for girls and toy trucks for boys, products Senator Waters said perpetuated negative social constructions.
“While the starkly separate aisles of pink and blue might seem harmless, especially to well-meaning rellies and friends, setting such strong gender stereotypes at early ages can have long-term impacts, including influencing self-perception and career aspirations,” she said. “Out-dated stereotypes about girls and boys and men and women, perpetuate gender inequality, which feeds into very serious problems such as domestic violence and the gender pay gap.”
“While such serious problems seem so far removed from choosing children’s toys, it’s important that we think about this issue, especially when so many children’s toys are being bought.” No Gender December asks parents to take a pledge to avoid gender stereotypes when shopping for children’s Christmas gifts and to sign a petition calling for the end of gendered marketing of toys.

How can anyone consider the Greens to be other than complete nut jobs? There is so much wrong with this. Let me count the ways. First of all, parents, not government bureaucrats, should decide what toys their children play with. We don’t need more Big Brother zealots policing our children, telling them what are acceptable and unacceptable toys to play with.

Also, do the Greens have nothing better to get involved with? The whole world is going to hell in a hand basket, and all these guys can do is sit around and decide how to become good gender fascists. Get a life. Get a grip. With priorities like these, no wonder the Greens are the laughing stock of the political world.

And of course all this is just a slap in the face of reality – especially of biological reality. Guess what Greens? Boys and girls are different. They are hardwired to be different, and all your gender bender social engineering does is show us your hatred of reality.

The research on gender differences is overwhelming and irrefutable. Indeed, I was involved a few years ago in putting together a booklet entitled 21 Reasons Why Gender Matters. It is a thoroughly researched volume with 176 footnotes. In the introduction we said in part:

This document lays out the case for the importance of male and female genders, and argues against the new androgyny and the social engineering taking place in the arena of gender. It examines some of the evidence that shows men and women are different, including the fact that our brains are different, our biochemistry is different, our hormones are different, our strength levels are different, our physical designs and sizes are different, and therefore our needs for protection and security are different. Such hardwired differences explain why men and women are so different in areas of behaviour, perceptions, the way they process information, and so on….
There is an enormous and growing body of research, encompassing the fields of biochemistry, neurobiology, physiology and psychology, which all point to a clear conclusion: that there are profound differences between men and women. These go well beyond the obvious physical appearances and reproductive differences; men and women differ at many levels, and also approach relationships differently. As such, this document rests upon, and makes the case for, these four foundational principles:
1. Gender differences exist; they are a fundamental reality of our biology and impact our psychology. Our maleness and femaleness is a key aspect to our personhood.
2. Acknowledging, rather than ignoring (or worse denying), gender differences is the only intellectually honest response to this reality.
3. Gender differences are complementary; individuals, our collective humanity, and society as a whole, all benefit from masculine and feminine characteristics. We are better for having men with a clear understanding of their masculinity and women with a clear understanding of their femininity.
4. Gender identity confusion does exist in a small minority of individuals. It is a painful pathology and warrants a compassionate response. However it is not the ‘normative’ experience and is not therefore a paradigm upon which to drive social policy and institutions.

Yet these social engineers want to smash biology and smash reality in order to push their androgyny agenda. Talk about social activists who are on a mission to destroy children, family and society. This is a hyper-radical group of activists who should be avoided like the plague.

Fortunately most people are not as mentally challenged as these clueless Greens are. A poll on this has 85 per cent of the populace rejecting this lunatic idea. One has to wonder just what is wrong with those other 15 per cent however.

23 Replies to “The Greens, Gender, and Moonbattery”