Most people in the West may know little or nothing about the Bible, about Christianity, about church life – all the things that made the free West what it is today – but they likely know heaps about Kim Kardashian. For the one or two people holed up in caves the past decade, Kim is of course a hyper famous, super celeb.

Oh yeah? Well what is she famous for? Well, she is famous for being famous. That’s about it. I still have yet to figure out why she is featured in all the media on a regular basis. Wherever she goes the cameras follow her, and we all have to know about it – even on the 6 o’clock news. 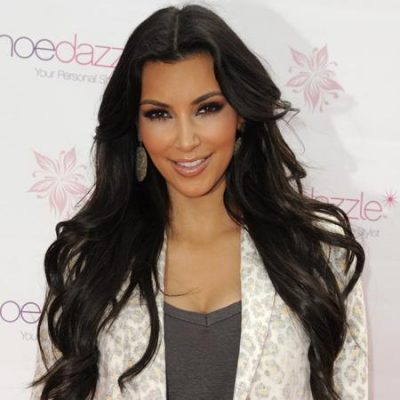 Her every movement and her every moment is the stuff of media wonder and fascination. Beats me why this is. It is simply another case of image triumphing over substance. What has she contributed to the rest of society? Name one thing. But all that does not matter. She is famous, and must continue to be made famous.

A mile wide and an inch deep. Of course plenty of other celebs can be described in similar fashion, so we are not picking on her as such. She is simply representative of vacuous nobodies who have for some unknown reason been made into international somebodies.

Superficialities abound while substance goes missing. Perhaps the best thing we can say about such folks is that they are in a perpetual state of infancy. They never seemed to have grown up, and they appear to be quite happy to stay that way.

But it is not just the Hollyweird crowd who qualify for such things. Sadly far too many contemporary Christians can be described in exactly the same terms. They too are a mile wide and an inch deep, with little substance, little depth, and little solidity, wallowing in an infantile state.

I say all this because I have just been reading again in 1 Corinthians. The first two and a half verses of chapter three make this very point: “Brothers and sisters, I could not address you as people who live by the Spirit but as people who are still worldly – mere infants in Christ. I gave you milk, not solid food, for you were not yet ready for it. Indeed, you are still not ready. You are still worldly.”

Other New Testament passages speak to this spiritual infancy as well, such as Hebrews 5:11-6:12. These believers are immature, unable to handle strong food, and are lagging behind in spiritual growth. This applies to many believers today as well. They, like our shallow and vapid Hollywood celebs are equally all about image and ostentation, about superficiality and show, and lacking in anything of real substance.

And it is not just individual believers, but entire churches and denominations that seem to fit this mould. If Paul came to them today he would say the same thing to them as he did to the Corinthians: ‘Shame on you – you are babies, immature, and worldly’.

I find it so sad that there are so many such believers out there who, instead of growing, maturing, and leading the way for younger Christians, have remained stagnant in a very carnal, compromised and immature state of development. It is as if they have no desire whatsoever to grow in Christ.

I have known many who have gone to Bible-believing churches most of their lives, but when it comes to understanding and being able to share basic Christian doctrines, they are at a loss. They have never really applied themselves to grasp some core Christian truths, and are blown about by every wind of doctrine. They are Kardashian Christians.

I have met many believers who should know better, but are abandoning one key biblical belief after another, simply to get along with the world and make friends with our postmodern culture. These folks will easily jettison core Christian teachings and simply go along with the mindset of the world around them. They are Kardashian Christians.

I am familiar with too many believers whose lives show no evidence of Christian maturity and growth in godliness. Their moral lives are really indistinguishable from that of the pagans they mingle with. One could never tell by their lifestyle that they have been bought with a price and delivered from the kingdom of darkness. They are Kardashian Christians.

The world of course loves people like the Kardashians. All the glitz and glamour, all the frills and thrills, with no substance and depth – they make for great celebs. The world chases after them in wonder and awe. And how many Christian leaders are similar to this?

How many offer no spiritual depth, no theological nous, no spiritual maturity, and no moral gravitas? We have churches full of entertainment and shows, complete with the strobe lights and smoke machines. They make for poor imitations of worldly discos, and they make for even worse imitations of the holy, set apart body of Christ. They are Kardashian churches.

Christian maturity, growth in Christ, and conforming to His image is what the Christian life is all about. In his book, In Pursuit of Maturity, J. Oswald Sanders said this:

The supreme goal of the church is not evangelism, important and indispensable as that ministry is. The ultimate goal is stated by Paul when he wrote: “We proclaim him, teaching everyone with all wisdom, so that we may present everyone perfect [mature] in Christ” (Col. 1:28, italics mine). God’s purpose is to produce disciples who reflect the perfect humanity of His Son, people who are able to react to the exigencies and trials of life in an adult and not in a childish manner—meeting adult situations with adult reactions. In short, God’s purpose is to produce people who fulfil their humanity and become what God designed for them.

As I was seeking to close off this article, my mind went way, way back to my very earliest days as a new Christian. As a wild hippy who had just been born again, after a few hiccups along the way, I found myself around 1972 in Tecoma Washington, attending a Bible study held by two elderly ladies.

It was a 300-page volume by J. Dwight Pentecost entitled Pattern for Maturity (Moody, 1966). Imagine going through a meaty and hardcore book like this as a brand new believer. These two women knew that a little meat was not a problem to go along with the milk of the Word.

I guess that helped to lay a foundation in my life which has kept me going ever since. There may have been a few plateaus and even lapses along the way, but the thought never left me that maturity in Christ was always to be the aim. Nothing else would do.

I am so thankful that these women knew that spiritual growth and depth were essential, and they did not leave me to remain an infant. Later on in his epistle Paul says this: “When I was a child, I spoke like a child, I thought like a child, I reasoned like a child. When I became a man, I gave up childish ways” (1 Cor. 13:11).

Would that all believers in Christ move beyond this woeful Kardashian Christianity and seek to be complete, mature and fully developed in Christ.