We need a realistic and holistic view of civil government:

Christians are always to run with the total biblical message, and to proclaim the full counsel of God. They are not to pick and choose those bits of the Bible they are happy with, but are to embrace and present what Scripture teaches in all its fullness. This is true of its teaching on civil government and the state. 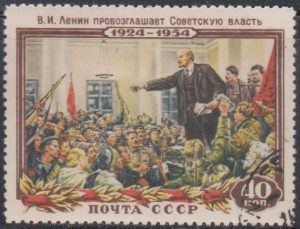 When I speak of ‘two views of the state,’ what I really mean is we must take seriously the various aspects or facets of the one biblical teaching on the state. There are all sorts of passages of course that speak to this matter, but two major texts need to be discussed here – and kept in balance.

Romans 13 is almost always tossed around when Christians discuss the role and purpose of the state, and rightly so. But it is not the only key text we need to keep in mind. We also have a very important discussion found in Revelation 13. And it is clear that while Paul presents a basically positive view of government and the state in Rom. 13, John presents a basically negative view in Rev. 13.

Both texts must therefore be held to in any discussion of the state. They must be taken together, even if appearing to offer quite differing points of view. I have often discussed Paul’s passage. See this piece for example: billmuehlenberg.com/2014/12/03/difficult-bible-passages-romans-131-7/

Here I want to concentrate on John’s chapter about ungodly and evil government. Let me preface my remarks by noting that too often Christians want to read the apocalyptic literature (Daniel, Revelation, etc) only with a view to setting dates and pinpointing events on the prophetic clock.

But they can miss the broader messages to be found there, including the big-picture themes like the sovereignty of God and his dominion over the nations. We find timeless truths in these books in other words, good for all believers of all times – not just those at the end of the age.

While seeking clarity on biblical prophecy and particular matters of the end times is important, so too is the broader picture that books like Revelation seek to make. Regardless of which particular interpretative school you happen to belong to regarding this book, let me try to lay out some of these broader perspectives as found in this chapter.

Ian Paul offers us a concise look at the message found here:

John is offering us the anatomy of human totalitarian rule and its defiance of the sovereignty of God, drawing, as ever, on biblical images as his symbolic vocabulary. We can see enough connection with the world of the first century to know how vivid his descriptions would have been to his first audience. But we can also feel the rhetorical power of what he says to find correspondences in subsequent generations, including our own.

James Hamilton offers another big-picture view of this chapter:

There is no neutrality between God and Satan. The kingdoms of the world are not the kingdom of God. “The whole world lies in the power of the evil one” (1 John 5:19). Satan is “the prince of the power of the air” (Ephesians 2:2; cf. 6:11, 12). The world powers opposed to the gospel get their authority from Satan, and they do the works of their father the devil, whose business is to “steal and kill and destroy” (John 10:10). They will not all be as bad as possible, but to the degree that they are not subjected to Scripture and submitted to the Lordship of Christ, they are against him. Satan’s beast is depicted in 13:1, 2 as the culmination of all the wickedness at work in the evil empires of history.

Or as Douglas Kelly puts it:

The main point to consider here is the blasphemous pretension of many political systems. When they get enough power, some of them want to put the government into the place of Almighty God. Scripture teaches that civil government is ordained by God, and that believers are to honor it insofar as we can (Rom. 13). The difficulty is, that the evil one gets into civil governments, particularly the stronger they become, so that they want to become like God, replace his laws, and take oppressive action against any who oppose their pretensions to total lordship.

And J. Scott Duvall says this:

When operating properly under divine authority, the state upholds law and order and serves as an instrument of justice (Rom. 13:4). But human institutions may be hijacked for evil purposes, and such is the case in Revelation 13. Satan sometimes works through secular power systems and the wicked individuals who rule those systems. When the state turns tyrannical and demands unconditional allegiance, Christians have no choice but to “obey God rather than human beings” (Acts 5:29).

One last comment. With a continual breakdown of freedom and democracy in the West (perhaps best exemplified right now in the Australian state of Victoria), we need to be aware that often these dictatorial powers are loved and applauded by the masses, making them even more menacing and dangerous. As Richard Phillips comments:

It is a notable fact of history that the most despicable tyrants have often been extremely popular and have elicited virtual worship from their people. Adolf Hitler set himself up as a messiah for the Aryan race and was fanatically revered by many of the German people, even as their cities were being reduced to rubble by Allied advances. The relentless conqueror Napoleon Bonaparte continues to be adored by the French, despite having bled their country dry in his ruinous wars. Steve Wilmshurst writes: “Dictators create their own personal mythology, or have others do it for them. Most of all, they demand people’s unquestioning and unconditional submission – something that only God has the right to do.”

Indeed, as I have just recently posted on the social media:

In Germany in the 1930s there emerged at least two responses to the regime:
-the majority who supported it, who thought it could do no wrong, who defended it to the death, and who hated on anyone who dared to question it;
-the minority who said, ‘Wait a minute – this is going way too far. This is not right. There is a law above the law. The state is not god. We must not allow this tyranny. We must not allow all opposition to be silenced.’
Hmm, why am I increasingly seeing this very thing happening in Victoria?

So we must keep the entirety of the biblical view on civil government together here. Romans 13 gives us important truths about the state. But so do other passages, such as Revelation 13. We need the full Scriptural picture of how God views the state.

In part, where you live may well determine what emphasis you run with. if you live in some Democrat-controlled cities in the US at the moment, you would be right to stress Romans 13. But if you live in Victoria right now, the emphasis will likely be on Revelation 13.

I close by offering a bit more present-day application to these matters, this time with a just-released column by English commentator Peter Hitchens. He writes:

The Government has no legal right to impose the severe and miserable restrictions on our lives with which it has wrecked the economy, brought needless grief to the bereaved and the lonely and destroyed our personal liberty. This is the verdict of one of the most distinguished lawyers in the country, the retired Supreme Court Judge Lord Sumption. He said last week in a podcast interview: ‘I don’t myself believe that the Act confers on the Government the powers that it has purported to exercise.’

He was referring to the Public Health Act of 1984, the basis for almost all the sheaves of increasingly hysterical decrees against normal life which the Health Secretary Matt Hancock has issued since March. I promise you that it is not usual for a retired senior judge to use such language in public. This 1984 Act was drawn up mainly to give local magistrates the power to quarantine the sick.

Nothing in it remotely justifies these astonishing moves – house arrest, travel restrictions, harsh limits on visiting family members, interference with funerals and weddings, closure of churches, compulsory muzzles, bans on assembly and protest. English law just does not allow an Act of Parliament to be stretched so far.

And he goes on to say this about Victoria:

The most terrible warning of what lies ahead of us – if we cannot smash the Government’s lies – is in Melbourne, Australia, where a vain little despot called Daniel Andrews has locked his subjects in their homes, banned demonstrations against this policy, and unleashed heavy-handed police against protesters and dissenters.

At this rate, Melbourne will soon be twinned with Minsk, capital of Belarus. The treatment of protesters on the streets of both cities is remarkably similar. I was most struck by what happened to a young woman demonstrator at the hands of Melbourne police, after they had grabbed and restrained her, so that she was powerless. An officer actually put a covering over her mouth. It was not the only such incident that day and it explains, to those who object, why I call these things muzzles.

They are there to humiliate, to cancel individuality and to indicate assent – forced or otherwise – to the crazy policy of trying to treat a virus with naked state power. If U.S. police forced handcuffed Left-wing protesters to wear Trumpoid “Make America Great Again” baseball caps it would be about the same. www.dailymail.co.uk/debate/article-8726051/PETER-HITCHENS-Government-wading-swamp-despotism-one-muzzle-time.html

14 Replies to “Two Views of the State”