Plenty of Christians love to talk about love – and rightly so. It is a major attribute of God and is a major fruit of the Spirit, to be found in the lives of all Christians. But Scriptural love is not any old sort of love. This is not a mushy, sentimental and content-less love. This is not love as the world understands it. 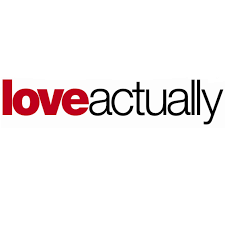 Biblical love is radically different. It is much firmer and much more solid than the ephemeral and saccharine sweet version of love that worldlings and unbiblical believers run with. Among other things, biblical love is always discriminating. Thus nothing could be further from the truth when people claim that “love does not discriminate.” Of course it does.

It is NOT biblical love if it does not discriminate. Genuine love always entails willing the highest good of the other person. That requires discrimination. Thus the opposite of love is indifference. If you do not care about the other person, and do not mind them going down the tubes in their sinful condition, then you are not showing biblical love.

Real love will distinguish between good and evil, and it will seek the wellbeing of others by urging them on to love that which is good and to hate that which is evil. You might ask, ‘But is that biblical?’ It sure is. Just this morning I again read in Amos this very thing. Amos 5:15 says this: “Hate evil, love good.”

‘Yeah, but that is Old Testament – things are different in the New.’ Um, no. We have the exact same thing stated there. Consider for example Romans 12:9: “Hate what is evil; cling to what is good.” So yes, we SHOULD hate that which is evil. Both Testaments command this unambiguously.

But I have often written about these matters before and need not repeat myself here. For those interested, see this 2-part piece with plenty of biblical material: billmuehlenberg.com/2016/11/23/divine-love-hate-part-one/

I have written often on the Romans passage. Here I will feature just one comment about the Amos text, and then move on to some current and practical application of this. James Luther Mays says this about the verse:

For the Hebrew ‘hate’ and ‘love’ are not only powerful emotions, but also actions in which a person sets himself for or against; yet the verbs lose nothing thereby in the passion they connote. Loving and hating mean bringing into force all the resources and powers of feeling, will and thought in devotion to or rejection of a person or value. The cogency of the connection between good and life and evil and death is not some impersonal moral mechanism built into the structure of existence, but Yahweh himself. The decision about good and evil is a decision for or against Yahweh and therefore an invocation of his blessing or his judgment.

Let me now offer a very recent and very real example of all this. One Australian friend of mine is now pastoring in the UK. As a biblical Christian, he is not ashamed to tell his congregation the full counsel of God, and that includes the biblical understanding of right and wrong, good and evil.

Moreover, he rightly seeks to apply biblical truth to the situations of the day. As such, he is fully prepared to share – even publicly – what the Bible has to say about current controversial issues such as homosexuality. But for daring to do that he has got himself into trouble with the authorities. One report on this is worth sharing in full:

Posting on his own Facebook account the pastor also wrote: “Hallelujah!! We prayed at our prayer meeting on Tuesday night that this event would be cancelled. We also prayed that the Lord would save the organisers. One prayer answered, now we wait for the second prayer to be answered.” Cornwall Pride responded by sharing this with its supporters, as well as negative comments about Pride made by people who do not appear to be connected to the church, leading to threats against Williamson and his wife.

Christian Concern, which is supporting Williamson, said that LGBT activists threatened to protest his Sunday services, and to get the pastor deported to his native Australia. It said Cornwall Pride also encouraged its supporters to report Williamson to the police for a ‘hate crime’.

Following this, the pastor was invited to meet with members of Cornwall Pride to talk about his views. Williamson attended and handed out copies of a tract debunking arguments commonly used to argue for LGBT affirmation in the church.

Pastor Williamson said: “My family and I, and our church community, have been very concerned by the level of anti-Christian abuse and threats of violence that we have been targeted with over the past few weeks. The Bible proclaims a message of repentance which calls on all people to turn from their sin and to trust in Christ.

“The police have not formally spoken to me about any hate crime or sought a witness statement to look at the various online comments which have included threats to burn down our church. As Christians we seek to speak the truth in love and would readily welcome all people to our services. The Bible, however, proclaims a message of repentance which calls on all people to turn from their sin and to trust in Christ.”

He added: “It would be unloving for us to remain silent about what God’s Word says in relation to human sin, including all forms of sexual sin. We therefore, must proclaim the truth that homosexuality is a sin, but that God loves sinners and Jesus can forgive all our sins.

“Newquay Baptist Church is made up of sinners who have been forgiven by a wonderful Saviour; since this is the case, we would invite all people, including the LGBT community, to come to our services. Our desire is that all would come to know and love Jesus.” www.christian.org.uk/news/pastor-warned-by-police-not-to-share-bibles-position-on-homosexuality/

Yes Williamson clearly understands biblical truth. Loving the sinner means hating the sin they are involved in and addicted to and sending them to a lost eternity. If we really love such people, we must warn them, even if it will personally cost us. That is biblical love in action.

The hatred of evil is the flip side of loving good. We cannot claim to be biblical Christians unless we fully do both. Praise God for real pastors like Josh Williamson. Please keep him in your prayers. This is obviously very tough on him and his family right now.

Of course there are countless other brave Christians who have also been persecuted because they choose to affirm Christian truth. I have documented far too many cases of this over the years. But if we are to be faithful to the gospel and to our Lord, then we must insist on doing what God commands of us.

And that includes hating evil while loving the good.

8 Replies to “Yes We Should Hate Evil”