Anyone who has been involved in the culture wars knows that the biggest casualty in the various battles is truth itself. While all sides can play fast and loose with the truth, for the conservative – especially the conservative who is a Christian – truth matters supremely. 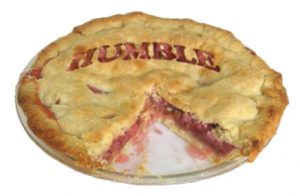 One might be tempted to let the truth slide a bit in order to win some rounds in the culture wars, but we dare not. Yes, the secular left is notorious for trampling on truth and peddling falsehoods – it is part of their MO. But our side should want nothing to do with truth-twisting, deception, and the sloppy use of facts and evidence.

Sure, we can all make mistakes, and at times we may run with an argument or some data that upon closer inspection turns out to be not fully true. But once we are alerted to any mistakes or misinformation we may have shared, it is always good to make amends. Usually just removing the incorrect post will suffice. Or perhaps explaining that you have come upon new information that somewhat alters your earlier claims.

In an internet age of course all sorts of fake news and bogus information is constantly circulating. Our side at least needs to be careful here. The social media is rife with dodgy posts, malicious memes, and fake info. Often this takes the form of “quotes” being run with.

Sometimes if a quote is too good to be true – or too utterly bizarre and idiotic to be true – then it may well NOT be true. When it seems just too far out or too incredible, it is always worth checking more closely before running with it. The biblical advice to “test all things” is certainly appropriate here.

As a case in point, let me mention a meme that was widely making the rounds just the other day. It had a pic of Victorian Premier Dan Andrews along with a “quote”. It had him saying that human rights are selfish and stupid. Now I know that he certainly does think this way, and he has actually said similar sorts of things.

So I initially did a quick “like” to two of these memes. But regardless of how bad Andrews is, this still sounded way too nuts, even for a tyrant like him. So I did a quick web search, and then I unliked them. Sure enough, the quote came from a terrific satire piece by James Macpherson: www.spectator.com.au/2020/09/if-you-dont-want-to-be-kicked-in-the-head-dont-put-your-head-under-a-jackboot-its-not-only-selfish-its-stupid/

Good satire of course leaves you wondering if something is actually true or not. So James had a bunch of “quotes” which were a blend of true and false quotes. Even I had to read the piece twice before fully getting all this! It was a good piece of satire indeed! And to remove all doubt, I looked at his page and saw that some others were asking him about the quote.

And there I saw that James said this about it: “It’s satire, based on something Andrews DID say … that ‘all of this could have been avoided if people didn’t protest. protesting is selfish and stupid.’ But what does it say that people can’t tell the difference!??!? Lol”

So there you go: Andrews did NOT say this. Thus it would be wise for those who posted it to pull it down. Yes, Dictator Dan certainly dislikes human rights and freedom, and he certainly loves absolute power and control, but we must run with truthful claims here, otherwise we give the other side a free run.

Indeed, over the years I have learned a few lessons here. If I come across a “quote” that is so outlandish or hard to believe, I tend to not run with it until I have first properly verified its accuracy and authenticity. Sometimes I have had to take a post down when I shared something I thought was true, but it turned out not to be.

Eating humble pie now and then may be unpleasant but necessary, as truth must always be our aim. If we say false things about the other side, they can use that against us. So we need to be careful here, and sometimes that will require retracting something we have said, or even apologising for it.

Our side not only needs to champion truth at all costs, but we need to demonstrate some Christian humility as well. If we have said something or posted something online that turns out to be false or incorrect, we should have the humility to admit that we got it wrong, and take any appropriate steps to rectify things. Simply removing an inaccurate post from the social media is usually the main thing required.

As such, it is interesting to see how folks have responded to the above Andrews’ meme. I told a number of them that it was not an actual quote of his, but a satirical line from a piece by a Christian conservative. I said that they would be wise to remove the post.

As such, I noticed three sorts of responses. Some promptly did remove it. Well done guys. One gal said, “Well now I’m embarrassed.” I replied: “We have all done this at times – I have. But a Christian commitment to truth and humility means if we got it wrong, at the very least, we remove the offending post.”

Others for a while protested or demurred. Some insisted that this is the sort of thing he would say. Well, sure – and that is what makes satire good satire, when it is so hard to tell the difference! So yes, a “quote” like that represents his views, but again, he did NOT say it. So in this case to still run with the meme makes us guilty of bearing false witness, plus it undermines our credibility. These folks eventually pulled the post. Well done.

But there was a third response. Some folks who were told that it is just a satire quote nonetheless kept it up. Even though I shared the quote from James himself saying it was satire, they still left it up. Hmm. Mind you, I did not check up on all those I had alerted about this issue.

So there was a mixed response to my remarks made on this. The moral of the story is this: we all need to be wise and cautious here. It does not help our cause when we run with things that are not true – especially once it has been made perfectly clear that it is not true.

Sure, if the meme was first put up and prefaced with words like this it would be fine: “This is taken from a satire piece, but it does come really close to reflecting where this guy is at.” But if the meme has been up for a while with many likes, comments and shares, a disclaimer eventually made way down in the comments section may be too little too late.

So consider this just another lesson to learn along the way. We all can get things wrong at times. We all can make mistakes. The real issue is this: are we truthful enough, and humble enough, so that when we discover we got things wrong, that we will be willing to make corrections, to retract statements, or to apologise?

Our testimony is at stake here. We need to be people of truth. And we need to walk in humility as well. Sure, we can forcefully and firmly stand for what is right in the culture wars, but it must be done on the basis of truth. Otherwise we are no better than the other side.