Christians delight in God’s mercy, grace and patience – but never at the expense of God’s justice, holiness and righteousness. All these things the Christian celebrates. And when evil and injustice are running riot, it is fully appropriate that believers cry out to God for his justice to be meted out. 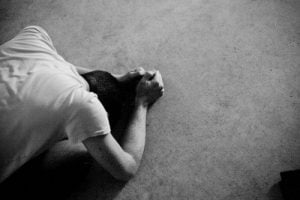 This is not only true in those places where Christians are being heavily persecuted and are suffering greatly for their faith. It is also true in those places where evil rulers, corrupt governments, and debauched leadership is the norm. As I have been documenting for some time now, the Australian state of Victoria under the reckless reign of Dan Andrews is certainly a case in point.

How long O Lord? When will you display your justice and deal with arrogant evildoers? I have written about this often, including this recent piece: billmuehlenberg.com/2020/10/03/how-long-o-lord/

While God’s timetable is different than ours, I was quite heartened to read this today as part of my daily reading of Scripture: “And will not God give justice to his elect, who cry to him day and night? Will he delay long over them? I tell you, he will give justice to them speedily” (Luke 18:7-8).

Those words certainly jumped out at me. Justice! And speedily administered! Yes that is the cry of my heart. So it is good to see that Jesus has these concerns of ours in mind. So let’s examine this passage further. These verses are of course part of the parable of the persistent widow that is found in Luke 18:1-8. Here it is:

And he told them a parable to the effect that they ought always to pray and not lose heart. He said, “In a certain city there was a judge who neither feared God nor respected man. And there was a widow in that city who kept coming to him and saying, ‘Give me justice against my adversary.’ For a while he refused, but afterward he said to himself, ‘Though I neither fear God nor respect man, yet because this widow keeps bothering me, I will give her justice, so that she will not beat me down by her continual coming.’” And the Lord said, “Hear what the unrighteous judge says. And will not God give justice to his elect, who cry to him day and night? Will he delay long over them? I tell you, he will give justice to them speedily. Nevertheless, when the Son of Man comes, will he find faith on earth?”

Let me offer a bit of commentary on this passage. First, a number of preliminary considerations can briefly be offered. This parable is only found here in Luke’s gospel. Also, usually Jesus explains the meaning of his parables at the end of his discussion. Here he tells us at the very beginning what it is all about.

This parable follows on from Jesus’s teaching in chapter 17 about the coming of the kingdom and the need to be prepared. So the ultimate justice being spoken of here will be that which appears with the return of Christ. That is when final and full deliverance and vindication will occur. That is something we all look forward to.

And we all have need of hearing a parable such as this, and taking the much-needed lessons from it. As Philip Graham Ryken puts it: “It is hard to pray at all, let alone to keep on praying until we get God’s answer. There are many reasons for this. . . . Jesus knew us well enough that we would struggle with persistent prayer.”

That is the main point of the parable. As to the unjust judge, it is obvious that God is being contrasted with him, not compared. But the point is, if even a wicked judge will finally relent to the persistence of others, how much more will a caring God respond to the prayers of his people?

However, a major question arises as to his ‘speedy’ response. So often it seems that justice is clearly delayed. We do not seem to see him moving on our behalf – certainly not very quickly. It seems he is not answering our prayers, or he is not answering them as soon as we wish. These concerns are valid, and the point of the parable is to encourage us to keep praying and to keep persisting.

In his expository commentary R. Kent Hughes offers some insights about this matter of God’s seeming silence. The truth is, God delights in answering the prayers of his children, but the answer may come in different forms than we might expect or desire. He writes:

Sometimes the silence means that God’s answer is a loving no. Perhaps we asked amiss, or though the request was good, a better way is coming. Far better for Paul than the removal of his thorn was God’s sufficient grace, which was perfected in his weakness. This is why he could write, “By the grace of God I am what I am, and his grace toward me was not in vain. On the contrary, I worked harder than all of them, though it was not I, but the grace of God that is with me” (1 Corinthians 15:10).

Also, sometimes the silence means that God has a bigger answer in store than we could ever have dreamed of or asked for. As Oswald Chambers explained, “Some prayers are followed by silence because they are wrong, others because they are bigger than we can understand. It will be a wonderful moment for some of us when we stand before God and find that the prayers we clamoured for in early days and imagined were never answered, have been answered in the most amazing way, and that God’s silence has been the sign of the answer.”

Further, sometimes the silence of God is meant to instill dependence upon him. In the case of Paul he was left with his thorn so that he would lean entirely upon God. We are so prone to independence that the granting of certain of our requests would lead us to self-sufficiency, pride, and independence. There can be no better way to cultivate a sense of dependence upon God than the need for persistent or determined prayer.

Sometimes the silence is a delay to allow our prayers to mature. If God had answered our prayers according to our schedule, our prayers would not have been honed by the Spirit for our greater good and his glory.

The matter of what seems to be unanswered prayer and the seeming silence of God is one that all believers can struggle with. But here Jesus makes it clear that we must persist, we must persevere, and we must never give up. God does hear us.

The timing of his answers may not be according to our liking, or may leave us confused, but an all-wise and all-loving God will never make a mistake and his timing will always be perfect. So keep praying – whether it is a plea for God to act and bring justice with him, or whatever, we need to keep at it, knowing our God keeps listening, and always responds in the best possible fashion.

9 Replies to “Persistence in Praying For God’s Justice”