These 20 thoughts may be of some help to you:

I offer here a number of random thoughts on all that is happening in the US right now with the highly contested election and related matters from around the world of late. All up I present to you 10 political reflections and 10 spiritual reflections. 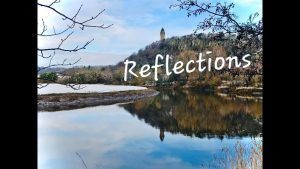 Despite what the mainstream media and the left are telling us, the actual winner of the US presidential election is not at all clear as yet, and numerous recounts and court challenges need to be concluded before we can get the final result. So at this stage, despite all the premature celebrations by the left, we do NOT know who is the next president.

The issue for millions of us is not so much that we MIGHT have had our preferred choice for POTUS lose the election. The real issue is we are appalled at the injustice and unfairness. No one likes it when injustice prevails. There is a growing amount of evidence that real, widespread and perhaps even systemic fraud and corruption have taken place. Transparency is needed here. We must get to the truth of the matter. If not, democracy dies in America. Indeed, many commentators are already warning that when you have most of the major instrumentalities of power and influence (Big Tech, Big Media, Big Education and much of Big Business) fully given over to one side of politics, then the days of free and fair elections may now be over in the US.

The issue is not how many votes went for either candidate. The issue is how many LEGAL votes went to each. If we run with the latter then there is a very good case to be made that Biden has NOT won the election. As mentioned, the courts must now seek to determine all this. We await their decisions.

Since when does the media get to decide who is POTUS? Who gave them such powers? How did they become the arbiters of who is officially determined to be the clear and certain winner? Where do we find that in the US Constitution?

You do realise don’t you that if Trump had been declared the winner, we would have dozens of (Democrat) cities going up in flames right now, complete with rioting, looting and blood-shedding. I am still waiting to see all the conservatives and Republicans doing anything remotely close to this. Indeed, we have at least 70 million ticked-off Trump voters, but not one violent protest.

Oh, so COVID is all over then? Hmm, just as we predicted. Leftists have been packing the streets in crowded pro-Biden celebration demonstrations. Yet we were told that all the mass Trump rallies were super spreaders of the virus! Um, hypocrisy much? Double standards much?

If Biden does indeed get in – by hook or by crook – there are all sorts of serious and worrying ramifications. This is just one of them: www.jpost.com/us-elections/israeli-minister-warns-of-war-if-biden-returns-to-iran-deal-648097

For four years now the left, the Democrats and the mainstream media have been involved in one big tantrum, telling us the 2016 election was illegitimate, and it must be contested. Now the Dems are telling us this election is fully legit and it is wrong to challenge elections.

If you still have questions about who are the good guys and who are the bad guys, this test might be of some help: Which side favours burning down cities, disbanding the police, eradicating our history, turning on biblical Christians, trashing the Constitution, killing unborn babies, taking away our basic freedoms, promoting socialism, destroying the rule of law, and smashing freedom of speech? And when you have nations like Iran and communist China singing the praises of a Biden win, you gotta ask yourself some really hard questions.

As Big Tech continues to war against conservatives and Christians (look at what they did to help in really skewing this election), it is only a matter of time before Fakebook bans me and others permanently. Prepare for alternatives now folks. I am on MeWe but will also look into Parler. I hope to see many of you there.

As always, when evil triumphs, one of the hardest things to stomach is all the gloating and insolence of arrogant lefties as they spew their hate on us and rejoice in our apparent downfall. But Scripture speaks often to this, and God assures us that their day of reckoning will come. So hang in there saints.

Sadly I am finding too many “Christians” celebrating the supposed Biden win, telling us what a wonderful Christian gentleman he is and how America will now be a nation filled with sweetness and light, etc. Good grief – tell ‘em they’re dreaming! Moreover, I am beginning to understand how biblical and discerning Christians felt in Germany in the 30s when the nation descended into Nazi darkness, and many “Christians” around them cheered it all on. Diabolical deception abounds today just as it did back then.

The evil Haman devised an evil plot to kill all the Jews. But God turned it all around and Haman was hanged on his own gallows. God certainly does intervene. We could use such intervention now! You can read all about this of course in the book of Esther.

It is vital that we surround ourselves (in person and online) with Christians who are biblically-based, Christ-centred, faith-filled, and Spirit-led – especially during these dark and difficult days. Otherwise it is too easy to get discouraged and lose hope and perspective.

As I said in a recent article: ‘We dare not let these biblical truths turn us into fatalists where we just resign from life and do nothing. The truth that God is in control is NOT meant to be a signal to us that we stop working, stop praying, and stop doing all we can to see righteousness established in our social and political spheres. So please, no cop outs here and no pulling back from our role and responsibility to be salt and light.’ billmuehlenberg.com/2020/11/07/stand-back-and-get-the-big-picture/

With The Lord of the Rings film trilogy again on TV, I am reminded once more of how the books and films always direct me to the truth that we are in a war, and that even very ordinary folks have a vital role to play. Even a pagan filmmaker turned the trilogy by a Christian author into an award-winning film – indeed, it picked up 11 Academy Awards in 2004. Even the final song did – one that always brings me to tears: www.youtube.com/watch?v=-RDuQfSwKfY

The film soundtrack version of the song can be listened to here: www.youtube.com/watch?v=HvF31-2bVNE

Speaking of the LOTR, this older article deals with themes of persevering in the wars, even when things look so very bleak: billmuehlenberg.com/2014/11/30/election-reflections-and-the-big-picture-with-apologies-to-lotr/

Of interest, while I was listening to this song, two superstars just gave me a call to encourage me. Good timing God! Many thanks to Mark and Anita for the call and the encouragement. One can easily keep on keeping on knowing that champions like these two are around.

On top of all the unfortunate election results with such anti-Christian outcomes that we have seen of late, we have had the world’s longest and most stringent lockdown here in Victoria. As some of these silly restrictions are now being lifted, many folks – and many Christians – are thrilled to have some freedoms back, especially as summer approaches. While I too enjoy any easing of lockdown measures, that does not mean everything is now just spiffy again. With all that is happening around us, the burdens still weigh so heavily on me – and I know on so many others. The awareness of the spiritual battle does not go away. But we also must recall that we are to cast our burdens upon the Lord because he cares for us (1 Peter 5:7).

These and other battles will continue, and we must engage at all levels: the political, the social, the cultural, the ideological, and so on. But increasingly we must realise that at bottom of all this is a spiritual war that is taking place. Unless we engage at that level, all our other efforts will result in little of value. So we need to lift our game when it comes to prayer, intercession, and putting on the whole armour of God.

Let me conclude with a few Bible passages. The first two are from today’s morning reading. Romans 15:5 speaks of “the God who gives endurance and encouragement.” Well, I sure can use that right now in large doses. I suspect many of you do too. And it goes on to say this in verse 13: “May the God of hope fill you with all joy and peace as you trust in him.” I also need this now. Do you?

And this from the November page of my calendar hanging on the wall which I just noticed:

My flesh and my heart may fail,
but God is the strength of my heart
and my portion forever. (Psalm 73:26)

41 Replies to “20 Reflections on the Current US Crisis”