There is nothing virtuous about being clueless:

If you go to any Bible concordance and look up the word ‘clueless’ you will likely not find it – whatever version you utilise. But a case can be made that what the word means and how it can indeed be sinful is something one can readily find in Scripture – at least in principle. 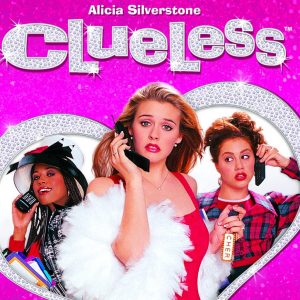 Of course any standard dictionary will tell you what the word means: unaware, ignorant, uninformed. That this would accurately describe so many people – including far too many Christians – is a sad fact of life. Here I will concentrate on the latter group, and seek to argue that not only are so many believers woefully ignorant about their own faith, but about what is happening in the world as well.

Examples of Christian cluelessness are everywhere to be found, and I have offered plenty of examples over the years. As to cluelessness about their own faith and what the Bible teaches, this is easy enough to demonstrate. For example, how many Christians today could properly and convincingly defend their faith if challenged to do so?

How many even know the very basic and core doctrines of their faith, and could properly defend them when, for example, a cultist comes along? Indeed, how many even know what is in their Bible? Too many have never even read the whole Bible through. It is pretty hard to have a vibrant, working faith, one that can challenge the critics and confound the sceptics, if one does not even read the Bible.

This sort of cluelessness is indeed sinful. We are commanded time and time again in Scripture to be a people of knowledge and understanding. As Hosea 4:6 puts it, “My people are destroyed for lack of knowledge.” Ignorance of what the Bible teaches is no virtue – it is sinful.

To state all this in more positive terms, in the sense of what we should be doing, the Bible speaks to this repeatedly. For example, Paul tells us to ‘study to show ourselves approved unto God’ (2 Timothy 2:15). And as we read about the Bereans, they were noble because they ‘daily studied and examined the Scriptures to see if what Paul said was true’ (Acts 17:11).

Having godly discernment is a big part of this. As Paul says in Philippians 1:9-10, “And this I pray, that your love may abound still more and more in real knowledge and all discernment, so that you may approve the things that are excellent, in order to be sincere and blameless until the day of Christ.”

And it is not just knowing what you believe and what the Bible teaches about the faith. It is also about using biblical truth to be able to discern what is happening in the world around us, and how we are to respond as believers. The classic text here is 1 Chronicles 12:32 which speaks of “the sons of Issachar, men who had understanding of the times, to know what Israel ought to do.”

Again, there is nothing virtuous or Christlike in being unaware, ignorant, unwise, or clueless about what is happening, and how the believer should respond to what is occurring around him. We too need to understand the times, have a basic awareness of what is taking place in the world we live in, and then seek to apply biblical truth and wisdom to these areas.

As said, I have written about this matter of Christian cluelessness often enough already. Take just one article as an example: billmuehlenberg.com/2016/05/31/the-cult-of-cluelessness-is-at-it-again/

But the reason for this current piece on the same theme is all the shocking things I have been hearing and reading from those who claim to be Christians concerning the current crisis in American politics. If one ever wanted to see a full-blown case of wholescale cluelessness, just reading some of their comments and posts would surely do the trick.

Not only were plenty of them clueless about what the Democrats actually believe and stand for, but with Biden now being (prematurely) declared to be POTUS by the media, they are singing his praises and carrying on as if some terrific Christian has appeared who will make everything right in the world again.

I have heard and read so much utter nonsense about him by these “believers”, such as he is a ‘fine Christian gentleman’ and ‘he is bringing peace and unity and love to America’ and he is ‘surely so morally superior to Trump’ and so on. Good grief. Talk about clueless.

The Biden/Harris team are the most radical far-left ticket yet on offer by the secular left Democrats. Abortion on demand right up until birth, the radical sexual agenda, and all-out war on those biblical Christians who will not toe the line are just some of the things they promote and will run with if they get into the White House.

Yet we have countless clueless folks who claim to be disciples of Christ who are starstruck over the pair, going gaga over a supposed Biden win, thinking the millennium has now come to America, and everything will be sweetness and light.

I even read one such person said she wept with tears of joy as she heard Biden give his speech declaring victory! Oh for heaven’s sake! Talk about clueless! Talk about those who have zero awareness of what is going on – either in Scripture or in politics. Talk about those with absolutely no understanding of the times and what we should do.

And even if Biden gets in and some of these clueless wonders do get a rude awakening that a radical left Biden administration is not bringing the Kingdom of God to earth, it will be too late by then of course. If – God forbid – the Dems also get control of the Senate, we really can kiss America goodbye. The radical transformation of it by the activists will render it completely unrecognisable.

And then the wholesale persecution of real Christians certainly will ramp up. Will any of these clueless Christians finally wake up? I tend to doubt it. And even if some eventually do, as I say, by then it will be too late with America too far down the tubes.

As Christian conservative commentator Alley Beth Stuckey just tweeted: “Love to see evangelicals who latched onto every media narrative about Trump & encouraged fellow Christians not to vote for him now complain about Biden’s support of gender transition for kids & tax payer funded abortion. If only there has been a way to oppose this earlier…”

Yep, that’s it. So many of us warned and warned about what a Biden win would mean. But far too many of these clueless folks just shut their ears to the watchmen on the wall, and fully ran with the mainstream narrative and the secular left agenda. They had no clue. They had no discernment.

Because of their inability – or unwillingness – to think biblically, to have a biblical worldview, and to have their faith inform all aspects of the their lives, they too often are just clones of the world, and offer nothing of difference to what the pagans are on about.

That my friend is a sin. And as with all sins, the only proper thing to do is repent and turn from it.

21 Replies to “The Sin of Cluelessness”