We need to see the bigger picture as we deal with the mess we are in:

Those familiar with this site know that I write about all sorts of things: politics, economics, ethics, theology, culture, history, books, the arts, and so on – and all coming from the angle of the Judeo-Christian worldview. But to be a Christian writing about things from a Christian perspective does not mean I am averse to drawing upon those who are not Christians. 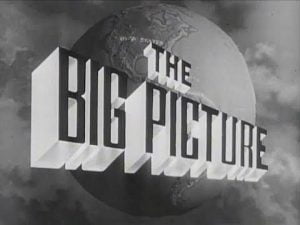 I regularly will run with them when they are on the same page about particular issues. And I have no problems in doing this, for at least two reasons. One, I believe in the reality of common grace – the idea that even non-Christians can have some grasp of truth and of what is right and wrong, simply by virtue of being made in God’s image and living in God’s world. See more on this here: billmuehlenberg.com/2020/02/08/on-common-grace/

And two, I believe in co-belligerency – the idea that on some issues at least it is helpful and advantageous to work together with others – even those who are not believers. This too I have written about often. See here for example: billmuehlenberg.com/2010/09/02/on-co-belligerency/

So that means I am quite willing to quote from or share a platform with those who are not Christians. I have done this often. Having said all that however, I am aware that one can only go so far along these lines. That is, there does remain a divide – a rather large divide.

There is only so much common ground between the two camps. Part of this division has to do with our understanding. While the non-Christian may have a good understanding of political matters, or take a good stance on the culture wars, and so on, he and his views are limited. The spiritual dimension is missing.

But the non-Christian’s ability to discern what is going on and offer the best solutions is limited. This can be seen in so many areas. For example, I sometimes hear that a Christian is going to see a non-Christian counsellor or psychiatrist for help in various areas.

Now one can get a lot of help from a secular therapist. They can have much of value to say, and can bring some real help in some areas. But we are not just psychosomatic beings, but spiritual beings as well. So if you address only part of who we are, and overlook one entire dimension – our spiritual side – what is being offered will at best be incomplete and at worst rather misleading.

It is not just in personal areas where this is crucial, but in the bigger social areas as well. I have often written about our largely secular conservative commentariat in Australia, such as on Sky News. Most of the hosts, presenters and guests there are not Christians. They can be good on some areas, but often they end up disappointing, because their worldview is just so limited. They do not and cannot see the bigger picture, so what they offer is always going to be quite partial and limited.

A recent article by Douglas Wilson spoke to this matter of fellow conservatives who are not Christians. As things get ever darker in America and the West, conservatives of all stripes are getting discouraged. And those he refers to as “Christless Conservatives” often have little of real worth to offer in such times. He writes:

Given the events of the last few years, there are more than a few disheartened secular conservatives out there. They see the radical left growing in strength and influence, and know that unless it is somehow (miraculously) stopped, their beloved America is done for. They see the squishy Republican establishment, and wonder if they would ever be willing to fight for anything. They see the soft evangelical “culturally engaged” center, lusting after the respect of the world, and willing to lick dirt to get it. As an aside, licking dirt is not a great strategy for gaining respect. They see the teeming crowds that Trump attracted, like sheep without a shepherd, and they wish that energy could be led, but don’t want to be led by it.

To those who are in that position, I simply want to invite you to come to Christ. Call upon Him, and ask Him to bring you to the Father. We can have no salvation without a Savior, no word without the Word, no transcendent anchor without a Lord. And I want to ask you to consider Christ, not only as the Lord of your life, but also as the Lord of our public square.

The alternative is militant atheism in the public square, and by militant atheism I do not mean mild agnosticism. I mean the savage gods of militant atheism. And if you have begun to wonder, as you ought to have done, how “all this” could have happened in America, the answer is that we turned our backs on Christ. Because you have not trusted in Christ, the one who is Lord of all, you are part of the general apostasy, which means you are part of the problem. The left wants the apostasy and lusts after the consequences of the apostasy. The secular right wants the apostasy, but doesn’t really like the consequences. But America, like the prodigal son staring at an empty wallet, is now reckoning with the fact that the consequences have arrived regardless. So as part of your repentance, you need to acknowledge to the Father that secular conservatism conserves nothing.

Come to Christ, and do it now. He will receive and forgive you. We are fast approaching the point where real churches will be the only real resistance. Find and join one. dougwils.com/books-and-culture/s7-engaging-the-culture/the-gods-of-civil-unrest-and-jesus-mobs.html

Needless to say I agree with Wilson. The best way that secular conservatives can be of use in this dark and broken world is by becoming Christian conservatives. Then they will have the real insights, the real answers, and the real hope that the world needs. That is the real way forward.

As such, the reader here may have noticed that more and more of my writings of late are dealing with spiritual, biblical, theological and Christian themes. That is because at bottom the mess we are in will not be remedied by a new political party or a different politician or a new social order.

Yes all these things have their place, and are worth working toward. But the real need of us all is spiritual and only a spiritual remedy will be of any lasting use. And as the things that we value such as freedom, democracy and rule of law slip away fast, soon the only resources that we will be able to cling to will be the spiritual ones.

So I for one will continue to read secular conservatives, quote from them, and support them in various ways. But I know that their help will always be partial and provisional, and I will hope and pray that they become Christ-followers. That way their various concerns for a better world will be properly harnessed and directed.

9 Replies to “On What Matters Most”