A powerful plea for two-parent families:

In Part One of this article I presented the first half of an important talk given by the late Australian Christian social worker and evangelist John Smith. Back in 1994 he spoke on the vital importance of two-parent families for the well-being of children. Already back then this was NOT a PC thing to say, despite all the evidence to the contrary.

I had been documenting the evidence for quite some time, while John was actually dealing with kids on the streets with drug problems, criminal backgrounds, etc. We both knew the same truth, and the studies have always confirmed it: children do best when raised by their own biological mother and father, preferably cemented by marriage. 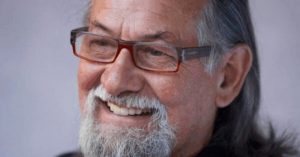 Back then the feminists and homosexuals were pushing for androgyny, and trying to convince us that sex roles did not exist and/or were not important. Now of course with the trans tsunami upon us, the push to eliminate sexual differences altogether is in full swing. How much more relevant is John’s talk today? Here then is the second half of his urgently needed talk:

Why Children Need Mum and Dad

I couldn’t be more sympathetic to a single parent family member. Our organisation is flat out helping many, many people who are living in de facto relationships, who are living in single-parent situations. They would tell you that there’s no kind of drum beating right-wing ideology coming from us. We’re deeply committed to them. But the reality is that at the level of the street and among young people who are disaffected and disenfranchised, a great percentage of them come from broken families.

There was a study I read a few years ago about the Crypts and the Bloods, two gangs in Los Angeles. I think there is something like about 50,000 kids involved if I remember rightly. I met some of them through Moral Rearmament a couple of years ago. I’m used to tough people, but I’ve never met anything like those kids off the Los Angeles streets.

You look into their faces and you might as well be looking at a sheer plate of steel. It doesn’t matter what you say-there isn’t a muscle moved in their face. They’re survivors, they look through you. They don’t give you a hint of what they’re thinking because that’s the way they live-from moment to moment. They’re the hardest faced kids you’ll ever meet anywhere around the world.

A beautiful thing has happened amongst them because of a Baptist Minister that’s got them to see that they can put the same dynamic energies into trying to save their people, rather than just simply being in conflict, shooting one another and stabbing one another.

But the interesting thing is that this report indicated that the only sociological constant laying back at the phenomena of these massive gangs in Los Angeles – the only sociological constant – was that they came from single parent families. Not that’s not to say that it’s the only cause; there’s poverty and many other things that are part of the soup mix. But the stock, if you like, of that soup is single parent families.

In our city the kids we’ve worked with on the street are almost 100% from single parent families or blended families. The blended families, in our experience, are the worst. Tragically, in many of those broken families, the new sex partner has no interest in the kids or has in fact the wrong type of interest in the kids. Now I haven’t figures in front of me to prove the point but I could get them if anyone needed them, because there are many studies, particularly in the United States that indicate that there is a very clear correlation between gangs and violence and kids from blended families and single parent families.

I believe we need to have a family that has both mum and dad because I tell you ladies, I don’t care how good you are – my mate’s right, no woman can “role model” a young man. It’s as simple as that. No mother can “role model” a young man. And what makes me angry is those who often would speak on behalf of the single parent. Those who set themselves up as the champion of the mother, inadvertently, set up a task for single parent mothers that breaks their health and their minds. Because if you are going to try and tell women they can do it without men, then they have to perform at a level they simply can’t.

When I speak with single mothers – and many of them come to talk to us – it is usually because their kids are on drugs and in trouble and there’s no father around to give a certain kind of balance and strength to the deal. Mum is saying, “I wish there was a man who could deal with my son, who could talk to my son.” We get that all the time.

We want to run when we see a woman coming because we are so short on resources. But you see the desperation in the eyes of those mothers. When I sit down with them I say to them, ‘You can’t role model a young boy – you can’t be expected to because you can’t do it. You can’t show, as a woman, what a young man is supposed to be. You can talk to him but you can’t show him. Kids are more interested in what you live than what you say, so in the end you can’t role model the kids, so don’t try, don’t feel guilty when you can’t.”

It’s amazing to watch the muscles in the faces of many of these women as they relax when they are told this. They had really believed that it was their task to replace dad. It’s cruel to put that on women who are single parents. But as long as you hold fiercely to the ideology that men are not needed, that fathers are not needed, you put on women that kind of demand, and I believe it breaks more than it ever inspires.

Let’s try and get the Church and others to take seriously the fact that families that have got their act together ought to stop living self-centredly like we do in our Eastern suburbs. And it’s time that we began to take into our confidence and into our heart and into our Four-Wheel Drives at the weekend, those boys who don’t have any father to relate to. And it’s time that right across the Church and right across the society those who have it all began to give a bit more to those who are broken and marginalised.

I believe we need dads and mums, because I tell you, if my wife went, at the time when my kids were young and teenagers, if she had left me or if she had died, I don’t know how we would have done it. You see, my mother died at 42, and I happened to be a lot older than the rest of the kids and there was one primary school aged kid and the rest were little kids. One was a baby. I know that many, many times dad and I were utterly out of our depth when trying to do what was needed for the young girls in the family.

I cannot role model my daughters. My daughters need me, and there are enough studies to give clear evidence that both a father and a mother have very significant roles in different ways with both the boys and the girls in the family. There is a role model which a male can give to a male and a female can give to the females, and there is no other way this can occur. I believe we need a two parent family because I think that the kids need to be role modelled in the example of commitment between a mum and a dad.

I don’t know if you read Cleo and Cosmo and Girlfriend and Dolly, but I do because we do work in high schools with kids. Last month’s was the most disgraceful and destructive bunch of garbage that you could ever see. You get magazines that are actually aimed at 12-, 13- and 14-year-old girls which are absolutely full of the finest details of sexual relationships and are pushing kids at 13 years of age to get out there and do it.

One of the clear evidences of the need for a solid family is the fact that in the United States extensive surveys have indicated that girls and boys who have grown up without both parents are far more precocious and sexually wild in their behaviour patterns. There is a stabilising that occurs in firm and stable families in terms of the transmission of values which nobody can pass on in any other system.

I am an ex-school teacher, and I’ve been to something like 2,500 high schools in the last 20 years teaching value seminars. I could keep you here all night with the stories about the hundreds of kids who, when they’ve been confronted with values, that are couched in the rock music and in a genre of images and language that they can relate to from their hearts, will simply open up and tell you that they desperately long for a family situation that will offer them values.

They have a right to see romance mixed with the pain and struggle of true parenting and true love between a mum and dad; not to see it in the totally dishonest fashion that is presented in these magazines. Our sense of existence outside of God and outside of an ultimate spiritual foundation can only rest in the significance of what we give to our children and to their children and to their children. If that U.N. report is right, there is no other unit – school can’t do it, our next door neighbour can’t do it.

There is no other unit which can effectively transmit from one generation to another the dreamings, the significant social theories, the significant relational skills, the significant transcendent values, apart from the family unit of a mum and dad who set an example of nurture and love and commitment to each other.

For as one young person once said to a counsellor, “The greatest thing my father ever did for me was that he truly loved my mother.” That’s a very powerful statement. Without a mum and dad, that child could never have made that statement.

The first half of John’s very important talk is found here: billmuehlenberg.com/2021/02/11/john-smith-on-fatherlessness-part-one/