A powerful plea for two-parent families:

All children have a right to their own mother and father. This article follows on from one that I penned yesterday involving the late John Smith, the Australian social worker and head of the Christian motorcycle club, the God Squad. In that piece I mentioned that while we had some political differences, we were as one in our views on the importance of the two-parent family, and how children desperately need both their own mother and father. 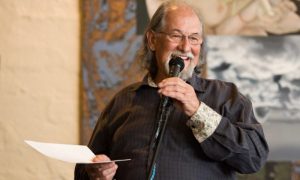 I had invited him to speak at a family conference I helped to organise back in 1994, and I quoted a bit of his talk in that article. I mentioned that I turned his talk into an article for a pro-family journal I was editing as well. See the background to all this here: billmuehlenberg.com/2021/02/10/oneness-and-diversity-in-christ/

But the more I quoted from that article, the more I realised that this piece needed to get new life – especially today when the war against the traditional family is so much worse than it was 30 years ago. I thought his entire talk/article needed to be heard afresh for a new generation. So here it is, his July 3, 1994 talk as reprinted in the November 1994 Australian Family Association Journal:

Why Children Need Mum and Dad

Most sociologists in our society today are radically secular, so therefore anything that even begins to speak of the spiritual nature of the human being is ipso facto non-existent. Therefore one must find a cause which is social, socio-economic, political, structural and all the rest. We just leave the rest to those that want to hug trees and buy themselves crystals.

On the issue of youth suicide, for example, the politicians say that if the government doesn’t fix up unemployment we are going to see much more suicide. If you don’t accept that suicide is a mark of a loss of any sense and meaning of purpose and soul which is all a bit ephemeral for academics, that have to be able to show figures and causal relationships, then you have got to invent something and you target unemployment, and if that doesn’t work you target something else, and if that doesn’t work you keep playing the game. So I have kind of lost confidence, to be honest.

When I picked up the Institute of Family Studies report which said that children survive surprisingly well when their parents break up, and then I work for 20-odd years with the kinds of kids who are the products of these broken homes and I find that almost without exception what my eyes show me and what the kids tell me on street level, just doesn’t fit what the academics are saying – I ask myself what’s wrong!

I’m angry about what I read in the papers because I know that the academics, who can make themselves wonderful tenure from all sorts of fly-by-night theories, in the end don’t suffer at all if their theories come unstuck. As soon as the ink’s dry they will write another book and the university publishing company will publish that book, and then another book and it doesn’t seem to matter how much they contradict themselves down the line.

In fact, the system itself, in my opinion, has become such that it’s probably more dysfunctional than a moderately dysfunctional family. I’m talking about kids that are hard kids, and I am talking about 14-year-olds who steal 200 cars a year – and who really don’t care. I’m talking about the kids who, back a month or so ago, drove a car in a crazy fashion and killed an innocent young man. I’m talking about those kids – kids who show virtually no sense of conscience, even when things like that happen. These are kids who not that many years before would have been that little one that you held in your arms and “gooed” over.

The guy who runs our program is a guy that’s one of eight boys brought up in a single parent family – we met him in prison. I won’t go into what he’d been up to, but he was a pretty hard young man when we first met him in prison.

He has become one of our best youth street workers. He is a man who will stand up to the police, stand up to anybody with ferocity on behalf of the kids on the street. He is somebody I respect more than any academic in terms of what happens, really, in the lives of kids. I asked him, “What do you think is the effect of the loss of one or other of the parents in a family situation. What do you think the effect is on a young man?” He said, “I’m a classic case – a mum on her own just doesn’t make it, no matter how good she is.”

The statistics for single parent families in terms of economic status are appalling. My mate said to me tonight “Street kids yearn to see mum and dad get together.” Now you can take it for what it’s worth, but with the dozens of the toughest kids in this city who are angry, violent, disaffected, many of them, even if it was six degrees below zero, would not choose to go into any institutional place.

They don’t sleep in bins and under bridges because there aren’t enough places to go; they sleep there because they hate you adults. They are utterly disdainful towards the system, the politics, the adults, the whole thing. That’s why they sleep under bridges.

There is somewhere they could sleep. It may not be satisfactory, and certainly putting someone in a bed for a night somewhere in a room can’t be called a home by any stretch of the imagination. But I’m talking about the ones that don’t even want that bed, they’d rather sleep in the cold than relate to the system, they’re so angry.

And according to my staff who are closer to it than I am, they scarcely have ever met a kid that if you were to sit down and have a lengthy heart to heart conversation as a confidante, they will not tell you that the bottom line is they wish they had a mum and a dad and brothers and sisters who loved each other and lived together in the same place.

Now I resent that. I’m 52 years of age, I’ve been in all sorts of places, including prison. I’ve sat with all sorts of people from professors to the worst kind of offenders on the street. My staff are sitting with all sorts of people like the guy that killed the women down there at Frankston and are pastorally involved with people at that level. And I don’t like it when some academics and some people up top, because of political correctness, tell me that it is inappropriate to discuss what a family is. I really wonder what’s happening to our society.

I might tell you many other things that disturb me. The fact that an extraordinary percentage of little children are killed – not by their father, but by their mothers – makes me ask why the word “domestic violence” became politically incorrect back a short time ago, and now we only hear the word “male violence”. That’s not to say that I would back off the fact that males are the biggest problem.

But I’m not prepared to be politically correct when I’m dealing with these kind of kids who are the product, increasingly, of a society which is locked into its ideological groupings. Our society is prepared to do with our children virtually what was done by the Welsh miners back in the old days when they put the canary in a cage and dropped it down a well and if there was foul air or gas there and it died, then they’d say, “Well there’s poison down there.”

It seems to me that is what has been happening in my lifetime, at least intensely for the last three decades: social theorists and political theorists have been prepared to pass a generation of young people in a cage and drop it down the shaft of their ideologies and they are coming up suicidal, angry, violent and dead.

I believe we need the two-parent family, because quite frankly, I can’t see for all the hullabaloo, any other alternative has ever shown itself to be even remotely effective. And in my book if you’re somewhere out in the freezing North Pole and you don’t like your igloo but at least it’s keeping the blizzard from you, you’re a bit of an idiot to knock the igloo down to stand out in the bare cold and the raging storm. That would seem to me to be where many, many theorists are.

Revisionist history has robbed us of the fact that – it doesn’t matter which culture you go to – for all human history, the two-parent family was the norm. As one not very well publicised United Nations report in the International Year of Youth from Paris said: “In every culture for all of recorded human history the only effective unit for the education of young people and for the transmission of knowledge about the essentials of life, that is values and relationships, is the human family.” And when they said the human family, in terms of the tribal realities, they meant mum and dad and kids.

Yes John was absolutely right to say all this – the empirical data does fully back up everything he found by first-hand experience as he and his team ministered to homeless youth and others. And he and I both are upholding the ideal of the two-parent family – not slamming single parents. As I have said so often in the past:

Of course there have always been such households. Because of the death or desertion of the father, a mother is left to struggle on, raising the children the best she can. And such single mums deserve all the support and help they can get from the rest of the community. But it is another thing altogether when we deliberately bring a child into existence without a father. This is now becoming a social problem of plague proportions. More and more women are deciding they want kids, but they don’t want a husband, or even a male partner. billmuehlenberg.com/2006/12/08/child-neglect-and-fatherless-households/

The second half of John’s very important talk is found here: billmuehlenberg.com/2021/02/11/john-smith-on-fatherlessness-part-two/

4 Replies to “John Smith on Fatherlessness, Part One”