We all need to avail ourselves of the wisdom and analysis found in this excellent volume:

What hath the sexual revolution wrought? Plenty, and most of it is real bad news. And Jennifer Roback Morse ought to know, as she has been writing about this for a number of decades now. Indeed, at one point she was a card-carrying libertarian and sexual revolutionary herself, complete with a failed marriage and abortion.

But she eventually saw the light – as I and others have – and is now writing against her former lifestyle and ideological preferences. She has a number of excellent volumes now out on all this. I have four of them. The other three are these: 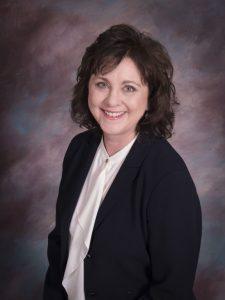 The Sexual Revolution (The Ruth Institute, 2015)

My review of that first book can be found here: billmuehlenberg.com/2003/11/11/a-review-of-love-and-economics-why-the-laissez-faire-family-doesn%e2%80%99t-work-by-jennifer-roback-morse/

She is also featured in a dozen of my articles here, so I guess you can say I quite appreciate her work. She is an astute commentator on such issues, and also has a PhD in economics. In addition, she is a devout Catholic, so all that is the perspective from which she operates.

Her most recent volume does not disappoint, and is filled with learning and wisdom on how the state has hopped into bed with the sexual revolutionaries, causing untold mayhem and destruction along the way. She opens with a number of sad but true stories, and then writes:

What do all these people have in common? Sex. They or someone close to them have accepted certain ideas about sex. They believe it’s about freedom and fun instead of babies and bonding. Net result: a lot of hurting and lonely people. The radical separation of sex from procreation that is peculiar to our time has finally come full circle. We started with having sex without babies. Now we can have babies without sex.

But all this did not come about by chance. Radical ideologies which were eventually embraced by the state have led to all this. And all this has occurred in a relatively short period of time. Says Morse, “The Gender Ideology is truly revolutionary. It hides behind the reasonable idea that men and women be treated with equal dignity and goes far beyond it. The Contraceptive Ideology attempts to separate sex from babies. The Divorce Ideology separates children from parents. The Gender Ideology separates individuals from their own bodies.”

And those three areas make up the bulk of this book, with detailed analysis and assessment of each one. Consider the divorce revolution which she devotes several meaty chapters to. It has left a swathe of destruction in its wake. We know quite clearly now from an enormous amount of social science research that children especially suffer from parental divorce – even many decades on.

Of course another big loser is the spouse who does not want to break up the marriage: “Under a no-fault divorce regime, the government takes sides with the party who wants the marriage the least. The government, the Sexual State, comes between a man, a woman, and their marriage vows.”

The state and the family law courts have been real wrecking crews in all this. Indeed, the state has simply increased its power over things by getting so heavily behind no-fault divorce: It has led to “an unprecedented increase in the power of the government over individual private lives. Family courts tell fathers how much money they must spend on their children, and how much time they get to spend with them.”

She continues, “Involving the family court in the minutiae of family life is hardly the behaviour of a minimal government, so beloved by libertarians and many conservatives. America does not permit any other agent of the government to intervene in people’s private business so intimately, so frequently, and so routinely. People under the authority of the family courts can have virtually all of their private lives subject to its scrutiny.”

And the homosexual assault on marriage and family has further worsened things of course. The very purpose of marriage is being destroyed. Thus we need to remind ourselves of just what that purpose is: “Marriage attaches mothers and especially fathers to their children, and mothers and fathers to one another. This essential purpose is profoundly social. Marriage creates a small society of mother, father, and children. That small social unit contributes to the larger society by creating a functioning future, a next generation.”

While plenty of folks have willingly and selfishly rushed headlong into the sexual revolution, it is not something that just sprang up on its own. There are always vested interests at work here. Certain groups always benefit from an expansive state and the reduction of individual freedom. Says Morse:

The Sexual Revolution has never been a grassroots movement. It is and always has been a movement of the elites justifying their preferred lifestyles, imposing their new morality, and, in the process, allowing them unprecedented control over others. The Sexual Revolution came about because the elites captured the coercive power of the State and used it for their personal and ideological interests. The state, together with elite institutions of society, support the Sexual Revolution with a continual flow of propaganda.

Consider just one way in which the state and various “service industries” thrive under the sexual revolution’s push to get women out of the home and into the paid workplace: third-party reproduction. The state and the corporate world both heavily depend upon this:

“The economic structure of the professional and technical labor market depends on delayed childbearing. Thus, that whole class of people is becoming dependent on third-party reproduction technology and the legal structures that support it.”

Think about one such “benefit:” employers in Silicon Valley are offering their working women egg freezing, all happily paid for by the corporation. Says Morse: “This ‘benefit’ is a way for employers to have access to women’s labor when they are in their prime working years. When their bodies are most suited for childbearing, when childbearing is easiest and most natural for the women, just happens to be the period when her economic productivity and her value to her employer is at its peak.”

Morse does not just offer us the bad news, however, but presents some possible ways forward, including 15 hard-hitting recommendations, such as:

-Remove the “marriage tax” from all welfare programs.

-End all government funding for population control in foreign countries.

Most governments of course would be appalled at such proposals, but if they want to see societies restored, they must first see marriage and family restored. And tough measures like this are among the things needed to turn things around.

Well done Jennifer Roback Morse for your ongoing work on behalf of families, faith and freedom. We need more champs like you. And we need more superb books like this as well.

13 Replies to “A Review of The Sexual State. By Jennifer Roback Morse.”