What pronouns should you use when talking to a trans person?

We now live in a world where we are routinely expected to deny reality, deny science, deny biology, and deny truth. We are encouraged to live in denial, to believe lies, and to reject reason and rationality. Welcome to the brave new world of trans militancy.

Of course all this has not come out of nowhere. There are political and ideological forebears to the trans madness, noticeably the radical homosexual and feminist revolutions. They have fully laid the foundations for the trans war on reality. 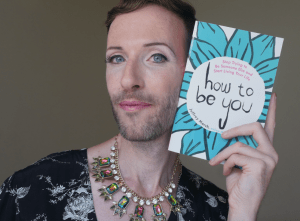 As the superlative Thomas Sowell put it in the opening page of his classic 1995 book, The Vision of the Anointed: “Dangers to a society may be mortal without being immediate.” While transgenderism was not even a thing back then, what he said a few paragraphs later is equally applicable:

“Today, despite free speech and the mass media, the prevailing social vision is dangerously close to sealing itself off from any discordant feedback from reality.” Yep, a perfect description of our culture today and its acceptance of all things trans.

That the world is falling for this insanity is of course expected. What we do NOT expect is when clueless Christians join in on the lunacy. Yet now we have Christian leaders telling us we must run with the preferred pronouns of those who transition – or are even thinking about it.

While it may not be a fair fight, let me offer one example of this foolishness, and three rebuttals to it: from me, Robert Gagnon, and John Piper. The one capitulating here is in fact the head of the Southern Baptist Convention in America, J. D. Greear.

In a recent article he tells us to consider running with “pronoun hospitality”. You can read his piece here: jdgreear.com/askmeanything/when-talking-with-a-transgender-person-which-pronoun-should-you-use/

It is of course one thing to treat all people with dignity and respect, including the trans person who clearly has mental, emotional and psychological issues to deal with. But it is quite another matter to tell Christians that violating the 9th Commandment is the way to proceed here.

Um no, I ain’t gonna tell lies in order not to offend a confused person succumbing to the radical trans agenda. I will instead do the most loving thing I can for such a person: tell him (or her) the truth. The truth will set you free. Lies will not. So if you want to show Christian love to trans folks, tell them the truth, and don’t go along with their delusions.

Writing on the social media, sexuality expert and seminary professor Robert Gagnon was equally aghast at this silliness by Greear. He wrote this in response:

I am stunned that any leader of the Southern Baptist Convention, much less the President, would be contending that faithful Christians should practice so-called “pronoun hospitality” in addressing “transgender” persons by their delusional pretend sex. The idea that Jesus or Paul would have referred to a man as a woman or a woman as a man in anything other than satire and derision for abhorrent behavior is absurd revisionism in the extreme.

It is not an act of “hospitality” or “respect” to the offender but rather (1) a scandal to the weak and young in the church and a rightful violation of conscience for many that will lead many to stumble to their ruin; (2) an accommodation to sin that God finds utterly abhorrent; and (3) a complicity in the offender’s self-dishonoring, self-degrading, and self-demeaning behavior that does him no favor because it can get him (or her) excluded from the kingdom of God. Am I being obtuse here?

What’s next? Treating as a married couple an incestuous union involving a man and his mother, allegedly as a show of hospitality and honoring of their own perspective? Is that what they think Paul would have done at Corinth? Treating the man and his stepmother as “husband” and “wife” so as to extend “hospitality” and “respect”? What kind of revisionist lunacy is this?

I can’t believe that there is no serious push-back on this in the Southern Baptist Convention. . . . I don’t really see what the point is of the SBC having an inerrancy doctrine if it leads to leaders encouraging their congregations to call men women and women men, which in God’s eyes would be blaspheming his work as Creator. I would expect this kind of nonsense from the PCUSA, not the SBC. I am in utter disbelief. Is this something that Al Mohler would approve of? And if not, has he said anything against it? And if not, why not?

Finally – and not referring to Greear because it was penned back in 2015 – John Piper offers some wise words on this matter. He said in part:

Should I Call Her Jim?

(1) In one sense the names Sally or Jim are culturally arbitrary. We can name our kids whatever we want. We can name them after cars or planets or Greek virtues or Grandma. Calling someone by that arbitrary name their parents chose or the one they choose halfway through life may not imply agreement with all that that name was created to signify by the person.

So if I had a neighbor next door to me, which this is very feasible, who was biologically male, and everybody knew it, and he introduced himself to me as Sally — if I met him for the first time, and I saw him the next day, I might avoid calling him anything, but I would probably default to Sally. I probably would until there was a relationship that would go deeper to see whether I could be of any help. So that is one concession I am going to make because of the arbitrary nature of names. And then it is going to get a little more dicey and divisive.

(2) However, if in the office where we worked, I was compelled to identify every so-called transgendered person by the pronoun they preferred in all of my emails, or conversations — suppose in emails and conversations I had used “she” for he or “he” for she — or I would get disciplined in the office, at that point I would say to my superiors, I cannot treat he’s as she’s and she’s as he’s.

I cannot buy the whole package. I would be lying to call a he a “she.” I am not lying to call a male “Sally.” That is a culturally arbitrary, weird fluke. But I am lying if I say about a true Jim who wants to be called Sally, “she.” And it would be contrary to my understanding of sexuality and I would start looking for another job.

(3) The same thing applies to bathrooms, locker rooms, and hotel rooms where women identify as men or vice versa. I would refuse to have a roommate who said she was a man, even though I share a room in my travels with my assistant all the time. He is a man, and I know he is a man, and that is a perfectly normal thing to do. But if they insisted that I share the same bathroom, share the same locker room, or share the same hotel room, I am looking for another job.

So in summary, then, the question is: Are we forced to call them a name that they prefer, which I am probably going to submit to in the short run at least, or are we forced to identify them as a different sex than they really are? Naming may have a certain ambiguity and arbitrariness to it, but the language of he and she and the use of bathrooms and hotel rooms does not. And I will draw a line and say, I will not call he “she.” I will not call she “he.” And I will not intrude on the sexual privacy of a person of the opposite sex, or walk into a situation where they would intrude upon mine. www.desiringgod.org/interviews/he-or-she-how-should-i-refer-to-transgender-friends

All this is similar to the question of whether a Christian should attend a homosexual wedding. My reply is much the same: no, he should not, because it is endorsing a lie, slapping God in the face, and rejecting his clear creation order about human sexuality. But I give more detail on that matter here: billmuehlenberg.com/2015/04/17/on-attending-homosexual-weddings/

In sum, we must love the trans person like we love anyone else. And real love always means speaking the truth, and not allowing the beloved to live a lie, which is always damaging and harmful. Do not swallow the lies of this corrupt culture, but stand firm on the truth of reality, biology and God’s word.

25 Replies to “He, She, or It? Trans Pronoun Etiquette”