How are we to understand things such as corporate responsibility?

Perhaps like me, you may have often thought about the notions of corporate identity and the judgment of God. The Old Testament often speaks to the notion of corporate guilt and responsibility, in which Israel was regarded as a whole. This idea of corporate personality is connected with the covenant relationship the people of Israel had with Yahweh. 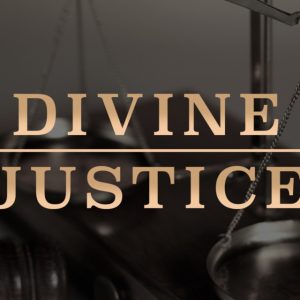 But it is not just in the OT that we find this sort of thing. As but one NT example, how often in the book of Acts do we find that someone has become a Christian, yet we read about his whole household being baptised? Part of the reason these things may seem somewhat strange to us involves the fact that we Westerners live such highly individualistic lives.

But many other cultures – including the ancient biblical cultures – have a much more communal and social mindset, which of course also entailed the importance of the extended family, not just the nuclear family. But even accounting for our own Western biases here, Christians can still rightly ask about why we find entire groups being judged for the sins of just one person.

The sin of Achan as found in Joshua 7 is a classic case in point. More on that in a moment. But we do have passages that seem to limit moral responsibility to the one who has sinned. Two such passages that say we are responsible for our own sin are these:

Those texts seem clear enough, so how then do we understand this idea of corporate responsibility? First, it must be said that it can cut both ways. Just prior to the account of Achan and his punishment, we have the account of Rahab and her blessing in Joshua 6.

But to the two men who had spied out the land, Joshua said, “Go into the prostitute’s house and bring out from there the woman and all who belong to her, as you swore to her.” So the young men who had been spies went in and brought out Rahab and her father and mother and brothers and all who belonged to her. And they brought all her relatives and put them outside the camp of Israel. And they burned the city with fire, and everything in it. Only the silver and gold, and the vessels of bronze and of iron, they put into the treasury of the house of the Lord. But Rahab the prostitute and her father’s household and all who belonged to her, Joshua saved alive. And she has lived in Israel to this day, because she hid the messengers whom Joshua sent to spy out Jericho.

In contrast, in Joshua 7:24-25 we read about how the judgment on Achan was extended to members of his family:

And Joshua and all Israel with him took Achan the son of Zerah, and the silver and the cloak and the bar of gold, and his sons and daughters and his oxen and donkeys and sheep and his tent and all that he had. And they brought them up to the Valley of Achor. And Joshua said, “Why did you bring trouble on us? The Lord brings trouble on you today.” And all Israel stoned him with stones. They burned them with fire and stoned them with stones.

And in verse 5 of that chapter we also read about how 36 soldiers died because of Achan’s sin. So how do we explain all this? While I could easily pull out a number of my commentaries on Joshua and quote from them, let me make use of just one of them, and then appeal to two other volumes – both commentaries, but not on Joshua.

There are many places in the biblical text that speak to the serious cost of sin and its expansive effects in the world. . . . The psalms of lament provide some especially pertinent interactions with the reality of sin’s effects. Many of these psalms are those of an individual lamenting an experience of judgment for personal sin (Pss 25:18; 32:3–10; 38:1–8; 51:1–4). Other laments reveal that righteous individuals suffer as part of the community and on account of that community’s sins (Pss 12:1–8; 58:1–5, 10–11). This aspect of corporate culpability and the corporate experience of discipline for sin is especially apparent in the prophetic corpus. Jeremiah was God’s righteous prophet, but as part of the covenant community he suffered alongside the people on account of communal sin. His message was rejected by the people, and with them he lived through the horrors of siege and conquest. Ezekiel, deported with the exiles, likewise suffered with the people for corporate covenant sins….

The above passages sketch out (1) that disobedience and sin receive discipline and punishment; and (2) that one individual’s sin can affect the whole community and that righteous individuals within that community can suffer as part of the community. In this way, the realities inherent in the Achan narrative find broader resonance throughout the biblical text.

Consider also the brand-new commentary on Amos by Daniel Carroll (NICOT, 2020). The 600-page commentary has a hundred-page introduction. In it he discusses divine wrath and judgment, and in it he spends five pages on the “Nature and Reach of Yahweh’s Wrath.” Some of that is worth sharing here. He writes:

Fundamental to Old Testament faith is that Yahweh judges humanity in history. Actions – personal, societal, national, and international – have consequences; transgressions at every level have their divine deserts. The prophets trust in divine intervention in history to right wrong and punish the wicked…..

The whole nation is complicit in the religious activities and social imaginary that Amos condemns, so all will experience the destruction of the holy places….

The prophetic vision does not circumscribe the transgressions of a few; the total complex that is the world of Israel is unacceptable before God. This global understanding of sin is a conviction that sin spans both testaments. Societies are judged corporately for transgressions that permeate them at every level and in every sphere. Violations of divine demands are more visible among certain individuals and groups, and their corruption leads the peoples to ruin, but ultimately, it is these entire social constructions of reality, these cultural and systemic social imaginaries, that stand condemned.

And one leading Old Testament ethicist, Christopher Wright, in his commentary on Deuteronomy has a number of helpful things to say on this matter as well. His comments on Deut. 24:16 which I shared above are worth running with here:

This law must be seen in its proper context – namely, the administration of criminal law in human courts. Deuteronomy elsewhere expresses a deep understanding of corporate solidarity of the people of God, through the covenant that spans the generations. However, while it is true theologically that each generation’s commitments and failures affect those that follow, the basic legal principle of individual responsibility is to be strictly applied….

This law may seem at variance with two other features of OT history and law. First, there are three (though only three) cases where whole families were executed for the crimes of the heads of the household (Num. 16; Josh. 7; and 2 Sam. 21:1-9). However, these were clearly exceptions to the case. The first two involve serious rebellion and apostasy, and the breaking of the solemn herem at a crucial stage of Israel’s entry into Canaan. And the response is clearly a matter of divinely specified judgment, not simple penalties in a human court. The third involves concepts of bloodguilt “clinging” to generations, and in any case is an act of Canaanite revenge, not of Israelite judicial practice. In fact, none of the three cases illustrate Israelite law in normal or typical operation.

These comments, as helpful as they might be, may not fully and finally resolve all the questions that we might have on these matters. What we must seek to do nonetheless, is affirm all the biblical data on such matters. And that involves at least two major aspects.

One, each individual is morally responsible for what he does, and is held accountable for his own actions. But two, we are social creatures, and what we do as individuals will always have social implications and consequences. How all that gets worked out together is something we are not fully up to understanding and applying, but God certainly is.

That passage says this: “You shall not bow down to them or serve them; for I the Lord your God am a jealous God, visiting the iniquity of the fathers on the children to the third and fourth generation of those who hate me, but showing steadfast love to thousands of those who love me and keep my commandments.”