God always prefers to work through a godly remnant:

A truth found in Scripture and in history is that God normally seems to work through a remnant. He does not go with the crowds or with the masses, but with a small, committed group of his followers. While I have discussed this at various times over the years, I have not actually penned an entire piece on this. So here it is. 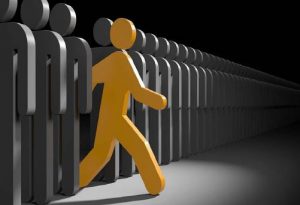 The biblical examples of this are of course numerous. Let me highlight just some of them as they appear in Scripture. One clear example is that of Noah and his family. As we read in Genesis 6, all up there were only eight righteous people left on the earth, and God judged the rest with the flood.

In Genesis 18:16-33 we have the famous story of how Abraham interceded for Sodom. He pleaded to God to save the city if 50 righteous souls could be found. He then asked, what if there are only 45? Or 40, or 30, or just 20 righteous – will God then spare the city? We finally read this in verse 32: “Then he said, ‘Oh let not the Lord be angry, and I will speak again but this once. Suppose ten are found there.’ He answered, ‘For the sake of ten I will not destroy it’.”

The story of Gideon in Judges 7:1-6 is another classic example of this concept of the remnant. Before Gideon goes into battle the Lord has him whittle down the size of his army – radically. First the original 32,000 men are pared down to 10,000, and then they are pared down to just 300 men – they are the ones who will take on Midian.

These are the ones David surrounded himself with. They were not quite the sort that the world’s leaders would have chosen. But they were those who went on to do mighty things for God. We read about the amazing exploits of “David’s mighty men” later on in 2 Samuel 23-24 and 1 Chronicles 11-12. See more on this here: billmuehlenberg.com/2009/11/29/david%e2%80%99s-mighty-men-godly-discontentment/

Then we have the well-known episode as found in 1 Kings 19. The prophet Elijah is greatly discouraged and thinks he is all alone, so God has to tell him that there are 7000 who have not bowed the knee to Baal. While that is a big number, out of all the Israelites, this was just a remnant.

In 2 Chronicles 18 we read about 400 false prophets who were quite happy to prophesy victory, but only one true prophet – Micaiah – who said that defeat would happen. As we read in verses 12-13: “And the messenger who went to summon Micaiah said to him, ‘Behold, the words of the prophets with one accord are favorable to the king. Let your word be like the word of one of them, and speak favorably.’ But Micaiah said, ‘As the Lord lives, what my God says, that I will speak’.”

The prophets often speak of these truths. For example, we read this in Jeremiah 5:1 “Go up and down the streets of Jerusalem, look around and consider, search through her squares. If you can find but one person who deals honestly and seeks the truth, I will forgive this city.”

In Ezekiel 22:29-30 we read these sad words: “The people of the land have practiced extortion and committed robbery. They have oppressed the poor and needy, and have extorted from the sojourner without justice. And I sought for a man among them who should build up the wall and stand in the breach before me for the land, that I should not destroy it, but I found none.”

And the term itself is found often in Scripture. As but one example, we read this in Isaiah 10:20-23:

In that day the remnant of Israel and the survivors of the house of Jacob will no more lean on him who struck them, but will lean on the Lord, the Holy One of Israel, in truth. A remnant will return, the remnant of Jacob, to the mighty God. For though your people Israel be as the sand of the sea, only a remnant of them will return. Destruction is decreed, overflowing with righteousness. For the Lord God of hosts will make a full end, as decreed, in the midst of all the earth.

Other examples of a godly remnant can be found in the Old Testament. So too in the New. But let me speak to just a few of them. In Matthew 22:14 we find Jesus saying in a parable that many are called, but few are chosen. And Peter at the Jerusalem Council as found in Acts 15 quotes from the prophets (vv. 15-18):

And with this the words of the prophets agree, just as it is written,

‘After this I will return,
and I will rebuild the tent of David that has fallen;
I will rebuild its ruins,
and I will restore it,
that the remnant of mankind may seek the Lord,
and all the Gentiles who are called by my name,
says the Lord, who makes these things known from of old.’

And Isaiah cries out concerning Israel: “Though the number of the sons of Israel be as the sand of the sea, only a remnant of them will be saved, for the Lord will carry out his sentence upon the earth fully and without delay.” And as Isaiah predicted,

“If the Lord of hosts had not left us offspring,
we would have been like Sodom
and become like Gomorrah.”

And Jesus of course chose just 12 men to disciple, and three of them were part of his ‘inner circle’. And think of the ten lepers Jesus healed. How many came back and thanked him? Just one. Now if your math skills are especially sharp, you will know this is a remnant of just ten per cent.

So why does God seem to prefer to work through a remnant? There are various reasons for this. One is simply to show that it is God, and not mere human strength or power or might that gains the victory. As Zechariah 4:6 famously says, “This is the word of the LORD to Zerubbabel: ‘Not by might nor by power, but by my Spirit,’ says the LORD Almighty.”

Related to this is the fact that this keeps us humble and dependent upon God – and God gets the glory in this way, as he should. As the Lord said to Gideon in Jud. 7:2: “The people with you are too many for me to give the Midianites into their hand, lest Israel boast over me, saying, ‘My own hand has saved me’.”

This in good measure is why God often rebuked the people of Israel when they took a census. At times it was OK to do this, but often this was done to determine how many eligible fighting men were available to go into battle. One example of this is found in 2 Samuel 24:1-17.

There we read about how God is angry with David for counting his fighting men, and how he judges Israel severely. Part of this goes back to Deuteronomy 17:14-20 where God warns Moses that any king that Israel has must be different from the pagan kings, and that includes not relying on military might and power, but relying on God alone.

And all these reasons remain true for the church today. We too are not to rely on our own strength, our own numbers, our own abilities. We are to rely on God alone. That is always how God wants his people to operate. That is how he is glorified.

Let me conclude with some quotes on this – most from Christians, but with a few secular voices thrown in as well:

“It does not take a majority to prevail… but rather an irate, tireless minority, keen on setting brushfires of freedom in the minds of men.” Samuel Adams

“The greatest works are done by the ones. The hundreds do not often do much – the companies never; it is the units – the single individuals, that are the power and the might. Individual effort is, after all, the grand thing.” Charles Spurgeon

“Long ago I ceased to count heads. Truth is usually in the minority in this evil world.” Charles Spurgeon

“God only knows what he would do with a few men who cared only for him. He would save thousands and astonish the universe. God wants men and women that He can reckon upon, who will be there at the very time He wants them, and do the very work He wants doing, whatever may stand in the way. For still, as of old, ‘his eyes run to and fro throughout the whole earth that he may show himself strong on behalf of those whose hearts are perfect towards him.’ And we can be made such by the Holy Ghost.” William Booth

“We must not be ashamed of being a remnant, weak and small. We must cease to think in terms of numbers, we must think in terms of the purpose of God and the purity of the witness and testimony. God will preserve this seed. He will carry it on in spite of everything.” Martyn Lloyd-Jones

“God does not work through big battalions, He is not interested in numbers; He is interested in purity, in vessels fit and meet for the Master’s use. We must concentrate, not on numbers, but upon doctrine, upon regeneration, upon holiness, upon the realisation that this is a holy temple in the Lord, a habitation of God.” Martyn Lloyd-Jones

“Never doubt that a small group of thoughtful, committed citizens can change the world…indeed, it is the only thing that ever has.” Anthropologist Margaret Mead

“Look in History. Look in Scripture. God has accomplished victories with a handful of committed people!” Fr. Frank Pavone

9 Replies to “On Being a Remnant”