The thought police are in full search and destroy mode:

“Have you now, or have you ever in the past, written a comment on Bill Muehlenberg’s website?” This question is quickly becoming the number one question asked of all political candidates in Australia. At least it sure seems that way. 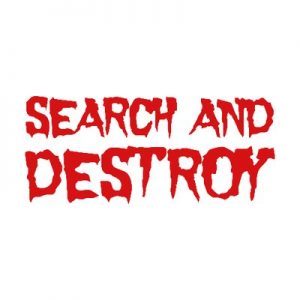 Not only that, but it now seems that every leader of a political party, every journalist, and every leftist activist in the nation are now daily perusing my website. Hmm, normally it would be nice to get so much attention. But of course here the sole purpose of this is to crucify anyone who has ever dared to comment on my website, or even admit to liking it or reading it!

Indeed, it now almost appears that I am the most powerful and influential person in Australia. Simply having anything to do with me and my website can make or break a person and his political career. Wow, I must be some really powerful – or really evil – dude!

My website is now being read by everyone in Australia it seems! Apparently entire hordes of government bureaucrats and political party hacks – along with plenty of rainbow warriors – spend all their time nowadays scouring my website, reading every single word found therein – and there are a lot of words there!

And they are checking out every single comment posted there as well – and there are a lot of them also. And all because truth has now been declared to be hate speech by the militants and the political elites. Imagine that: deciding that what was always considered to be fully normal and acceptable by 99.999 per cent of folks throughout human history is now to be considered to be something we can no longer say or believe.

Um, Brave New World much? Um, 1984 much? Even Huxley and Orwell could not have predicted just how insane and diabolical things would become in such a short period of time. Little did they know that the sexual revolutionaries would be at the forefront of destroying Western civilisation as we know it, and undoing two millennia of morality, common sense, biology and reality.

What in particular am I referring to this time? Well, the media today is all in a tizz because yet another Christian and conservative who is running for office with the Liberal party in WA has been discovered to be involved in great evil. Yes, he has dared to comment on my website. One of the media articles on this begins as follows:

Opposition Leader Zak Kirkup has again defended a Liberal Party candidate after close ties to a church with extreme beliefs emerged. Liberal candidate for Jandakot, Mihael McCoy, is a senior figure in his father’s Kings Chapel Church. His father’s beliefs include that Donald Trump was anointed by God and the Black Lives Matter movement is the work of the devil.

On Saturday Mr McCoy, who has been an associate pastor and on the board of the church, came under fire over his endorsement of posts by a Christian commentator that labelled the LGBTQ community as “Gaystapo”. Mr McCoy endorsed several posts by commentator Bill Muehlenberg on his blog Culture Watch criticising same-sex marriage. He regularly performs in a band at the church.

In one of the posts from 2011 titled Lessons from Pearl Harbour, Mr Muehlenberg hailed tennis legend Margaret Court, a fervent defender of traditional marriage, and warned Christians hadn’t taken the threats of the “militant homosexual lobby” seriously. “Bill well done,” Mr McCoy commented on the post.

“Margaret is a good friend of ours and without question, she has the weight of church history behind her on this issue. It’s worth noting that in all major areas of Christian theology and doctrine are consistent on this issue and God’s divine order for marriage.” In a different post dating from 2012, Mr Muehlenberg labelled the LGBTQ community “the Gaystapo” and accused them of having a militant agenda to gain power, domination and control.

Mr McCoy commented on the post to commend Mr Muehlenberg on “another excellent piece” before adding Satan’s destruction had “effectively used humanity against itself”. The candidate’s father, Dr Gerry McCoy, is the founder of Kings Chapel in Wellard. . . . Mr McCoy regularly sings and performs in a band before his father’s sermons at the church. www.watoday.com.au/national/western-australia/liberal-candidate-for-jandakot-under-fire-over-religious-views-20210306-p578dx.html?ref=rss&utm_medium=rss&utm_source=rss_feed

The homosexual press of course has also run with this story. It said in part:

While reporters pressed McCoy for his views, Liberal leader Zak Kirkup stepped in and shut down the questioning. It’s not the first time Kirkup has blocked a candidate from sharing their religious views about LGBTIQ people. Earlier in the campaign he stopped the media from questioning Victoria Park candidate Amanda-Sue Markham about her views on gay, lesbian and transgender people.  Markham’s husband is a pastor who has previous self-published a book that was critical of homosexuality.

Nor is the first time that comments on the Culture Watch website have been an issue during the campaign. Last week a party official described the site as “an obscure online blog”, after it was highlighted that historical negative comments about the LGBTIQ community were attributed to a reader named Phil Twist. Phil Twist is also the name of one of the party’s candidates for the upper house.

While the party spokesperson described the Culture Watch website as an obscure blog, people actively engaged in LGBTI political debate are very familiar with the site and it’s author. Muehlenberg often shares his negative views about the queer community and transgender rights. He has previously been a guest speaker at the Victory Life Centre in Perth, the church run by former Tennis player Margaret Court. Prior to taking a run at politics Mihael McCoy worked as a lawyer, alongside being a pastor in the church. www.outinperth.com/another-liberal-candidate-questioned-over-anti-lgbtiq-views/

Whoa, this McCoy guy is one really bad dude! Imagine daring to stand up for marriage and family! Imagine commenting on my website! Imagine playing in a church band! So lock that guy up already for crimes against humanity – or at least crimes against the Pink Thought Police and Hit Squad.

Just a week ago I wrote about another obviously terrible person because he did the same thing: he dared to have conservative and Christian views, and he dared to comment on my website. And for that the Libs have also had to go into ‘damage control’ because of his beliefs. (BTW, his name is not ‘Twist’ as the report above sloppily stated.) See more on this incident here: billmuehlenberg.com/2021/03/01/criminalising-christianity-prayer-and-the-bible/

Hmm, it was not too long ago that real crimes were needed to completely ruin your life in politics. If a guy was discovered to be a former axe-murderer, or serial rapist, or bank robber, that would tend to damage his political career path. But today the much worse crimes of being a Christian, of being a conservative, and of defending marriage and family will ensure that you have zero hope of making it in politics.

And be aware that these are folks who are running for the Liberal party – you know, the party that used to be known as the conservative party. But if Lib leaders have to do all they can to play down the views of real conservatives, then it might be time for the party to give up the ghost. It is now too often just a pale imitation of Labor.

Moreover, it is not just would-be politicians who are under the hammer from the Secular Left Stasi. Even medical doctors who have dared to post a comment on my website and share conservative viewpoints are being targeted. Last year I wrote about one young Asian family doctor who has lost his job for doing this very thing! billmuehlenberg.com/2020/03/30/the-big-brother-purge-of-conservative-christians-in-australia/

No one is safe today. It does not matter if you are a doctor or a lawyer or a pastor. Dare to hold the “wrong” views and you WILL be hunted down and silenced. Welcome to the new normal. Welcome to the leftist version of tolerance, acceptance and diversity.

While this war against truth, morality, freedom and reality is something that we should all be greatly concerned about, I guess there is one bright spot in all this. The fact that now countless folks are carefully reading my website in order to dig up more ‘dirt’ on others is a good thing.

As I have often said, exposing yourself to truth is always risky business. The truth has a habit of setting people free. Who knows, some of these bureaucrats, journalists and lefties might regret exposing themselves to all the truth bombs found on my site. If a few of them come to see the light as a result, I guess it will have been all worthwhile.

Of course in the meantime I ask those of you who are Christians to keep me and this website in your prayers. There are so many folks out there who want to see me forever silenced and this site completely obliterated. I will keep doing what I am called to do, but I depend upon your assistance and your prayer support to make it happen.

50 Replies to “The New Inquisition”