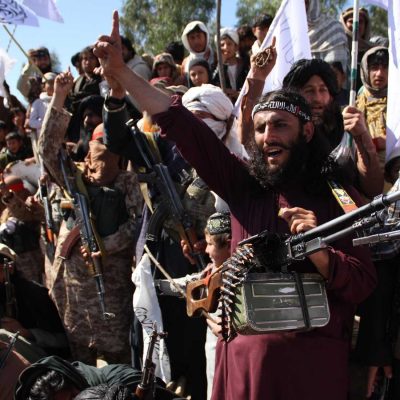 Afghan Taliban fighters and villagers attend a gathering as they celebrate the peace deal signed between US and Taliban in Laghman Province, Alingar district on March 2, 2020. The agreement was signed in Doha, Qatar, by US Special Representative for Afghanistan Reconciliation Zalmay Khalilzad — the chief US negotiator in the talks with the Taliban — and Mullah Abdul Ghani Baradar — the Taliban’s chief negotiator. Secretary of State Mike Pompeo witnessed the signing. (Photo by Wali Sabawoon/NurPhoto via Getty Images) (Photo by Wali Sabawoon/NurPhoto via Getty Images)