Thirty years ago American Senator Daniel Patrick Moynihan wrote a report called “The Negro Family: The Case for National Action”. In it he wrote these words: “The breakup of the black family is the single most important social fact of the United States today.” The central insight of his report was that family stability should be the basis of social legislation. Said Moynihan, “A community that allows a large number of young men to grow up in broken families, dominated by women, never acquiring any stable relationship to male authority, never acquiring any set of rational expectations about the future – that community asks for and gets chaos.” 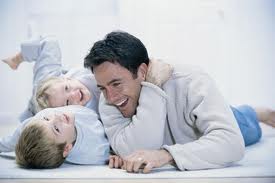 Unfortunately his words went largely unheeded, and today the disintegration of the black family is nearly complete. Less than a third of all black children are born into a family where a father is present, and according to some projections, only 6 per cent of black children will live with both parents through age 18.

Sociologist Charles Murray has warned that white families are heading in the same direction, and we will soon see the emergence of a white underclass. “Illegitimacy,” he warns, “is the single most important social problem of our time – more important than crime, drugs, poverty, illiteracy, welfare or homelessness because it drives everything else.”

And several years ago an important book was written by David Blankenhorn, called Fatherless America. The book was based on a wealth of statistical information, including the fact that “tonight, about 40 per cent of American children will go to sleep in homes in which their fathers do not live”. “Fatherlessness,” argues Blankenhorn, “is the most harmful demographic trend of this generation”. The primary results of this trend are “a decline in children’s well-being and a rise in male violence, especially against women.”

The problem is not just that of the absence of fathers, but “the absence of our belief in fathers.” Recalling the findings of Margaret Mead and others that the supreme test of any civilisation is whether it can socialise men by teaching them to be fathers, Blankenhorn traces the disappearance of the idea of fatherhood in contemporary culture, and the effects this has on our children and our society

Thus the evidence is mounting up: the negative effects of fatherless families are now becoming all too clear, with almost all social commentators agreed that they have produced social problems of overwhelming proportions. Indeed, thirty years of social science research has made one thing quite plain: children desperately need fathers, and societies desperately need intact families with mothers and fathers.

By every social indicator available, children do less well when deprived of fathers. Kids raised in fatherless homes are more likely to commit suicide, become involved in drugs, do less well in education, and end up with problems with the law, than do children from two-parent households. And societies that allow growing proportions of their young to grow up fatherless ask for, and get, trouble.

Thus it is in the interests of all governments to do everything they can to strengthen families, affirm marriage, and support fatherhood. Yet it seems most Western nations today are doing just the opposite. They seem hell-bent on making fathers redundant.

A good case in point is the recent High Court case about access to IVF technology. Many today argue that if a single woman or a same-sex couple want to have kids, just put them on the IVF program, at taxpayers expense, with no questions asked. But questions should be asked. What about the welfare of the child? Everyone is demanding adult needs without considering children’s rights. And a basic right of every child is to be born into a world with its own biological mother and father.

Indeed, one could argue that to deliberately bring a child into the world, without one of the two most important persons in that child’s life, is a form of child abuse. And with human cloning seemingly just around the corner, things will only get worse.

In the last verse of the Old Testament we read these words, “He will turn the hearts of the fathers to their children, and the hearts of the children to their fathers; or else I will come and strike the land with a curse” (Malachi 4:6). May it be so.

4 Replies to “The Importance of Fathers”