It is always amazing to find people who regularly denounce the Bible as untrustworthy, unreliable, and full of mistakes all of a sudden latch on to some flimsy and dubious claim from antiquity concerning the Bible. They renounce the real deal as so much superstition, but will accept as gospel any foolish and spurious claims made when it casts doubt on Scripture. 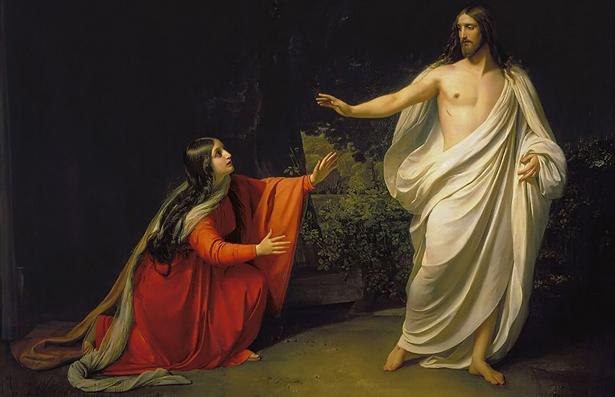 We have another classic case of this now occurring, something which Dan Brown would be loving greatly. A recent find has suggested Jesus may have had a wife. One news item begins the story this way: “An ancient scrap of papyrus makes explicit reference to Jesus having a wife, according to a renowned expert in Christian history. Harvard divinity professor Karen King unveiled the 4th-Century Coptic script at a conference in Rome. She said researchers had identified the words ‘Jesus said to them, “my wife”,’ which might refer to Mary Magdalene.”

Of course this rather sensationalist opening statement is greatly toned down later in the article when it says, “Prof King said the script was not proof of Jesus’s marital status. ‘It is not evidence, for us, historically, that Jesus had a wife,’ she said.”

But leave it to the MSM and those with agendas to run with this big time. Anything to question the reliability of scripture and orthodox Christian teaching is snapped up immediately and peddled far and wide. Al Mohler has just written on this, and is worth citing:

“This is sensationalism masquerading as scholarship. One British newspaper notes that the claims about a married Jesus seem more worthy of fans of Dan Brown’s fictional work, The Da Vinci Code, than ‘real-life Harvard professors.’ If the fragment is authenticated, the existence of this little document will be of interest to historians of the era, but it is insanity to make the claims now running through the media.

“Professor King claims that these few words and phrases should be understood as presenting a different story of Jesus, a different gospel. She then argues that the words should be read as claiming that Jesus was married, that Mary Magdalene was likely his wife. She argues further that, while this document provides evidence of Jesus’ marital status, the phrases do not necessarily mean he was married. More than anything else, she argues against the claim that Christianity is a unified body of commonly-held truths.

“Those familiar with Karen King’s research and writings will recognize the argument. Her 2003 book, The Gospel of Mary of Magdala: Jesus and the First Woman Apostle, argued that another text from the era presented Mary Magdalene as the very model for apostleship.”

He concludes, “The energy behind all this is directed to the replacement of orthodox Christianity, its truth claims, its doctrines, its moral convictions, and its vision of both history and eternity with a secularized — indeed, Gnositicized — new version.

“Just look at the attention this tiny fragment of papyrus has garnered. Its few words and broken phrases are supposed to cast doubt on the New Testament and the doctrines of orthodox Christianity. A tiny little fragment which, even if authentically from the fourth century, is placed over against the four New Testament Gospels, all written within decades of Jesus’ earthy ministry. ‘The Gospel of Jesus’ Wife?’ Not hardly. This is sensationalism masquerading as scholarship. Nevertheless, do not miss what all this really represents — an effort to replace biblical Christianity with an entirely new faith.”

New Testament scholar Ben Witherington also questions this, and cites Simon Gathercole of Cambridge: “Jesus has female disciples in the canonical gospels, who support his ministry (Luke 8), and who are part of his entourage generally. There is no reference to marriage of any kind, which is striking in a biography.”

Also, Rev. Dr. Mark D. Roberts has written a very helpful and detailed study, “Was Jesus Married? A Careful Look at the Real Evidence”. His entire article is worth closely studying (see link below). Let me here just offer a few snippets from it:

“In this article I will examine the historical evidence for and against Jesus’ purported marriage. Whether we’d like to think of him as married or not is not particularly relevant here. What matters is historical evidence. We don’t need more ranting and raving about this issue, no matter what the position of the ranters and ravers. Rather, in the mythical words of Joe Friday, we need ‘Just the facts, ma’am’.”

He offers a number of arguments and collections of evidence to make his case that Jesus was most certainly not married, and then concludes with these words:

“One who has read The Da Vinci Code and been persuaded to accept its fictional history as fact will no doubt object at this point: ‘But you don’t understand. Jesus’ marriage to Mary was a secret. These texts only give tiny clues. The real truth of Jesus’ marriage was hidden, and that’s why the non-canonical gospels say so little about it.’ Of course this could be true, theoretically speaking. But I’d argue that we have much more evidence for Jesus having been an alien from outer space than the husband of Mary Magdalene. After all, he is transfigured on a mountain with glowing beings (Mark 9:2-8) and he ascends to heaven in a cloud (Acts 1:9). One can make up all sorts of theories about Jesus, but the only way to evaluate these theories is with the facts of the ancient texts we have. And these texts simply do not support the theory of Jesus’ marriage…

Finally, if you still want to cling to this, it should be pointed out that many experts question the authenticity of this papyrus altogether. As one reports states, “Scholars on Wednesday questioned the much-publicized discovery by a Harvard scholar that a 4th century fragment of papyrus provided the first evidence that some early Christians believed Jesus was married. And experts in the illicit antiquities trade also wondered about the motive of the fragment’s anonymous owner, noting that the document’s value has likely increased amid the publicity of the still-unproven find….

“Another participant at the congress, Alin Suciu, a papyrologist at the University of Hamburg, was more blunt. ‘I would say it’s a forgery. The script doesn’t look authentic’ when compared to other samples of Coptic papyrus script dated to the 4th century, he said.”

So it seems clear that we can put this one in the Dan Brown basket: fiction masquerading as truth.