While flying airplanes into skyscrapers is one good way to kill off a lot of infidels, there are other more subtle ways in which Islam can be spread and sharia imposed on everyone else. By working within the West, Muslims can still see their dreams realised of the establishment of a universal caliphate with everyone submitting to Allah.

And with millions of clueless and naive Westerners falling over themselves to ingratiate themselves to their Muslim overlords, their job is getting easier all the time. During the Cold War there were also plenty of “useful idiots” to use Lenin’s phrase: gullible and deceived Westerners who were promoting the Marxist vision to conquer the West. 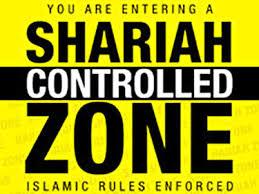 And Stalin even was so bold as to say, “When we hang the capitalists they will sell us the rope.” Well, plenty of ignorant and uninformed Westerners are selling the rope to Islamists as they seek to take our countries over from within.

Too many Westerners just don’t have a clue as to what is going on here. And that includes far too many Christians. Consider as our first example a few tweets and FB posts from Indian Sheikh Zakir Naik. I have written about him before: billmuehlenberg.com/2013/03/02/islamic-peace-conference-in-melbourne/

Incredibly I have had gullible Christians actually trying to tell me that this guy is really a “moderate” and one of the good guys! Well, check these out, and ask yourself just how moderate is he:

-I call for an immediate ban on the movie #Gravity as it shows #Earth to be spherical, which is against #Quran, & thus insulting to #muslims.

-No singing, no music. Prophet clearly mentioned that Allah had told him that all singers & artists will go to hell

-Saw #Muslim sister listening to music today. Asked her to stop immediately as she was following footsteps of devil

-Requesting all sisters to dress up properly in #hijab, otherwise you’re collecting sins while torturing the brothers www.youtube.com/watch?v=4aQ5skIEz4w

-Yeah, why not? Though I personally prefer late marriages. I got my daughter married at 7.

OK, so if that is a moderate Muslim speaking, I wonder what the non-moderates sound like! For more on this, check out three recent examples from Scandinavia. Begin with this video of so-called moderate Muslims at a peace conference unanimously supporting stoning. As one news item states:

“The speaker in the video below was doing well in proving his point that most Muslims are moderate. That is, until he asked his audience how they felt about stoning. The response he got may have done more to demonstrate that there is no such thing as a moderate Muslim.

“Addressing a Muslim group at a peace conference in Norway, Fahad Qureshiasked for a show of hands from attendees who consider themselves moderate – almost all hands go up. He then asks who supports stoning as a death penalty for adultery. Again, the response is unanimous. The exact question:

“’How many of you agree that the punishment described in the Qur’an and sunna – whether it’s death, whether it is stoning for adultery, whatever it is, as long as it is from Allah and his prophet – is the best possible punishment ever possible for humankind – and that is what we should apply in the world? How many agree with that?’”

Also from Norway comes this headline: “Norway: Oslo Police: ‘We Have Lost the City’.” The report says: “It looks like Karachi, Basra, and Mogadishu all rolled into one. People sell drugs openly just next to the Grønland subway station. It’s not Norway or Europe anymore, except when there is welfare money to be collected. The police have largely given up. Early in 2010 Aftenposten stated that there are sharia patrols in this area, and gay couples are assaulted and chased away. Immigrant Fatima Tetouani says that ‘Grønland is more Muslim than Morocco’.

“Readers should remember that Aftenposten, which is the largest newspaper in the Oslo region, is normally pro-Islamic and very Multicultural. The women are being raped at night in Oslo, and the men are robbed more than ever. In just the past ten years more than 4,000 people have been robbed in the town center and the area of the Grønland police station [an immigrant ghetto]. Most of them are young men.

“Sturla Nøstvik is robbery-victim 351 from Grønland just from this year, the same period in which around fifty assault-rapes have been reported in Oslo. The robbers play on fear, violence, and severe threats that leave a mark on the victims. Police superintendent Inge Sundeng in Grønland describes them as the ‘somewhat-forgotten victims’.”

In neighbouring Denmark people are starting to get fed up with all this: “After numerous heated debates over whether Muslims are imposing their culture upon Denmark, a poll shows that most Danes think too many concessions are made for the minority.

“The public debates over banned Christmas trees, halal meat at schools and cashiers wearing headscarves appear to have made the Danish population more wary about giving their Muslim neighbors cultural concessions. According to a new survey by market researcher TNS Gallup, carried out for Berlingske newspaper, every third non-Muslim Dane is under the impression that Denmark is too tolerant of its Muslim minority population.”

And consider this shocking story of Muslim violence, not in a Muslim-majority country, but in Australia. And most Australian news outlets did not bother to inform us that this was indeed a Muslim attack on Jews. It takes an overseas report to make the facts clear:

“Three Muslim men were arrested and charged with assault after brutally beating a Jewish family of five at a hotel in Sydney Australia, according to police reports. Two men remain in a hospital with serious injuries after the alleged anti-Semitic attack near Bondi Beach on Saturday.

“Five people were injured suffering from a fractured cheekbone, a broken nose, concussion, lacerations and bruises, when they were attacked by eight young Muslims in Blair Street. The victims told police that the attack was unprovoked and racially motivated. He said the family was returning from a Jewish Sabbath dinner, and that they do not know their attackers. They said that they did not do anything to incite the violence.”

Oh, and just to see what is ahead of us in the West if we keep moving in this direction of stealth jihad, consider this recent advance for women’s rights in Saudi Arabia: “Educated women have been banned from entering public libraries in the Hafar Al-Batin, Saudi Arabia. Mehr News quoted Al-Alam reporting that women in Hafar Al-Batin have expressed concerns over ban on their entering to public libraries.

“Nadia Aldul Rahman, an especial education expert told Ash-Sharq daily that Hafar al-Batin lacked good public library for citizens, and only a single public library is found in the city. ‘Borrowing books from private libraries is a difficult task, especially when with high prices, buying a book has been also difficult for people,’ she added.

“’Women have been banned from entering to public libraries and if they want to borrow a book, their legal guardian should do it for them,’ pointed out Nadia, adding that these guardians would lack necessary information as to the books to be borrowed, and her father or guardian should go to library several times in order that a woman use the reference section of the library.”

Coming soon to a library near you.

6 Replies to “More Scenes from the Sharia Wars”