So who does not want to be happy? We all do, but wanting something is not the same as finding it. We all strive after happiness, but how many people actually find true, lasting happiness? Of course for the Christian, we know this is a foolish quest.

Search for joy and it will elude you. Search for God wholeheartedly and you will be found by him, and happiness will be thrown in as a by-product. This is basic Christian teaching, yet sadly even most Christians today seem to get this wrong big time.

So many sermons we hear today are all about your own happiness and peace and satisfaction and having all your desires met. How can I be successful and happy and satisfied and prosperous? That is what we hear so often: it is all about self, self-satisfaction, self-fulfilment and personal happiness.

Instead of the biblical emphasis on the denial of self, we get plenty of self-centred foolishness by church leaders who should know better. We expect the world to get it wrong here, but Christian pastors? Consider folks like Joel Osteen, the guy with the biggest church in America. This is what he said:

“To find happiness, quit focusing on what’s wrong with you and start focusing on what’s right with you”. Um no, Joel, that is not the way it works at all. That is not even remotely biblical. We are to focus on God and God alone, and seek after holiness (without which no one will see God – Hebrews 12:14) and as a by-product, peace and happiness may well follow. But we are never told to seek after it, put it first, or to believe that we can somehow find it by focusing on our self. 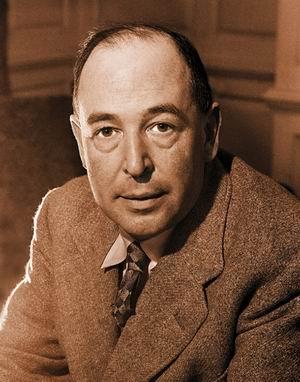 The real nature of happiness, and why it should not be our central concern, is something C S Lewis spoke often about. He wrote much about happiness, or joy. Indeed, he called his autobiography Surprised By Joy. In his many well-known works he speaks much to this.

Here I want to look at some of his lesser-known writings as I discuss this issue. He wrote about these themes throughout his life, and even in his very last writing before his death in November 1963, he was discussing this. His essay “We Have No ‘Right To Happiness'” (later published in God in the Dock) speaks directly to this.

So what did he say in his last known writing? He mentions a woman who claimed a “right to happiness,” and says: “At first this sounds to me as odd as a right to good luck. For I believe – whatever one school of moralists may say – that we depend for a very great deal of our happiness or misery on circumstances outside of human control. A right to happiness doesn’t, for me, make much more sense than a right to be six feet tall, or to have a millionaire for your father, or to get good weather whenever you want to have a picnic.”

He goes on to say that this woman meant primarily “sexual happiness”. He concludes his piece with these words: “Though the ‘right to happiness’ is chiefly claimed for the sexual impulse, it seems to me impossible that the matter should stay there. The fatal principle, once allowed in that department, must sooner or later seep through our whole lives. We thus advance toward a state of society in which not only each man but every impulse in each man claims carte blanche. And then, though our technological skill may help us survive a little longer, our civilization will have died at heart, and will – one dare not even add ‘unfortunately’ – be swept away.”

Another essay, also found in God in the Dock, is entitled “Answers to Questions on Christianity”. Question 11 asks this: “Which of the religions of the world gives to its followers the greatest happiness?” To this he gave this now famous reply:

“While it lasts, the religion of worshipping oneself is the best. I have an elderly acquaintance of about eighty, who has lived a life of unbroken selfishness and self-admiration from the earliest years, and is, more or less, I regret to say, one of the happiest men I know. From the moral point of view it is very difficult! I am not approaching the question from that angle. As you perhaps know, I haven’t always been a Christian. I didn’t go to religion to make me happy. I always knew a bottle of Port would do that. If you want a religion to make you feel really comfortable, I certainly don’t recommend Christianity. I am certain there must be a patent American article on the market which will suit you far better, but I can’t give any advice on it.”

But perhaps some of his most-well known comments about happiness come from his classic Mere Christianity. As he says there: “The moment you have a self at all, there is a possibility of putting yourself first—wanting to be the centre—wanting to be God, in fact. That was the sin of Satan: and that was the sin he taught the human race. Some people think the fall of man had something to do with sex, but that is a mistake. (The story in the Book of Genesis rather suggests that some corruption in our sexual nature followed the fall and was its result, not its cause.)

“What Satan put into the heads of our remote ancestors was the idea that they could ‘be like gods’ – could set up on their own as if they had created themselves – be their own masters – invent some sort of happiness for themselves outside God, apart from God. And out of that hopeless attempt has come nearly all that we call human history – money, poverty, ambition, war, prostitution, classes, empires, slavery – the long terrible story of man trying to find something other than God which will make him happy.

“The reason why it can never succeed is this. God made us: invented us as a man invents an engine. A car is made to run on petrol, and it would not run properly on anything else. Now God designed the human machine to run on Himself. He Himself is the fuel our spirits were designed to burn, or the food our spirits were designed to feed on. There is no other. That is why it is just no good asking God to make us happy in our own way without bothering about religion. God cannot give us a happiness and peace apart from Himself, because it is not there. There is no such thing.”

And the very last paragraph of his book says this: “Give up yourself and you will find your real self. Lose your life and you will save it. Submit to death, death of your ambitions and favourite wishes every day and death of your whole body in the end submit with every fibre of your being, and you will find eternal life. Keep back nothing. Nothing that you have not given away will be really yours. Nothing in you that has not died will ever be raised from the dead. Look for yourself, and you will find in the long run only hatred, loneliness, despair, rage, ruin, and decay. But look for Christ and you will find Him, and with Him everything else thrown in.”

Exactly right. This is indeed the basic Christian understanding, yet we have an entire generation of Christian teachers and preachers who have totally lost this, and are preaching a me-centred gospel which must disappoint. A focus on self, our wants, our desires, and our lusts is exactly what Satan wants us to do – but not God.

Jesus made the secret to happiness absolutely plain in the Beatitudes (Matthew 5:1-12). Blessedness or happiness consists of being poor, being meek, mourning, being persecuted, and the like. That is the path to happiness. It is about denial of self, as Jesus spoke about so often.

It certainly is not about being fixated on self, seeking your best life now, or aiming for material wealth and possessions. What Lewis said about happiness is just the simple Christian gospel. How can so many believers and preachers today miss this so thoroughly?