The rapid pace of our moral freefall and spiritual disintegration in the West is an appalling thing to behold. And we are indeed beholding it. We are living through the collapse of the West, witnessing first-hand our own national immolation. Trying to get a handle on all this is not always easy.

Many folks are perplexed and bewildered at the wholesale disintegration of society and the fact that it seems we really are sinking in moral quicksand with no way out. How do we account for all this? The biblical worldview explains it fully and in detail.

Several apt biblical descriptors can be used here, including “divine abandonment” and “reprobation”. The word “reprobate” is not often heard in contemporary culture, but it is a thoroughly biblical word, and is very much fitting in today’s West. 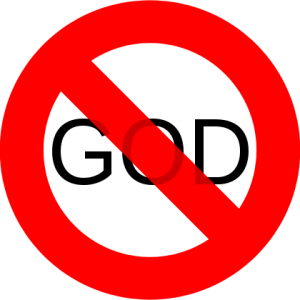 One of the key biblical usages of this term is found in Romans 1:28. The KJV puts it this way: “And even as they did not like to retain God in their knowledge, God gave them over to a reprobate mind, to do those things which are not convenient.”

The NIV says this: “Furthermore, just as they did not think it worthwhile to retain the knowledge of God, so God gave them over to a depraved mind, so that they do what ought not to be done.” And the ESV translates things this way: “And since they did not see fit to acknowledge God, God gave them up to a debased mind to do what ought not to be done.”

The rampant immorality, sin and debauchery we see everywhere around us can in part be explained by this extremely frightening truth: things can get so bad that God actually hands people over to their own sin and wickedness. Indeed, the shocking phrase “God gave them over” is found three times in short succession here.

The other two occasions are found in verses 24 and 26: “Therefore God gave them over in the sinful desires of their hearts to sexual impurity for the degrading of their bodies with one another. They exchanged the truth about God for a lie, and worshiped and served created things rather than the Creator—who is forever praised. Amen.

“Because of this, God gave them over to shameful lusts. Even their women exchanged natural sexual relations for unnatural ones. In the same way the men also abandoned natural relations with women and were inflamed with lust for one another. Men committed shameful acts with other men, and received in themselves the due penalty for their error” (Rom 1:24-27).

Shockingly, God hands people over. And notice what Paul uses as his supreme example of reprobation, of being given over: homosexuality. Paul makes it quite clear that when homosexuality runs amok in a society, that is a very solid indication that God has forsaken that society, and divinely-permitted reprobation is occurring.

Let me look at these ideas in a bit more detail. Douglas Moo explains what the “worthless mind” entails: “The Greek for ‘mind’ is nous. This word refers to more than intellectual capacity; it is the organ of moral reasoning and willing”. Thus they cannot discern and understand the will of God and that which is right.

In other words, their moral compass is completely damaged. As Frank Matera comments, such people under divine abandonment have a “cold and calculating mind that no longer distinguishes between good and evil.” Their evil passions and desires lead to a morally dead mind and conscience.

Ben Witherington emphasises the connection between act and thought here: “This passage implies quite a great deal about the nexus of belief and behavior. It assumes that bad theology, or at least deliberately ignoring good theology by ignoring God, leads to misbehavior.”

Martyn Lloyd-Jones ties things together this way: “When mankind refuses to glorify God as God, when mankind does not thank Him and address Him and worship Him as it ought, and when, in its cleverness, it dismisses or throws Him out, what God does is to do exactly the same to mankind.

“In other words, what we have here is an account of God’s judicial abandonment of man in sin. And you notice that He even abandoned them in their minds, which is the most terrifying and terrible thing of all. . . . The tragedy of man in the world is not only that he is debased in his conduct, he is debased in his mind. He cannot think straight. That is why he tries to justify these vile things, and tries to explain them in terms of biology or psychology and so on. . . . And when a man’s mind has become reprobate, there is no hope for him, there is nothing to appeal to!”

If all this appears to be so very diabolical, there is good reason for this. As James Montgomery Boice writes, “At the end is a mind not merely foolish or in error, but totally depraved. It is a mind so depraved that it begins to think that what is bad is actually good and that what is good is actually bad. May I say it? It is the mind of the devil.”

It does indeed seem that every demon in hell is running around with free rein, allowed to do their ugly deeds. We see it everywhere today. But Romans 1:18-32 describes it all perfectly. Nothing surprising here. This is evil compounded: sinful men given over to their sin and to a debased mind.

This explains so well what we are now witnessing. A recent piece by Michael Bresciani discussing the scene in America under Obama makes much the same case: “In the simplest terms, all that pertains to God, righteousness and morality is shunned in an atmosphere of self-indulgence and lawlessness.

“Before reprobation sets in on a generation, they may be found acknowledging and repenting of their sins. After reprobation begins to take root, they are found affirming and celebrating their sins. Nowadays, anyone calling out the sin is called a hater of the sinner. The lawless then turn to the law to force acceptance of their lawlessness. It is a vicious cycle that leads to destruction.

“If you want to lust for those of your own gender you must be protected by the law to do so, and even the suggestion of someone counseling you to avoid the temptation must be silenced. Several states have adopted laws to stop counseling to change the minds of youngsters who are inclined toward their own sex.

“The law of God is being sidestepped by popular trends, PC notions of diversity, and the ‘new morality,’ which is only amorality (disregard of all morality) passing itself off under a new name. Changing the laws is a means of changing definitions of social institutions to remove from life any borders or parameters that define good and evil.”

He concludes: “Is there a way to turn around America’s plunge into reprobation? To say otherwise would be to deny that God can and will bring a people back into favor if they will turn and serve him again. Since Obama took office we may have seen this verse quoted time and again as a call to a nation that is surely going reprobate. The key is obedience. For all that God says in His word, it’s time for the heeding, not just the reading.”

And the verse he rightly appeals to is this: “If my people, which are called by my name, shall humble themselves, and pray, and seek my face, and turn from their wicked ways; then will I hear from heaven, and will forgive their sin, and will heal their land.” (2 Ch 7:14)

That is indeed our only hope.

9 Replies to “Our Abandoned, Reprobate Society”