Two other reasons can be mentioned. In a month I will be in the very country here this horrible assault and injustice took place – the United Arab Emirates (UAE). Even though it is just a stopover to Europe, it is still possible that a kiss on my wife’s cheek in public there could see me thrown into jail.

Also, the story points out a tragic reality: in Islam there can be no “reform”. As I told a conference just a week ago, while genuine reform is possible in something like Christianity (remember the Reformation?), it is not in Islam. This is because in Christianity, if you go astray from the basics and basis of Christianity – the life and teachings of Jesus Christ – real reform means going back to the roots, getting back on track.

But Islam is considered to be the perfect religion, and those calling for reform – the so-called moderates who want to see less violence, terror, misogyny and oppression – are seeking to get away from the roots, the basics, of Islam. But that is verboten in Islam.

To seek to reform or amend Islam by moving away from the original teachings and practices is anathema. A true Muslim is one who unquestioningly submits, and does not swerve from the example and teachings of Muhammad – the perfect model of what a true Muslim is to be like.

So if Muhammad had a low view of women, and treated many of them so very poorly, then all Muslim men are called to go and do likewise. Child brides, multiple wives, wife-beating – these are all enjoined and justified in Islam. Muhammad did these things, the Koran and hadith promote them, and so good Muslims today should also do these things. 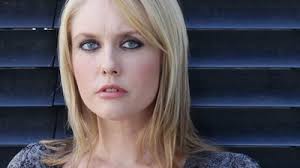 So back to my story. The shocking case of what happened to Australian woman Alicia Gali may now be old news, but I suspect the overwhelming majority of Australians have never heard of her and her case. So let me briefly summarise it here for you.

At age 27 Alicia Gali got what she thought was a dream job at a fancy resort in the UAE. Her dream turned into a nightmare within a few short months of her arrival. Her room had been deliberately sabotaged so she had to spend time down at the staff bar, where her drink was spiked. A day later she awoke naked with four broken ribs and other injuries – the victim of a vicious gang rape.

But in Islam women are guilty until proven innocent. Islamic law states that four adult male Muslim witnesses are needed to prove a rape – to prove that it was non-consensual! Yes you read that right. So the trial did not take very long to have the book thrown at her. It took less than 30 minutes for her to be found guilty, and she was sentenced to a one year prison term: 1 month for drinking and 11 months for sex outside marriage.

She did not serve all of that one year sentence, but she did spend eight months in jail, finally to be released in March 2009. So imagine that: get raped in an Islamic country and then do jail time for your “crime”. But of course this is the norm in so many Muslim-majority countries where sharia law predominates.

A very revealing and sickening 14-minute video of her experience there can be seen here: www.youtube.com/watch?v=LUM3pTwp6xY

A follow-up story written three years later testifies to her ongoing trauma and pain: “Alicia Gali is still severely traumatised. The Brisbane woman, 30, who spent eight months in jail, has been hospitalised three times in the past year, she still has flashbacks and nightmares and she will need more treatment.

“She says that noises and smells that remind her of the ‘horrendous’ conditions inside the squalid prison continue to trigger anxiety, panic attacks and flashbacks to her ordeal. ‘It can be as simple as smells of bad body odour, certain foods, people talking in different languages, if I see something about an assault or about a prison,’ she told The Sunday Mail last week. ‘If I feel I’m in a space where I can’t get out, I’m trapped or confined in some way, I have panic attacks, very bad claustrophobia’….

“Ms Gali, who has been diagnosed with severe complex post traumatic stress disorder, is unable to work and has had to borrow from family and friends to pay for some of her hospital treatment and counselling. ‘Alicia has been through an incredibly traumatic ordeal and she deserves much better than this from her former employers, who failed to provide her with a safe working environment,’ Maurice Blackburn lawyer Michelle James said.”

This is just one story. The tragedy is that there are countless other similar stories. This is how Islam treats women – even non-Muslim women from non-Muslim countries. What this Queensland woman endured is what far too many other women have to go through.

I have written elsewhere of how Islam officially endorses this sort of treatment of women: billmuehlenberg.com/2006/11/02/islam-and-women/

I encourage all of you to watch the short video I linked to above. And share this story far and wide. We all need to stand up for women, and stand against this religion of hate which treats women so abominably. Not to speak up here is to side with the oppressors. We must act now to prevent this happening in the future.