The New Testament clearly teaches that as we move closer to the end of human history, there will be major cases of apostasy, compromise, and selling out of the gospel. The spirit of the age will slowly but steadily grip more tightly the church and those claiming to be Christ’s disciples, squeezing the biblical and spiritual life out of it.

That is why the NT also spends so much time warning us about not allowing the world to squeeze us into its mould. We are to resist the world and its ungodly and anti-God directions and agendas, and not accommodate ourselves to it, or seek to work for peaceful coexistence with it. 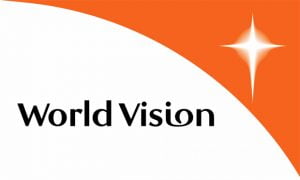 Yet everywhere we see signs of the church caving in, selling out, and running away from its clear biblical mandate. Entire denominations are involved in compromise, carnality, and corruption. Churches, church leaders, and Christian organisations are all capitulating and abandoning biblical absolutes, all in the name of getting along, appearing to be tolerant and non-offensive, and to win favour with the world.

A lengthy article in a major Christian media outlet offers us another clear example of this. Indeed, the article has already been updated and supplemented, presumably to allow the offending party to offer more of a rationale for what it is doing.

I refer to the US World Vision which has now caved in on the issues of homosexuality and homosexual marriage. Although they claim they have not caved in at all, it is hard to see this in any other light. The piece opens with these words:

“World Vision’s American branch will no longer require its more than 1,100 employees to restrict their sexual activity to marriage between one man and one woman. Abstinence outside of marriage remains a rule. But a policy change announced Monday [March 24] will now permit gay Christians in legal same-sex marriages to be employed at one of America’s largest Christian charities.

“In an exclusive interview, World Vision U.S. president Richard Stearns explained to Christianity Today the rationale behind changing this ‘condition of employment,’ whether financial or legal pressures were involved, and whether other Christian organizations with faith-based hiring rules should follow World Vision’s lead. Stearns asserts that the ‘very narrow policy change’ should be viewed by others as ‘symbolic not of compromise but of [Christian] unity.’ He even hopes it will inspire unity elsewhere among Christians.”

You can read the lengthy article for yourself. The head honchos at WV bend over backwards to argue this is no biggee, that they are still great Christians, and that there is nothing wrong with this approach. Well I for one disagree big time.

Stearns said this as a summary of their position: “We feel positive about what we’ve done. Our motives are pure. We’re not doing this because of any outside pressure. We’re not doing this to get more revenue. We’re really doing this because it’s the right thing to do, and it’s the right thing to do for unity within the church. I’m hoping this may inspire unity among others as well. To say how can we come together across some differences and still join together as brothers and sisters in Christ in our common mission of building the kingdom.”

Um no. It is never the right thing for Christian bodies to effectively give endorsement of and approval to what the Bible clearly calls sin. That is never right and that can never be done by those who claim to be followers of Jesus Christ. And that is just as true of parachurch groups as it is of churches.

The claim that WV can do this because they are a parachurch group just does not wash. They are claiming to be a Christian parachurch group. They are claiming to represent Jesus Christ and biblical values. By giving implicit if not explicit endorsement of homosexuality and homosexual marriage, they are saying they prefer to tell God that he is wrong, and they prefer to reject the Word of God as authoritative and normative.

There are no biblical exceptions to this – absolutely none. Yet WV now thinks they can make such exceptions. They seem to think that even though God has absolutely forbidden homosexuality and homosexual marriage, they will allow it without any reservations whatsoever. That my friends is a sell-out, pure and simple.

The word “unity” is used often by Stearns and other supporters of this policy. But as I have written elsewhere, Christian unity can never be undertaken at the expense of biblical truth. While we are all to strive for biblical unity wherever possible, it is never to be done by messing with the clear teachings of the Word of God.

Let me offer just two words of warning here, amongst many that could be appealed to. Charles Spurgeon put it this way: “To pursue union at the expense of truth is treason to the Lord Jesus Christ.” And as Martin Luther said: “Peace if possible, truth at all costs.”

Just getting along, being as non-offensive as possible, and trying to keep everyone happy, are never to be seen as Christian virtues. Indeed, more often than not, they can be downright vices. When we indicate so clearly to the surrounding culture that our fear of offending worldlings is of more concern to us than fear of offending the living, holy God, then we have already lost the plot.

We might as well then just stop pretending we are Christian organisations anymore. Indeed, this is simply compromise and capitulation, designed to show how “progressive” and “tolerant” WV is. It may win them many more non-Christian supporters, but hopefully plenty of biblical Christians will see that other more explicitly Christian charity groups should be supported – those which continue to fully affirm all biblical values, not just some.

If these groups want to self-identify as gay-friendly, world-cosy, and radical leftist, that is up to them. But they should stop claiming to be Christian-based. The truth is, the founder of WV, Bob Pierce, would likely be rolling in his grave now as he sees all these changes, and the move to be more and more like the world of the secular left, than the world of New Testament Christianity.

32 Replies to “Another Christian Sell-out”