So what do you do with thousands of leftover unborn babies? Well, burning them to heat your joint is always an option. Hey, why not? Recycling aborted babies is an environmental winner, and if you can warm up your place at the same time, it is a real plus.

And I am not making this up folks. This has actually occurred. Here is the story which has just recently surfaced in the UK: 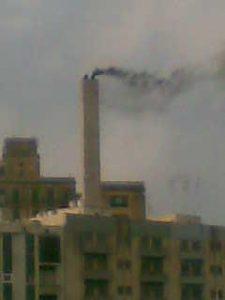 “The bodies of thousands of aborted and miscarried babies were incinerated as clinical waste, with some even used to heat hospitals, an investigation has found. Ten NHS trusts have admitted burning foetal remains alongside other rubbish while two others used the bodies in ‘waste-to-energy’ plants which generate power for heat.

Well, why not? When we live in a culture that so cheapens and demeans human life, even the most innocent and helpless amongst us, then it seems that anything goes. Our moral compass appears to be shattered beyond repair, and we have managed to convince ourselves that in the interests of personal autonomy and freedom anything and everything is acceptable – even using aborted babies as fuel.

That makes our guilt even more pronounced. We fail to learn the lessons of history here. God does not take lightly the slaughter of the innocent and the massacre of children. Yet our cultures today are up to their ears in all this bloodshed and evil. We stand condemned before a holy God who cannot long allow such barbarism to go unchecked.

Some years ago I wrote a piece on the ancient practice of child sacrifice, and the clear parallels to our own culture of death. The similarities between what they did and what we are doing with abortion are frightening in the extreme: billmuehlenberg.com/2006/09/01/a-different-perspective-on-abortion/

I concluded that article with these words: “God hated such practices and he had to act. Can we see parallels with the practice of abortion today? We may not be appeasing fertility gods, but we certainly are appeasing other modern gods: a woman’s right to choose, career paths, convenience, lifestyle choices, unrestricted promiscuity, and so on.

“Our only response can be repentance and then obedience. We need to wake up to the tragedy of abortion, and seek God’s heart over it. If not, certain judgment awaits.”

It sure does. We have come to the place where we slavishly worship the earth and do all we can to preserve animal and plant life, yet we kill babies with impunity at the same time. As one wise commentator said some years ago, “What irony that a society confronted with plastic bags filled with the remains of aborted babies should be more concerned about the problem of recycling the plastic.”

All we can do is get on our faces before Almighty God and cry out for mercy.