OK, there is not much new one can say about books. They have been around for quite a while now. A couple of millennia ago King Solomon could say this about them: “Of making many books there is no end, and much study wearies the body.” (Ecclesiastes 12:12) 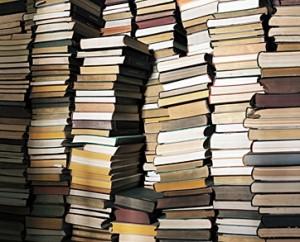 And if part of my concern here is the decline of reading (and it is in decline), then the problem is, those who can’t or don’t read will not avail themselves of this piece, while those who do read will not need it! Nonetheless, let me tie together three different news items I have recently come across on the issue of books, reading and Christianity.

The first is a bit of a worry if you are a book lover. It speaks about a general global decline in book sales. One report begins this way:

According to data presented yesterday at the IfBookThen conference in Milan by David Walter, Research and Development Analyst for Nielsen BookScan, book sales around the world are in general decline. Sales in the US in 2012 were down 9.3%, Spain -10.3%, South Africa -8.8%, Italy -7%…to cite just some examples. Walter noted that sales in the UK fell by 3.4%, data which corresponds with that from Bowker Market Research cited in our feature story today, “UK Book Buyers Spend Less, But Still Loyal to Print.”
The one bright spot around the world was India, where sales were up 16%, but this was “not nearly as large a jump as we had anticipated.” Certainly in Spain and Italy, you can blame the recession. But the US claims its economy is in recovery. So what’s going on?
In South Korea, where book sales there were down 20% in 2012, the drop was blamed on a simple phenomenon: “Korean’s don’t read books and don’t read newspapers,” wrote The Korea Times. Earlier this month a New York Times Op-Ed, called out Mexico as “The Country that Stopped Reading” and blamed a failing education system for the lack of commitment to reading.

A decline in book sales presumably has something to do with a decline in reading. That is always a worry. A people who don’t read are a people easily led like sheep to an unhelpful end. Christians of all people should be readers, but many believers are not reading at all.

I read a horror statistic some years ago now saying that the average American reads just one book a year. That is a shocker, at least in my eyes. Back in 2003 Arthur Hunt penned The Vanishing Word: The Veneration of Visual Imagery in the Postmodern World (Crossway).

In it he bemoaned the general decline in reading and a book culture, and the rise of content-less imagery in its place. Christianity is of course all about the Word (see John 1 for example) and thus believers should always have a high view of the word, since that is a primary means by which God has chosen to communicate.

My second, and somewhat unrelated item has to do with recent trends in Christian writing and publishing. One article says in part:

Over the past 25 years some of the major Christian publishers—Zondervan and Thomas Nelson, for example—became part of big, non-Christian operations. A lot of these grand, old publishing houses published really good, solid Christian books—no fluff—but the business drove the companies to produce more and more lightweight things, and gifts became big. Then they became part of for-profit companies: Management is responsible to the stockholders, so the bottom line has got to drive them.
What are some of the other dangers facing the Christian publishing industry now? The great masses and many megachurch pastors are not as discerning as they need to be, so I’m worried that people will drift because they’re reading the pabulum that’s served up. If something sells a lot, the Christian public tends to go and read it.

The piece goes on to talk about things like Christian ghost-writers (it happens more than we may think) and the way Christian leaders will charge to have their blurb on the back cover of a book. It is all very interesting, if at times concerning, reading.

My last item is more of a worry or at least should be. It speaks to the continued increase in biblical illiteracy amongst Christians. One report on this opens as follows:

A recent American Bible Society survey that reveals a rising number of people skeptical of the Bible and a diminishing number who view it as sacred isn’t rattling some Baptist ministers. What concerns them, instead, is the growing number of Christians who swear by Scripture but don’t do such a good job of knowing—or following—what actually is in it. “Biblical illiteracy has been on the rise for some time with the nature of our country being post-Christian and less people going to church,” said Joe Bumbulis, minister to students and missions at First Baptist Church in Austin. “Even Christians don’t know the book and the (biblical) stories.”
Scholars, too, say ignorance about the Bible is afflicting congregations across the denominational spectrum. That means passing references to “the prodigal son,” the “woman at the well” or “the Psalms of David” are just as likely to generate blank stares as affirming nods, said Bill Leonard, a professor of Baptist studies and church history at Wake Forest University School of Divinity.
“Basic biblical knowledge can’t be taken for granted. It’s no longer possible to suppose the people sitting in the pews understand biblical references or givens to any significant degree,” Leonard said. “Basic biblical knowledge cannot be taken for granted in anybody’s church anymore.”

Now an entire article can be written on this topic alone. I have often spoken to it, and it is clearly one of the big concerns in our churches today. And we can speak about who is to blame here. Is it more the fault of those in the pulpits, or those in the pews?

I suspect a bit of each really. We have such a dumbed-down gospel message we present today, with sermons little more than cotton-candy chats filled with humanistic platitudes and feel-good self-help pointers, with a few passages of Scripture thrown in along the way. And most believers love it that way.

But I have addressed that topic often elsewhere, so no need to rehearse it again here. See for example: billmuehlenberg.com/2011/05/14/rampant-biblical-illiteracy/

Since this is about books and reading, let me just close with a few of my fav quotes on all this, from a wide range of sources:

“I would be most content if my children grew up to be the kind of people who think decorating consists mostly of building enough bookshelves.” (Anna Quindlen)

“A house that has a library in it has a soul.” (Plato)

“Like the dope fiend who cannot move from place to place without taking with him a plentiful supply of his deadly balm, I never venture far without a sufficiency of reading matter.” (Somerset Maugham)

“My books. I cannot tell you what they are to me – silent, wealthy, loyal lovers. . . . I do thank God for my books with every fiber of my being. Friends that are ever true and that are ever your own.” (Oswald Chambers)

“Master those books you have. Read them thoroughly. Bathe in them until they saturate you. Read and reread them, masticate and digest them. Let them go into your very self. Peruse a good book several times and make notes and analysis of it. A student will find that his mental constitution is more affected by one book thoroughly mastered than by twenty books he has merely skimmed. Little learning and much pride come of hasty reading. Some men are disabled from thinking by their putting meditation away for the sake of much reading. In reading let your motto be, ‘much not many’.” (Charles Spurgeon)

“When I get a little money I buy books; and if any is left I buy food and clothes.” (Erasmus)

“A room without books is like a body without a soul.” (G. K. Chesterton)

“If a book is worth reading, it is worth buying.” (John Ruskin)

10 Replies to “On Books, Reading, and Christianity”