A 21-year-old woman has videoed herself as she murdered her younger nephew. The nephew was a toddler – just two years old – but the killer wanted to film the killing to demonstrate “that there is such thing as a positive murder story.” The New York woman says she has no regrets about her actions.

She believes it was a “positive experience” and could be liberating for others who may want to remove unwanted children from their lives. She also claimed it was a “beautiful moment”. She claims that society places unnecessary guilt on people who go down this path, so her video was made to help others overcome this unnecessary guilt. 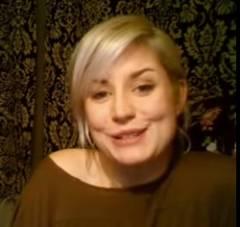 OK, if you are shocked, repulsed and in disbelief about the above story, you have at least some reasons to be. You see, I made the story up – but not entirely. It is actually based on an entirely true story. I just happened to change a few small details, that’s all.

By now most of you would have heard about a woman who did something really quite similar. She filmed her own abortion and posted it online to show how neat abortion is and to ’empower’ other women to do the same. Yes, I kid you not.

One report covers the gruesome story this way:

A 25-year-old abortion counsellor has had her own termination filmed to demonstrate “that there is such thing as a positive abortion story.” “I found out that I’m pregnant… I’m not ready to have children,” Emily Letts, who works at the Cherry Hill Women’s Center in New Jersey, explained in the controversial video.
“I feel completely comfortable with the decision… I’m supported by everyone. I just want to share my story to show women that there is such a thing as a positive abortion story,” she said. The video, which was uploaded to YouTube in mid-March, includes a segment in which Letts reflects on her decision six weeks after the procedure.
She says: “I feel like I talk to women all the time (in my job) and they’re like, ‘of course everyone feels bad about this, of course everyone’s going to feel guilty.’” “I don’t feel like a bad person. I don’t feel sad,” she says. “I feel in awe of the fact that I can make a baby. I can make a life.”

Another story says this:

Emily Letts released this film three months ago; but it recently came to my attention after her story was reported by Think Progress, a liberal publication. Emily is an abortion “counselor” at Cherry Hill Women’s Center in New Jersey.
According to a column she wrote for Cosmopolitan, she learned she was pregnant last November. She was not using birth control, even though she was having sex with various partners…
Her administrator heard about this and introduced her to a woman who has aptly named herself “Angie AntiTheist.”
This woman had earlier filmed herself taking an abortion pill and put it on YouTube. Emily felt inspired by this woman’s act of murder on camera, and decided she needed to do her part. Since she couldn’t find any videos of a surgical abortion anywhere online, she felt like she needed to film it so that other women wouldn’t be afraid to undertake the same procedure. She felt like the film was a very positive experience…
According to the video, and to her column, Emily feels no guilt. According to her, any guilt that other women feel is just a result of societal pressure: “Our society breeds this guilt. We inhale it from all directions. Even women who come to the clinic completely solid in their decision to have an abortion say they feel guilty for not feeling guilty. Even though they know 110 percent that this is the best decision for them, they pressure themselves to feel bad about it. I didn’t feel bad.”

There you have it folks. Kill your own baby and feel good about it. Guilt? It is not real guilt. It just is imposed upon you by a chauvinistic and repressive society. So just learn to feel good about killing your own children. And of course if we can kill our own babies without a hint of remorse, then maybe it is OK to kill bothersome toddler nephews as well.

So perhaps my original story was not so far-fetched after all. It is the very same mindset. It entails the very same rationalisations. It is all about defending the indefensible. It is about denying our most basic of human instincts, and preferring instead to be just hardened killers.

Of course to do this you have to deny that such things as guilt exist. Instead of the reality of true guilt, we only have disposable guilt feelings which can be shed at will. The same with things like shame, a sense of remorse, and so on. Let us just deny those mere human feelings, and learn to live as hardened and calloused automatons, who can do whatever is ‘liberating’ and ‘freeing’.

That is where we have come to as a society. That is why this story is so very horrendous and shocking. And it is appalling on other levels as well. It is really a case of lying to other women. It is diabolical deception of the highest order.

As Lila Rose of Live Action said: “Letts’ campaign to normalize the execution of a child lies to all of us. She claims to film an abortion, but that is the one thing we don’t see. We don’t see the powerful suction machine ripping the developing embryo from the safe harbor of Letts’ uterus. We don’t see the child’s delicate arm and leg buds ripped apart by the force of the suction tube, or the child’s body parts floating afterward in a pool of blood and amniotic fluid in a medical receptacle. All we see is Letts’ smile, not her victim.”

Or as Penny Nance of Concerned Women for America said, abortion is not like having tonsils removed: “Often women suffer later. Even if they don’t suffer immediate physical ramifications, there are often psychological and emotional ramifications later.”

And as Carol Tobias of the National Right to Life Committee said, “It is a sad commentary on our nation that someone can be rewarded for filming an event that takes the life of an innocent unborn human being.”

It sure is. We have shifted so far as a culture in the West, that we now celebrate and promote the killing of innocent human beings, while we denounce and rail against those who seek to defend them. That sort of moral inversion cannot long last – no society can keep moving in that direction for too long.

Ben Shapiro highlights the reality behind all this: “The truth is that of all the liberal positions, the liberal position on abortion is the most inherently coercive and bullying. Feminists may think that they’re standing up for women, but they don’t give a damn about unborn women, who are the prime target of abortion.”

And we should have learned the lessons of history here. As Ray Comfort has put it, “Perhaps you think that whatever it is that’s growing within the womb is not human, and therefore can be eliminated like common waste. It’s okay to get rid of it because it’s not human. That’s what Hitler said of the Jews. He declared that they weren’t human, so that he could justify their elimination.”

I write this while being in Europe at the moment. It is hoped that Europeans will never forget what took place here less than a century ago. But it seems we still have not learned anything when it comes to the modern abortion holocaust.

15 Replies to “Why I Filmed My Murder”