The world rightly mourns when a horrific headline appears about the death of young children. Often we read about one tragedy or another in which babies, toddlers and/or children are cruelly lost. It is never easy to understand or accept. 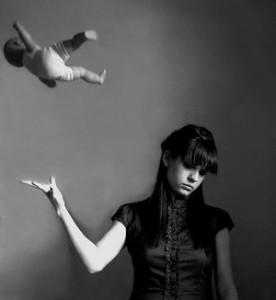 We of course expect that all children should be given a full chance at life – life to a ripe old age. When their lives are snuffed out at such an early stage – for whatever reason – it is always a tremendous tragedy and loss. Consider for example a terrible headline of just a week ago:

“Colombia mourns 32 children burnt alive on school bus after it caught fire when driver filled up running engine with petrol from a jerrycan.” It seems the children were coming home from Sunday school, and in addition to the dead, another 20 were injured.

The President of Colombia declared a day of national mourning for all the tragic victims and their families. Their fate was especially gruesome – burned to death. But we seem to exercise some selective moral outrage here. In this case, prosecutors have called for maximum 60 year sentences for those responsible.

But what about other cases where children are also burned to death? In some of these cases, it is actually legal, and we celebrate and promote such killing. I refer of course to one ghastly type of abortion – the saline or salt solution abortion.

This method of abortion also burns a child to death. Even though the child is unseen at first, the final product of a saline abortion is readily apparent for anyone who dares to look. One discussion of this method of baby-killing describes it this way:

The saline abortion procedure can only be done at 16 weeks or later when enough fluid is in the amniotic sac surrounding the baby. A long needle is inserted through the mother’s abdomen and the wall of the uterus into the amniotic cavity. As much amniotic fluid as possible, usually about one cup, is withdrawn. Then, a small dose of saline solution is injected. If the woman doesn’t experience any immediate signs of allergic reaction or rejection, the remaining solution is injected into the amniotic sac.
After the toxic mixture is injected, the baby swallows the salt solution and is poisoned and his skin burned. After suffering for 1 to 1 1/2; hours, the baby’s heartbeat stops. The corrosive effect of the salt solution burns the lungs and strips away the outer layer of the baby’s skin. The mother goes through labor and soon delivers a burned, shriveled and dead baby. The abortion, in medical terms, is considered a success. Because the unborn child’s pain receptors in the nervous system have developed, an unborn child can feel pain at 13 to 14 weeks gestation, well before saline abortions are performed.

Yet incredibly a baby can sometimes survive such a horrific procedure. One famous case is that of Gianna Jesson. The American abortion survivor and now active pro-life activist has been to Australia on several occasions, and offers an incredible story: www.mccl.org/gianna-jessen-abortion-survivor.html

Lynda Rose from Oxford is a great pro-life campaigner and Christian activist. I met her recently while in England and was impressed by her commitment to the cause. She has just written a piece on the need to honour the deaths of all children.

Her piece, entitled “Innocide – the slaughter of innocents,” is well worth reading, but let me offer a few snippets of it here. She speaks about her recent trip to Israel in which she visited Yad Vashem, the Holocaust Museum in Jerusalem. She writes:

Perhaps most moving of all, to me at least, was the separate Memorial to the children, hollowed out from an underground cavern as tribute to the 1.5 million Jewish children murdered during the Holocaust. To walk into and through the darkened dome, with the seemingly infinite reflections of candles winking like stars in an endless void, and to hear the whispered name of each child, recited without embellishment in a continuing cycle that takes three years to complete, is indescribably sad. “Who knows what the world has lost?” asked our guide. “One of these children might have discovered the cure for cancer, or a new form of energy, and now we’ll never know.”
Indeed, how can we possibly know in what ways the world has been impoverished by the loss of these young lives? And, as I looked up at the star-studded firmament of the dome, I found myself thinking of the 7 million innocent children whose lives have similarly been terminated in the UK since the passing of the Abortion Act in 1967. Globally, of course, that number is a mere fraction, because worldwide the figure of aborted babies since WW2 is a staggering 1.5 billion, a number increased each year by an estimated 50,000,000.
We are told as justification for this mass slaughter that abortion is a vital part of women’s rights. Women, goes the mantra, have the absolute right to choose what to do with their bodies, which overrides any putative right of the foetus; which of course before birth isn’t fully human anyway. Really? It may be pointed out that the vast majority of these women had the right in the first place to choose whether or not to have sex, but we are told that unrestrained sexual licence is also a fundamental human right these days, and the only answer therefore is not to teach restraint, which is unacceptably judgmental, but increased contraception and industrial scale abortion. Only by employing these policies, we are told, will we curb population growth, and ensure the survival of our species. So the somewhat bizarre result is that we encourage children to become sexually active from around the age of 12 – maybe even younger if they’re ‘ready’ – and then we mop up the mistakes.
What madness is this? 1.5 billion lives lost!

It is madness indeed. We mourn the tragic loss of some children, while seeking to justify the death of others. Such perverted moral schizophrenia must come to an end – and soon. All children have a fundamental right to life – not just some.

8 Replies to “Let’s Grieve For All Children”