It seems every day we find more cowardly, compromised and carnal Christians caving in to various worldly agendas. Instead of taking a stand for biblical truth, many are simply capitulating to the other side – partly in order to be liked, to be popular, and to be trendy.

These folks will one day stand before their Lord and give an account of their cowardice and betrayal. And far too many Christian leaders are in this boat as well. There are sadly plenty of compromised and spineless wonders found in so many pulpits today. 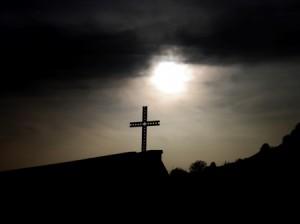 That is why it is so refreshing, if not even shocking, to find some Christian leaders who actually stand up and be counted, even if it means getting plenty of hate and abuse. Two recent cases have just surfaced of some brave Christian leaders who would rather be true to Christ and biblical principles than to be accepted by the masses.

They deserve our praise and our prayers. The first leader worth singling out is pastor Charlie Hughes from New Zealand. This courageous Christian and his wife would rather face the wrath of the militants and the forces of political correctness than to trample on the truth of Almighty God. Their story has just appeared in the press, so let me pass some of it along to you:

An Anglican pastor has quit the church and is taking his congregation with him after the governing body moved ahead with plans to bless same-sex relationships. Charlie Hughes, the former vicar of St Michael’s in Henderson, says he cannot reconcile the decision of the church to recognise same sex relationships with his ordination vows. He said the vows were a pledge to uphold the constitution of the Anglican Church. The constitution states it is “not lawful to ordain anything contrary to God’s word written”.
“It’s not because we have a problem with people who are in a same sex relationship but because of the commitment we have to shaping our lives around the teachings of the Bible,” Mr Hughes said. “This isn’t an anti-gay issue. This is a pro-Bible issue. There are seven completely clear statements in the Bible about same sex acts which are all disapproving.”
The Anglican Church’s ruling body this month issued an apology to the gay, lesbian, bisexual and transgender community. It also told clergy they could bless same sex marriages with a bishop’s permission and set out a path to formalising the recognition. The Herald is aware of intense debate in congregations grappling with how to accept the ruling of the governing body, the General Synod.
Mr Hughes said he knew of other churches in which rifts had formed. “There is a large body of Anglican clergy who are convinced this is the wrong way to go.” There was also a group of lawyers — including two QCs — who were working on a legal challenge to the church’s move. Two-thirds of St Michael’s board had also resigned as had half the staff, while Mr Hughes was in talks with a non-Anglican church to take over as minister.

Well done Charlie Hughes. Closer to home we have another leader who has decided that standing on principle is far better than compromise. Up in Queensland one college head has stood his ground, even though the forces of PC are now baying for his blood. The story begins:

The principal of a Christian College has come under fire for transferring two student teachers after they turned up for work dressed in traditional Muslim headwear. The two women, in their final year of a teaching degree, had started a work placement at Redlands College this year. In a newsletter addressed to the school’s parents on Tuesday, principal Mark Bensley outlined his reasons for dismissing the pair, explaining he had acted out of a “duty of care”.
“I have a duty of care to ensure that those teaching at the College are actively supporting the Christian principles, practices and beliefs of the College,” he wrote. “I see the wearing of the hijab as openly acting in a manner that is contrary to or inconsistent with these principles, practices and beliefs.” The principal explained that he had arranged for both students to transfer to another school to complete their respective field work. “While I respect their desire to wear a hijab, I feel it’s inappropriate to do so at Redlands College,” he wrote.
A statement issued to The Sunday Mail said, as a Christian school, Redlands College “respects and loves all people, from all backgrounds and religions”. “However we don’t hide our Christian values and we provide an important educational option for families seeking Christian education. “We are not aware that they (student teachers) had any concerns, and it is our understanding that all parties came to a mutual agreement for the benefit of all.”

Predictably, it was clueless Christians who made the biggest stink:

One Redlands College parent, Jennie Duke, took to social media to express her disappointment at the school’s decision. “So very sad that my daughter attends this school and my university sends our student teachers there,” Ms Duke wrote. While some have labelled Redlands College “Redneck College”, others have questioned Mr Bensley’s Christian faith. “It’s not very “Christian like” for a Christian school to tell student teachers that they are not welcome to teach and learn because they wear a hijab,” one user wrote.

Of course it is Christlike to stand up for Christian principles. If someone attends a Christian college, they should abide by the ethos and rules of the school. Just imagine if a Christian demanded to parade around a Muslim school with a cross and a Bible. It would never happen of course.

The TV news also got this wrong big time, siding as they usually do with the Muslim community. They even claimed that Muslim leaders said that Christians are free to do as they please in Muslim schools. Umm, no. Consider just one case. The headline goes this way: “Furious debate as teachers at Islamic College of SA’s West Croydon campus ordered to wear hijab or face sack”.

The February 11, 2013 story began this way: “A warning from South Australia’s biggest Islamic school that teachers – including many non-Muslims – will lose their jobs if they do not wear a hijab to school functions and outings has sparked outrage.” So much for Christian freedoms in Muslim schools.”

So well done to Mark Bensley for sticking to his guns. He and Hughes are champions in my books. I sure wish we had more Christian leaders like them, instead of all the invertebrates we find all over Western Christendom today. It is time for those who name the name of Christ to stand and stand strong.

Hopefully this is just the beginning.