One advantage of getting a bit older is that the helpful tool of hindsight kicks in, and perspective is enhanced over the flow of years. You start to see the bigger picture, even if just over the period of your own lifetime. You can look back and notice what has changed and what has stayed the same.

I became a Christian in the US back in 1971, and I have been in the evangelical Protestant camp ever since. So my remarks here are mainly about American evangelicalism, although similar sorts of things could be said about other Western forms of evangelicalism. 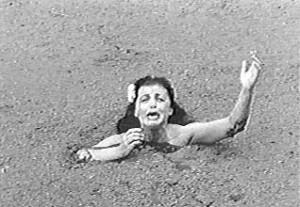 Obviously many things do not remain the same. Culture changes, society changes, and institutions change. The church is an institution – among other things – which certainly should not change, in some ways, while being able to change in others.

Obviously its core beliefs and message should not change. But its methods can and at times should change, to make the unchanging message more accessible to modern ears. The problem is, the surrounding culture often has far too much impact on the church, instead of the church having an impact on the culture.

Too often the world squeezes the church into its mould. Too often the church therefore capitulates, accommodates, compromises and sells out the gospel message in order to fit in with the world around it. When that happens we are all in big trouble indeed.

Having been an evangelical now for 43 years, I can see this process happening all over the place. I can see churches selling out, I can see Christian groups compromising, and I can see individual believers losing the plot, if not losing the faith.

I have seen many fellow Christians come and go over the years. Far too many have tragically rejected their faith altogether. So being able to see changes over a long period of time helps us in our understanding of why the church is the way it is, and to see if it is getting further off course or not.

And it also helps when we can hear the perspective of other believers as well. One American evangelical, theologian, and Baptist pastor has just recently discussed these very matters. Born just a year before I was, Roger Olson has also been observing and assessing the evangelical community, and noticing the many changes along the way.

A few weeks ago he offered an article on his observations. I can relate to many of the points he raises. Indeed, he offers ten areas which demonstrate “How American Evangelical Christianity Has Changed…” Australian evangelicals and others may be able to relate to much of this.

He mentions some of his “credentials” here:

He then says this: “In my seventh decade of life and being an evangelical I look back and wonder what has happened to evangelical Christianity during my lifetime. It has changed so dramatically it’s hardly recognizable. What are the most dramatic changes?” Let me share a few of his points with you:

Eighth, when I was growing up…evangelical Christianity in America prepared its people, especially young people, for persecution and expected it. We fully expected that someday, probably in our own lifetimes, society and even government would arrest us and possibly even torture us for our fervent loyalty to Jesus Christ above “this world.” When I watched on TV the ATF assault on the Branch Davidian compound outside Waco and the ensuing FBI siege of the compound and eventual attack on it with a tank and gas I thought to myself: “That’s what we evangelicals used to expect would happen to us—someday.” I don’t know how many evangelical youth events I participated in where we pretended to be a group of Christians worshiping in secret only to have other members of the youth group “break in” (pretending to be government agents) and “arrest” us. That was a common practice in evangelical youth groups in the 1950s and 1960s. It was evangelical churches’ way of preparing their youth for persecution which they should experience on some level even now (then) if they were being “good Christians” in public (at school). I haven’t heard any talk of persecution among evangelicals for many years (except in other countries).
Ninth, when I was growing up…evangelical Christians knew their Bibles forward and backward. Any evangelical worth his or her salt had read the Bible “through in a year” at least once. “Family devotions” were normal and expected among evangelicals and it included the father or mother reading a chapter or more from the Bible before or after dinner. Most evangelical churches engaged in “Bible quizzing” with the youth. (The churches I grew up in even had elaborate contests between teams of youth sitting on electric pads on chairs that buzzed when you lifted your butt off them. A contestant whose pad buzzed and caused a light to go on on a light board had to answer the Bible question which often involved quoting a verse if not a chapter from memory.) Evangelical churches emphasized Bible memorization. Every good evangelical had a “life verse” he or she could quote at the drop of a hat. All that has gone away. The vast majority of evangelicals, in my experience, know very little about the Bible and never memorize any portion of it. Evangelical sermons are as likely to quote Dr. Seuss as Paul the Apostle.
Tenth, and finally, when I was growing up…evangelical Christians talked a lot about “the blood of Jesus.” Liberal minister-theologian Harry Emerson Fosdick called it “slaughterhouse religion.” We had “passion plays” in our churches on the Sunday night before Good Friday. We sang songs that included lyrics about Jesus’ blood. We “pleaded the blood” over our cars before lengthy road trips. (Now that’s called praying for “traveling mercies.”) We were not ashamed or embarrassed about the blood of Jesus. In fact, whether a church used that language or not was one marker identifying evangelicals over against “mainline religion.” Those “mainliners” didn’t like to talk about the blood of Jesus. It offended their sensibilities. I haven’t heard “the blood of Jesus” mentioned in an evangelical setting in a long time.

I agree with his closing paragraph, so I will make it mine as well:

So what conclusions do I draw from all this change? Some of it may be for the better. We 1950s evangelicals had obsessions that were probably unhealthy. However, on the other hand, taking it all together, I suspect we American evangelicals have become “comfortable in Zion”—a phrase that we used about mainline Christians (who weren’t really Christians at all) to describe how their religion was non-threatening to themselves or anyone else. And by “threatening” I don’t mean we thought Christianity ought to be physically threatening, but we did think authentic Christianity should shake people’s comfort in this world and focus their attention on sacrifice and separation.

6 Replies to “The Church On Sinking Sands”