I was actually asked by a Christian recently why I was taking sides in the current Israel-Hamas conflict. I was rather taken back by that one I must admit. It seemed to me that one might as well ask why one took sides in the Second World War. You see, this comment and those like it, which we hear so often, are based on the bogus notion of moral equivalence.

‘Yes Hamas and the Muslim world may have some bad eggs, but so too does Israel.’ So therefore we cannot criticise Hamas and the others, unless we are willing to criticise Israel in equal measure. This is the faulty and pernicious notion of moral equivalence. 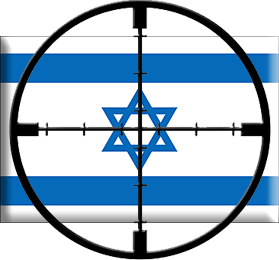 It is used all the time by the secular left and by not very discerning Christians. Its last major usage was during the Cold War. The same sloppy thinking and mushy moralising took place then. ‘Yes Communist Russia has some bad eggs, but so too does America. Yes the Marxist world is not perfect, but neither is the West. Yes, socialism kills, but so does capitalism.’

And many of these secular lefties have even moved beyond moral equivalence. They in fact actually believe that Israel is worse than Hamas and the Muslim world. Many of these guys actually believe Israel is the bad guy, the aggressor, the bully, while the surrounding Muslim nations are the good guys. So they have moved well beyond moral equivalence to making Israel the great Satan here, and the other nations paragons of virtue.

My critic went on to say, in full moral equivalence style, “Both sides in this conflict seem to be behaving abominably.” Umm, no – not even close. Again, one might as well foolishly suggest that both the Allies and the Nazis were behaving equally abominably.

The truth is, one side during WWII was clearly the epitome of evil, while the other side was on the side of what was right. That did not mean the Allies were pristine and fault free, but compared to who they were fighting, they were angels of light.

Israel is also not perfect, but compared to who she is up against, she is looking pretty good actually. So let me try to dispel the myth of moral equivalence in simple form here, by highlighting a few obvious contrasts:

-Israel is simply trying to exist and defend itself, while it is surrounded by nations (as well as Hamas in Gaza) who want to see it driven into the sea. The Hamas Charter for example specifically says Israel must be destroyed.
-Israel since its inception in 1948 has always been willing to make great compromises with its neighbours, while Arab leadership has always demanded the expulsion of the Jews.
-Israel has a number of times now traded land for peace, but generally to no avail.
-Israel is a nation of 8 million people surrounded by over 300 million hostile people.
-Israel would disappear if she were to lay down her arms, but if the Arabs laid down their arms, there would be peace in the Middle East.
-Israel is the last bulwark against Islamist imperialism in the region.
-Israel has a million plus Arabs living in its midst, while Gaza has no Jews living there.
-Israel uses weapons to defend its children, while Hamas uses children to defend its weapons.
-Israel does all it can to protect innocent civilians both in Gaza and Israel, while Hamas deliberately targets innocent civilians both in Gaza and Israel. Setting up command and control centres in or near hospitals, schools and mosques is standard Hamas practice. Israel is not doing this at all.
-Israel is shipping tonnes of food, water, medical and humanitarian supplies into Gaza, and even treats wounded Hamas terrorists, while Hamas would never dream of doing this.
-Israel has kept every single cease fire until Hamas has violated them – and they have violated every single truce in this conflict thus far.
-Israel even has women leading the country, while they are mere chattel in the surrounding Arab world.
-Israel is the only genuinely free, democratic and pluralistic nation in the region.
-Israel is an outpost of civilisation in a place of barbarism.

Plenty of other contrasts could be mentioned here. So am I saying that Israel is perfect and can do no wrong? Of course not. She often gets things wrong, but a bit of perspective is needed here. A bit of moral clarity is needed as well. And a bit of historical perspective also could help.

Israel has of course been in this land off and on for three thousand years. She has endured plenty of harrowing experiences over the centuries. And now she is surrounded by a host of nations which have vowed to destroy her. Also she has a bit of recent history to still fully and properly digest. If you had just recently gone through something like the Holocaust, then it is fully understandable that you might be a bit testy and on edge as well.

Notice that I have not made one appeal to Scripture here, to biblical prophecy, or to any type of theology. Arguments about Israel’s place in God’s divine order of things is not my concern at present. What I offer in this post is merely the secular case for Israel, and why it differs enormously from its enemies.

There is just no comparison between the two, and those who either ignorantly or deliberately try to drag up a spurious and unhelpful moral equivalence here are in fact taking sides no matter how much they deny they are doing so. They are effectively taking sides with the enemies of Israel when they foolishly claim the two are morally identical.

And as a perfect example of the very thing I have been talking about, this classic case of idiotic moral equivalence just came to my attention:

This comment, from the Australian, refers to the shocking photo of the young son of a Sydney jihadist holding the decapitated head of a victim in Syria. Just as I said above: ‘Yeah, Islam has its bad eggs, but so too does everyone else.’

Utter baloney. Not only was McVeigh not a Christian, but he is the only non-Muslim terrorist these mental midgets can come up with. Every day we find more Islamic bloodshed and terror, but all these guys can do is point to an event which took place two decades ago. Useful idiots indeed.

10 Replies to “Israel and the Myth of Moral Equivalence”