That is why Jesus came and died a cruel death on a cross for our sake, so that we don’t have to remain as we are, but we can become what we were meant to be. Yet we have too many clueless wonders, especially in the Christian camp, who think otherwise.

Thus we have yet another clueless and compromised “Christian” claiming that she is loved by God just as she is – as a lesbian. Yep, we actually have these folks making such sacrilegious and dishonest claims. I have written before about plenty of these Christian celebs and stars who publicly flaunt their sin and effectively tell God that he is a liar. 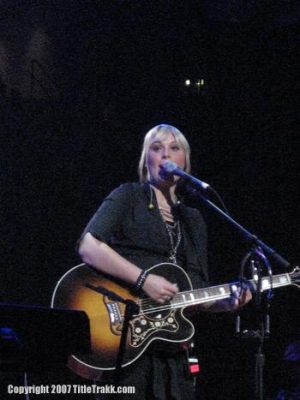 This time we have Vicky Beeching (who I never heard of before) doing the same. So who is she? One newspaper report says this: She is “35, British star of the American Christian rock scene, one of the most successful artists in US mega-churches and now one of the most sought-after religious commentators in Britain.”

Heaven help us if she is a religious commentator. She is an apostate commentator leading potentially millions of people away from God, away from truth, away from holiness, and away from eternal life. And this article is a long sycophantic and emotive piece gushing all over her.

We meet twice. On the first occasion, Beeching, normally enlivening Radio 4’s Thought for the Day or any number of Sunday morning TV discussion programmes, sits opposite me in a café in Soho. She pushes a piece of paper in my direction. It is a précis she has written of her background: of growing up in a conservative Christian household in Kent, first in the Pentecostal Church then in the evangelical branch of the Church of England, of going to Oxford to study theology, of the EMI recording contract that sent her to Nashville 12 years ago and launched a successful singer-songwriting career… and then a line that jars and jolts. I turn the piece of paper over and look up to see her smiling nervously.
“I’m gay,” she says, confirming what is written. She has never said this publicly before – a handful of people in her private life know. She has only just told one her closest friends, Katherine, and Katherine’s father, Justin Welby, the Archbishop of Canterbury.
The enormity of the political ramifications of this disclosure scarcely have a second to sink in – a theologian who spends holy days with the Archbishop, whose God-fearing lyrics are sung by millions in America’s Bible Belt, coming out as a lesbian – before I begin to reflect on the implications for her personally.

The article goes on to say she will be “crucified” for coming out. Umm no, not at all. Instead she will be adored, praised and celebrated by millions, just like this clueless newspaper journalist is doing. She will be held up as a brave, courageous, inspiring and tolerant Christian surrounded by intolerant dinosaurs.

So spare us this crucifixion baloney. There is only one person who was crucified that we should be discussing here. It was Jesus Christ, who died on the cross so people like Vicky (and every single other person on the planet) could be saved from their damnable sins and set free to live a new life, a holy life, fully pleasing to God.

Yet all this person can do is whine about her difficulties, and about how she is so happy now to delight in her sinful lifestyle. Of course all she is doing is telling us that she in fact is not a Christian. Atheists and God-haters shake their fists at God and tell him he is wrong, and that they will call the shots and determine what is true and false, right and wrong.

No one who is a genuine Christian could ever do this. It would be a contradiction in terms. A Christian is a sinner who acknowledges that they are sinners, that they deserve the wrath of God, but have availed themselves through faith and repentance of the gracious offer of forgiveness based on the saving work of Christ at Calvary.

No true Christian hangs on to their sin, tries to justify it, and by doing so, calls God a liar, telling him he needs to get with the times. The article goes on and on about poor Vicky. She tried somewhat to change, but it just did not work for her, so obviously she was not meant to change.

Yeah right. So has she struggled and gone through hard times? Sure. But guess what? Every single person on earth struggles and goes through tough times. But humanity breaks down into two camps here: those who agree with God, acknowledge their sin, and seek, by God’s grace and with the help of the indwelling Holy Spirit to see real change take place, no matter how difficult and lengthy a process that might be, and those who don’t.

Vicky is in the latter camp. She tried a bit, it did not seem to work, so instead of agreeing with God and seeking him further for transformation, she puts up the white flag of surrender and says, ‘Yep. I was meant to be homosexual and God just loves me as I am.’

Um no. As I said at the beginning, God loves us far too much to leave us in our sin and degradation. He loves us enough to change us and set us free from our captivity to sin and self. But we have to agree with God first, and allow him to do his work in us, no matter how long and hard that may be. Indeed, sanctification is a life-long process.

So now we have her fully capitulating to carnality, compromise and deception: “What Jesus taught was a radical message of welcome and inclusion and love. I feel certain God loves me just the way I am, and I have a huge sense of calling to communicate that to young people.”

No he did not teach a radical message of welcome and inclusion. He told people to repent and turn from their sin, or face the full wrath of God to come. One simply has to read the gospel accounts without homosexual-tinted glasses on to see this.

Sure, he went out of his way to make those who saw their need as lost sinners feel welcome. He always took the extra step to such people. But his entire message of forgiveness and reconciliation is based on faith and repentance. Those who disagree with God about their sin simply cannot be forgiven.

It would be impossible for a holy and just God to forgive an unrepentant sinner. So does Vicky struggle with same-sex attraction? So what? Is God in the change business or is he not? Plenty of former homosexuals have found liberation and new life in Christ. Many report even having their orientation and disposition changed by God.

Even if the attractions stay, a true Christian recognises that God has called us to holiness and purity, and a life of celibacy is the only option for the sinner who has agreed with God that this is a sinful condition which keeps us out of the Kingdom.

But the good news is, as Paul says in 1 Corinthians 6:9-11, “such were some of you”. Some of you were homosexuals, or thieves, or adulterers (past tense). But you are no more, thanks to the transforming power of God. Vicky simply gave up on God. She stopped trying, and stopped letting God do his work in her life.

Thankfully God will not give up on her. His arms are still held out to her – and to all sinners. But his love and forgiveness is dependent upon us recognising our sin, turning from our sin, and embracing his reconciliation through faith and repentance. It does not work any other way.

Consider what she also said: “I just want to help anyone in that situation to not have to go through what I did, to show that instead, you can be yourself.” Being yourself is the last thing we should wish on anyone. Being ourselves means being rebellious sinners at enmity with God headed for hell. We want to be what God wants us to be, which is the exact opposite.

So we all can and should pray for Vicky. I am sure life for her is tough. But it is tough for everybody. And when you now, with a position of power and influence, tell lies to young people about the nature of God and sin, then you are causing tremendous and lasting harm. We can pray that she sees the light, and starts agreeing with God, instead of living in defiance of him and his Word, leading so many people astray.