George Orwell once said that “During times of universal deceit, telling the truth becomes a revolutionary act.” He certainly got that one right. As the West moves into an ever more secular, politically correct and anti-Christian direction, this reality is becoming increasingly obvious.

To stand for truth becomes an act of defiance, if not treason. Moreover, the defence of what formerly needed no defence becomes a basic duty. We have to take a stand for the obvious, when all around us common sense and moral clarity go missing.

The defence of heterosexual marriage is a prime example of this. Defend marriage? Up until just very recently, no one thought we needed to defend marriage, at least in terms of it being the union of a man and a woman. But now we have to actually make the case as to why marriage does not and cannot involve two men, or two women. 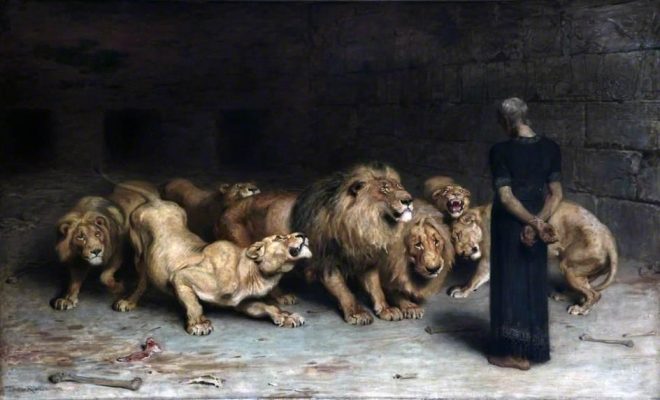 We have had over a dozen bills presented to state and Federal parliaments in almost as many years demanding homosexual marriage. Every single one of them has been defeated. And there have been plenty of government inquiries into this issue. I have been involved in many of them.

But we have yet another such bill! Not surprisingly, it has been introduced by the Greens. They know that a war of attrition tends to work, so just keep putting up these bills ad infinitum, ad nauseam. They figure that eventually people will tire of fighting all this, and they will eventually win.

So that meant yet another round of government submissions were called for, and yet another Senate inquiry had to be attended. I have lost count of how many of these I have been involved in. It is a game in many respects, but a game we must be willing to play nonetheless.

As I went to yesterday’s inquiry, I thought that maybe one day when we are more enlightened we will look back and laugh at this insanity: “What, you used to have to attend government hearings to defend heterosexual marriage?” Quite so. One might as well attend government inquiries on the issue of changing 2+2=4 to 2+2=5.

So I went, along with Jenny Stokes of Salt Shakers, to represent the National Marriage Coalition. Many folks had prayed for our time there, and many have asked how it went. The easiest way to report on it is to of course simply cite Hansard.

But it is not out yet, so I can offer some details in the meantime. These affairs can be a bit explosive at times, with those intent on pushing the homosexual agenda often quite hostile to those who seek to defend natural marriage and family. Often I will have rather hot and bothered politicians getting a bit feisty with me.

For example, the last time I did one of these – with ex-homosexual Ron Brookman – we had some fireworks going off, especially from Greens’ Senator Sarah Hanson-Young. That transcript is available on Hansard, so let me quote a bit of it here.

Of course the printed word does not make clear when voices are being raised and emotions running hot! On a number of occasions back then SH-Y was actually shouting at me, and she had to be told to stop interrupting me! Here is part of that meeting:

Senator HANSON-YOUNG: Have you read the Marriage Act, Mr Brookman or Mr Muehlenberg?
Rev. Brookman: Not in full.
Senator HANSON-YOUNG: I suggest that you do, because in the current Marriage Act it does not say that marriage is for the creation of children. You may believe that, but that is not what the federal Marriage Act says.
Mr Muehlenberg: It says it is ‘the union of a man and a woman to the exclusion of all others’.
Senator HANSON-YOUNG: Yes.
Mr Muehlenberg: You want to change the gender requirement, in which case why not change the numerical requirement?
Senator HANSON-YOUNG: Because that is not what my bill does.
Mr Muehlenberg: Let us say there is a bisexual who loves his woman and his male friend. It is a threesome. They are fully in love. The same arguments that you are making for same-sex marriage can be used for polyamory, and that argument is being used.
Senator HANSON-YOUNG: You may argue that.
Mr Muehlenberg: It is happening right now.
CHAIR: Senator Hanson-Young, just let the witness finish.
Senator HANSON-YOUNG: You may argue that, but that is not what the bill before this Senate inquiry does. The bill before this Senate inquiry clearly states that marriage is between two consenting adults.
Rev. Brookman: Male and female.
Mr Muehlenberg: Man and woman….
Senator PRATT: If it is the only institution from which people can obtain that security and exclusivity, then surely it is entirely unfair to wish on people that gay men should be marrying heterosexual women.
Mr Muehlenberg: There is no unfairness whatsoever. I cannot get married. I am already married. The rules are quite clear: one partner, opposite gender, not a close blood relative. If you meet those three criteria, anyone in the world can get married. If you refuse to meet the right criteria of the game, do not insist you are being discriminated against. You are saying: ‘The rules do not apply to me. I want to change the rules. I want to make this something that it has never been.’ I am sorry, but that is not discrimination. Treating different things differently is not inequality or discrimination; it is facing reality. With all due respect to the Greens, I know they do not believe anatomy matters. Senator Hanson-Young would not be here if anatomy did not matter. None of us would be—come on!

Again, the colourful nature of that previous encounter gets lost in the printed word. So I was eager to see how SH-Y would act this time around. Well, she obviously decided that her rather unseemly performance last time may not have been all that helpful, so she actually just stayed away for most of our time as witnesses. She only came back in the room at the tail end, playing with her phone and sniggering every time I said something.

She did interrupt once, to bring up the red herring about inter-racial marriages, to which I immediately replied that she is talking about apples and oranges. People cannot change their race, but they can and do change their sexual attractions.

Jenny and I presented plenty of evidence, which is how these things should be done. But one of the Labor Senators simply spoke of individuals she knew. For example, she asked me if de facto relationships are any different from married couples, and Jenny and I assured her that they most certainly are, offering various stats and facts.

To that she could only talk about people she knew of who seemed like nice folks, and seemed committed, etc. Again we had to remind her that it is the evidence which must be followed here. We all know of individuals who may be loving and committed without marriage, but it is the evidence that matters in this situation.

We made a number of other points, but as I say, the best way to get it all is to wait for Hansard to present our words, which should be soon. But the point is, truth had to be presented. Someone had to be there to offer facts and evidence to counter all the emotive agendas of the social engineers.

It may be frustrating and tiring to do so, but we must be involved nonetheless. I am frustrated that there are so few believers who are able to even put in a submission on these matters, let alone enter the lions’ den of an often hostile group of politicians. We need more people who are well read, articulate, and courageous enough to go into these scenarios and boldly proclaim truth.

And as things get more and more nutzo out there in the world, standing for truth will become more and more necessary, yet more and more dangerous to do as well. As Orwell also stated, “The further a society drifts from the truth, the more it will hate those that speak it.”

Orwell was of course incredibly perceptive about the nature of the totalist state, in which independent thinking is viewed as a hate crime. Consider just a very brief bit of dialogue from his prescient novel, 1984:

And this is where we are quickly moving as a society. The thought police are out in force, and increasingly we are seeing people being persecuted by the state for holding to politically incorrect views. This is why we so desperately need watchmen and warriors to keep fighting the good fight.

What we hold near and dear cannot be preserved without such warriors. We will lose it all unless some brave men and women take a stand and enter the lions’ den. As Orwell correctly said: “We sleep safely in our beds because rough men are willing to do battle with those who would do us harm.”