Israel of course was a covenant people under God’s rule, but the Old Testament contains many words about the surrounding nations. And while that covenant relationship between Yahweh and Israel was unique, God still responds to the nations, and still has dealings with them. 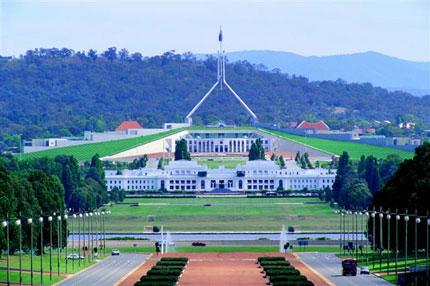 This weekend in Canberra a number of important things have transpired. There were various Christian conferences, such as those of the ACL and the NACL, and the Parliamentary Prayer Breakfast also took place. The homosexual militants of course went ballistic about the ACL conference, and many have questioned why Opposition Leader Bill Shorten was given a major platform to push homosexual marriage there.

This weekend’s NACL conference I have already discussed: https://billmuehlenberg.com/2014/10/26/god-is-on-the-move/

As to the Parliamentary meetings this weekend, the numbers have been way down, certainly on the Sunday night worship service. This has been happening for a while now. I have often said that much of the decline started 6 years ago when an Islamic Imam was actually allowed to speak at the event. I wrote about that here: https://billmuehlenberg.com/2008/11/10/islam-and-fifth-columns/

I told the organiser at the time that the word given to Isaiah in Is. 42:8, 11 still stands: “I will not share my glory with another”. That to me was an indication of breaking covenant with God and allowing false gods into the nation’s capital.

Many have documented the Christian history of Australia, and the various covenants made with God by the early Christians here. For a full look at this intriguing spiritual history, see the website put up by Graham McLennan: http://www.chr.org.au/index.html

One other event which ties into all this took place on Saturday. That was a “National Day of Unity” with Islam. They had an “open day” for mosques around the nation, and here in Canberra there were plenty of politicians and religious leaders to stand with the Muslims. As one news report states;

On Saturday, Australian mosques nationwide threw open their doors to non-Muslims as people across the country celebrated the National Day of Unity on Saturday. In the ACT, the centre hosted a free lunch along with a number of events for children including pony rides, fairy floss and a jumping castle.
US ambassador John Berry presented the centre with a sapling from an oak tree originally planted in the Canberra embassy by Eleanor Roosevelt, 72 years ago. “Today, Muslims in both the United States and Australia work with people of all faiths to build a brighter world,” he said. “Together we uphold our most cherished values – freedom, faith, community, justice, mercy and love.”

Umm, I am not sure those values are actually those of Islam, but this is yet another example of how a religious moral equivalence is spreading throughout the country, including the nation’s capital. On Sunday afternoon a small group of us engaged in some pretty hard core intercession, prayer and spiritual warfare about all these events at the Canberra House of Prayer.

We were on our faces before God crying out for his mercy on this land, and repenting over how we have broken covenant with our God, while allowing false gods and idols to be established here. One text which came to me so strongly was Ezekiel 44, which is all about Israel breaking covenant with God.

It really is an incredible chapter and I encourage you to read the whole thing. Let me here highlight a few verses from it. In Ez. 44:23 we read this about the priests: “They are to teach my people the difference between the holy and the common and show them how to distinguish between the unclean and the clean.”

But they were no longer doing this, and how similar does this sound to what is happening in our churches today? And consider what we find in verses 7-12:

In addition to all your other detestable practices, you brought foreigners uncircumcised in heart and flesh into my sanctuary, desecrating my temple while you offered me food, fat and blood, and you broke my covenant. Instead of carrying out your duty in regard to my holy things, you put others in charge of my sanctuary. This is what the Sovereign Lord says: No foreigner uncircumcised in heart and flesh is to enter my sanctuary, not even the foreigners who live among the Israelites.
The Levites who went far from me when Israel went astray and who wandered from me after their idols must bear the consequences of their sin. They may serve in my sanctuary, having charge of the gates of the temple and serving in it; they may slaughter the burnt offerings and sacrifices for the people and stand before the people and serve them. But because they served them in the presence of their idols and made the people of Israel fall into sin, therefore I have sworn with uplifted hand that they must bear the consequences of their sin, declares the Sovereign Lord.

Strong words indeed. As I said, Israel was in a unique covenant relationship with Yahweh, but we all strongly felt these words applied to our situation today in Australia. So we asked God to forgive us for allowing our national capital to move so far away from Australia’s Christian roots, and embracing false religious and idolatries.

We cried out to God that this nation would once again be the “Great Southland of the Holy Spirit” as it was proclaimed to be by Ferdinand De Quiros over 400 years ago. See more on this here: http://www.chr.org.au/downloads/THE_MEANING_OF_OUR_FLAG.pdf

God is not finished with Australia. He loves this land and has great purposes in mind for it. In our prayer time we felt that we are in a unique window of opportunity here. We have managed to stand strong with Israel, we have managed to withstand the constant push for the destruction of marriage by the homosexual activists, but the question is: Will the church stand and resist the incoming tide of anti-Christian activities and idolatries, or will we simply surrender.

Will our nation’s capital continue to cave in to the various anti-Christian agendas and false religions, or will Christ be honoured here as he once was? Will the Christian churches collectively repent of their apathy, carnality and compromise, and once again be a powerful witness for the risen Christ, or will we continue to drift into irrelevance and spiritual darkness?

It is up to God’s people – as always – to come back to their first love, to repent, and to seek again God’s face. It is up to us if we will put Christ first, seek to be powerfully led by His Holy Spirit, and renounce our selfishness, trivial pursuits, and indifference.

This is our great challenge today. Will we rise to the occasion, or will it just be business as usual? The choice is ours.

19 Replies to “Whither God and Australia?”