While the climate alarmists and their supporters in the mainstream media continue to dish up their doom and gloom scenarios, more sober voices are making it clear that this may be one of the biggest scams of our lifetime. It seems this alarmism has been as much about pushing agendas as it has been about anything else, and many are now calling it out.

The evidence seems to be contradicting what the sky-is-falling crowd have been telling us, and it may well be time to give this whole matter a rest. Various folks have recently been speaking out on this. So let me offer some of this expert opinion, beginning with one of the big names in the environmentalist movement, Patrick Moore. 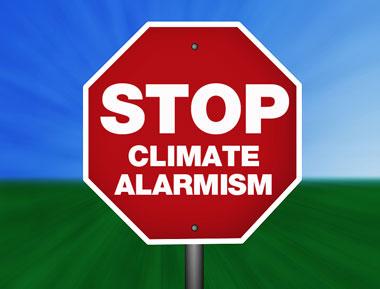 He of course was a founder of Greenpeace in the early 70s, and a leading environmentalist. But he has since moved away from both the radical environmental movement in general, and the climate alarmists in particular. Three years ago he produced a book outlining his major shift on all this. See my review here: billmuehlenberg.com/2011/02/19/a-review-of-confessions-of-a-greenpeace-dropout-by-patrick-moore/

He has been in Australia recently and he continues to try to speak some sense on these issues. One newspaper article says this in part:

“If you want to see rapid change, look at the end of the glaciation period when the climate suddenly changed into this interglacial period we’re in now. For most of the history of modern life, it has been much warmer,” he says. Dr Moore says a warmer planet would not disadvantage humans or most other species. Some might suffer, but only because they have evolved to cope with 2.5 million years of cold. Asked whether he is concerned that a rapid climate shift could trigger massive upheaval of the species we know, he says, “the real problem would be if it gets colder”.
And he says CO2 has been demonised as toxic when it is “without doubt the most important food for life on earth. If there wasn’t carbon dioxide in sufficient quantity in our atmosphere, it would be a dead planet. The optimum CO2 concentration for plant growth is about four times the current level, he says, and concentrations 20 times higher would not be considered harmful on submarines or spacecraft. “Global CO2 was at (that level) during the Cambrian explosion, when modern life emerged.

Moore is certainly not alone in his scepticism. Consider also John Coleman, co-founder of the Weather Channel, who believes the whole thing is a ‘lie’:

In an open letter attacking the Intergovernmental Panel on Climate Change, he wrote: “The ocean is not rising significantly. The polar ice is increasing, not melting away. Polar Bears are increasing in number. Heat waves have actually diminished, not increased. There is not an uptick in the number or strength of storms (in fact storms are diminishing). I have studied this topic seriously for years. It has become a political and environment agenda item, but the science is not valid.”
Mr Coleman said he based many of his views on the findings of the NIPCC, a non-governmental international body of scientists aimed at offering an ‘independent second opinion of the evidence reviewed by the IPCC.’ He added: “There is no significant man-made global warming at this time, there has been none in the past and there is no reason to fear any in the future. Efforts to prove the theory that carbon dioxide is a significant greenhouse gas and pollutant causing significant warming or weather effects have failed. There has been no warming over 18 years.”

A third voice has also slammed this alarmist campaign, labelling a massive fraud:

Climate alarmism is “the biggest fraud in the field of science” and the 97% consensus claim is nonsensical, Apollo 7 astronaut Walter Cunningham tells MRCTV in a preview of his presentation at the upcoming Heartland Institute climate conference, July 7-9. “Since about 2000, I looked farther and farther into it,” Col. Cunningham (USMC, Ret.) tells MRCTV in an exclusive interview. “I found that not one of the claims that the alarmists were making out there had any bearings, whatsoever. And, so, it was kind of a no-brainer to come to the conclusion.”
Cunningham rejects the notion of man-made climate, not only as fact – but also as even qualifying as an actual “theory”: “In the media, it was being called a theory. Obviously, they didn’t know what it means to be a theory,” says Cunningham who has a B.S. in Physics (with honors) from University of California at Los Angeles and an M.S., with distinction; Institute of Geophysics And Planetary Sciences, with completed work on Doctorate in physics with exception of thesis.
“If we go back to the warmist hypothesis – not a theory, but, a hypothesis- they’ve been saying from the very beginning that carbon dioxide levels are abnormally high, that higher levels of carbon dioxide are bad for humans, and they thought warmer temperatures are bad for our world, and they thought we were able to override natural forces to control the earth’s temperature. So, as I’ve looked into those, that’s the problem that I’ve found, because I didn’t find any of those to be correct – and, they certainly were not a theory, it was just their guess at what they wanted to see in the data they were looking at.”

And it appears that there are many others who agree with these three. Last year a survey found that a majority of scientists are sceptical about the climate warming scenario:

And, plenty of data can be provided here. A report which has just come out tells us that the US is enjoying its coolest year on record. And this is all part of a two decade trend:

Winter temperatures throughout the United States are in a 20-year cooling trend, defying alarmist global warming predictions and debunking claims that warmer winters are causing environmental catastrophe. National Oceanic and Atmospheric Administration (NOAA) data, presented by the International Climate and Environmental Change Assessment Project, reveal this winter’s exceptionally cold winter was merely the continuation of a long-term cooling trend. The trend line for the past 20 years shows more than two degrees Fahrenheit of cooling in U.S. winter temperatures since 1995. The two decades of cooling temperatures defy alarmist assertions that global warming is causing warmer winters.

Sorry, but I cannot buy all the alarmist scare-mongering. I will stick with Moore when he says that a “powerful convergence of interests” is pushing this agenda, and we need to reject the anthropogenic line. He says, “Of course I believe in climate change. It’s been happening since the beginning of the Earth. But that doesn’t mean we’re causing it.”

21 Replies to “Calling Out the Climate Alarmists”