One of the highlights of the Christian calendar is the annual National Alliance of Christian Leaders dinner in Canberra. This is a premier Christian event which brings together Christian leaders and workers from around Australia, and often the world. 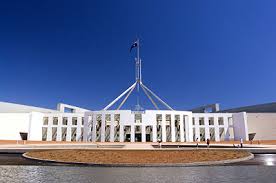 Another successful dinner was just held, and it was once again an honour and a joy to be there. Run by Graham and Pam McLennan, it is not only a great time of fellowship over a meal, but a terrific forum to hear about what God is doing through various ministries, Christian groups and parachurches.

Around 80 people were there, representing some 50 different ministries. Around 15-20 folks gave a brief word about what God was doing and how the work of the Kingdom is progressing. As always, it was all very encouraging and stimulating stuff.

Thus we had reports from Carolyn Mongan on the work of the ACT Pregnancy Support Service; Rev Peter Rose discussing his work with the Parliamentary Christian Fellowship; the head of Open Doors sharing some moving stories of Christians being persecuted around the world, by groups such as Boko Haram; and Matt Prater of Vision FM and National Day of Prayer and Fasting.

Paul and Hilary Moroney of the Canberra House of Prayer (whose wonderful venue we again used) told us of some amazing things God is doing in Canberra; Wendy Francis of ACL shared some encouraging stories; and Kerry and Karen Bos from Christian Faith and Freedom also briefly shared.

Others gave a short word, from groups such as the Gideons, CMI, the International Christian Chamber of Commerce, and 40 Days of Prayer. Mention can also be made of so many other groups that were there, such as Family First, the Fatherhood Foundation, Fusion, YWAM, Australian Christian Values Institute, and the Christian Democrats.

The highlight of the evening was a longer presentation about what God is doing in that very dark land, North Korea. Believe it or not, even in that very closed and restricted country, Christian activity is occurring, and God is using outsiders to come in and do rather amazing, albeit more private, times of prayer and worship. Expectations are high that God is going to open up that nation soon.

The nation’s capital, Pyongyang, was once known as the Jerusalem of the East, and was home to a tremendous revival in 1907-1910. God is not finished with that land, and we must all pray that the country will again be a beacon of light instead of the hellhole of darkness it now is.

Plenty of great fellowship and prayer took place during the night, and some are staying on for other activities this weekend, including the national Prayer Breakfast at Parliament House. This successful evening again reminds us of what an important role the NACL plays in this nation, and how important the work of Pam and Graham is.

I encourage you to begin your plans now for attending next year’s dinner, held in conjunction with the Prayer Breakfast. It will be a rich time of fellowship, blessing, encouragement and vision sharing. Not to be missed.