November 4th in the US has now come and gone, and a big swing away from the Democrats has just occurred in the mid-term elections. The big wins have even exceeded the expectations of most Republicans. Obviously there are some races still too close to call, but we know enough now to give these initial remarks.

Both chambers are now well in the control of the Republicans. In the Senate there were 36 seats in play (out of the 100 total). Incredibly, there were no Republican defeats in the Senate. There have been seven Senate gains thus far for the Republicans: West Virginia, North Carolina, Iowa, Arkansas, South Dakota, Colorado and Montana. 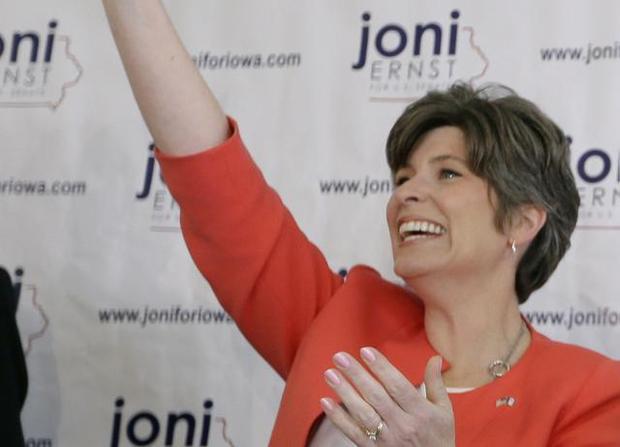 A few highlights: An Iowa hog farmer Joni Ernst comfortably won a Senate seat, defeating attorney Bruce Braley, while on another level, Sandra Fluke, the liberal feminist activist who made headlines in 2012, was soundly defeated in her campaign to become a member of the California State Legislature.

The state of Virginia is pretty close, and might have to do a recount, which means a big and surprising move to the Republicans, while Louisiana will have a run off on December 6 which could go to the Republicans. Senate Minority Leader Mitch McConnell from Kentucky will likely become the Senate majority leader next year, replacing Democrat Harry Reid. This is the first time in eight years that the Republicans have had control of the Senate.

In the US House of Representatives there may well be 247 of the 435 seats which will now be held by Republicans. If so they will secure a double-digit increase in their previous majority of 233 seats. A Republican lead of 246 seats in the 1946 election was their last biggest majority. So this is an historic win indeed.

Various minority Republicans – women, blacks, etc – were elected on Wednesday, so when the 114th Congress convenes in January, there will be new, fresh blood, and a new look Congress to do battle with Obama and the Democrats.

Big wins also took place in the gubernatorial races. There were 36 states which were up for grabs for governors in this election. Only 7 Democrats have won with 24 Republicans wins thus far. Highlights include:
-In Texas pro-death candidate Wendy Davis lost really badly to Republican Greg Abbott.
-The strongly Democratic state of Massachusetts elected Republican businessman Charlie Baker as governor.
-Florida Republican Rick Scott won his re-election in a tight contest over Charlie Crist.
-A Maryland Republican also won, surprisingly.
-Governor Scott Walker’s third win in Wisconsin shows how important it is for Republicans to stand strong against government union thuggery and domination. As one commentator notes, “Walker has now won three statewide elections in a span of four years in a state that President Obama carried twice.” In his victory speech he proudly thanked God, in marked contrast to the 2012 Democratic Convention which actually booed God.
-The very liberal state of Illinois also saw a Republican win to Bruce Rauner. This was perhaps the most surprising victory. The Obamas and Clintons often went there to campaign for the Democrat incumbent Pat Quinn, but it did no good. Of course, Illinois is Obama’s Senate state, and Hillary’s home state as well.

A number of referendums, ballot measures, and initiatives were also voted on. Amendment 67 in Colorado – a personhood amendment – was defeated. Since 2008 they had two other such measures, both defeated as well. North Dakota also knocked back a personhood measure. But Tennessee did see a measure go through restricting abortion. In Oregon and the District of Columbia, recreational marijuana ballot measures went through.

So what does it all mean?

From a strictly political point of view, this was a really big win for the GOP, and a real slap in the face for the Democrats. Some 54% of Americans disapprove of Obama’s Presidency. This certainly shows up in this election. This was in many ways a major indictment on Obama and his failed presidency. All this is a big contrast to his 2008 to 2010 years as POTUS in which Democrats controlled both Houses.

With the Republicans now controlling both Houses, stalemate and stymied agendas will likely be the result, with Obama having to wield his veto pen or make various executive orders. The last two years of his term will certainly be a rough and tumble one.

But heaven has not yet come to earth. There are plenty of RINOs still around, and the Republican establishment machine still has unwelcome influence. Conservative Tea Party winners will supplement those already there, and work to make some key changes in various areas.

Spiritually speaking, I have said many, many times now that politics is not everything, and we dare not put all our trust in the political process. However, God created the institution of the state, so he certainly expects us to utilise the political process for godly outcomes.

Already elsewhere I have had people tell me that we must ultimately only put our hope in Jesus. Well of course that goes without saying. But it is not a matter of either-or. Sure, Jesus is the only ultimate hope, but politics really do matter, and good or bad political results also matter.

Just consider how Wilberforce used politics to free the slaves, while also fully putting his hope in Jesus. Both are vital, and we are to do the same. We need to trust God and pray like mad, but we also need to engage in the social and political realms.

Another person elsewhere asked me if this result will actually change anything. Well, there is a real chance that some important Christian concerns such as pro-life issues and standing up for marriage and family can now be more easily championed with these Republican gains.

As I have said so often, this election result will not usher in the millennium, and it is no substitute for the Kingdom of God. We cannot put all our faith in politics. But there are still some major differences between the two major parties, and who gets in does make a difference to a very real extent.

So all in all, we can say that this was a very good outcome indeed, as long as we as believers always keep in mind that politics will not save us, and that we must be realistic about what can be gained from the political process.

8 Replies to “The American Mid-Term Elections”