I know: been there, done that. Back in 2001 an Australian comedy starring Billy Connolly was released: The Man Who Sued God. So the idea is not exactly new. But we live in a time when all the elements are present to make such a situation move from film to reality. 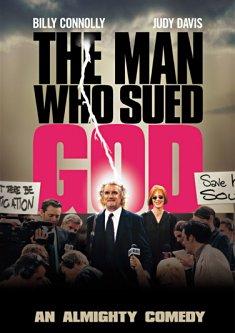 In the West we live in an increasingly litigious society, and an increasingly secular one as well. Add to this a growing inversion of morality, a flatlining of truth, and a rise of all sorts of bizarre sexualities, and you have the ideal recipe for this sort of madness.

And that is just what we find. An American guy is not quite suing God, but the next best thing: he is suing God’s Word. Yep a homosexual is suing the Bible. And it is not hard to imagine why. Here is how one article on this begins:

A homosexual man is suing a third national Bible publisher for “mental anguish” after he says the company published Bibles with a negative connotation toward homosexuals. Bradley LaShawn Fowler of Canton, Mich., alleges Tyndale House Publishers manipulated Scripture when it published Tyndale’s New Living Translation Holy Bible and the New Life Application Study Bible by using the term “homosexuals” in a New Testament passage, 1 Corinthians 6:9….
As WND reported, Fowler, who had a blog on Sen. Barack Obama’s campaign website last year, filed his initial complaint against Christian publishers Zondervan and Thomas Nelson Publishing. Fowler, who represented himself in both lawsuits, said in his complaint against Zondervan that the publisher intended to design a religious, sacred document to reflect an individual opinion or a group’s conclusion to cause “me or anyone who is a homosexual to endure verbal abuse, discrimination, episodes of hate, and physical violence … including murder.” He told the Grand Rapids’ WOOD-TV in 2008 that he wants to “compensate for the past 20 years of emotional duress and mental instability.”

Well, he got the ‘mental instability’ part right at least. This guy is a real nut job. This is just one big sick joke. Unfortunately however the mindset behind this is becoming more common and more serious. For years now the militant homosexual activists have been claiming that the Bible is a book full of “hate speech”.

All over the West diabolical hate crime laws are being passed, with Christians who take their God and their Scriptures seriously the primary target. The militants have convinced many of our elites that homosexuality should be a politically protected lifestyle, immune from any criticism or critique.

Homosexuals are the new untouchables. They cannot be questioned, challenged or crossed. Any attempt to do so will be treated as a hate crime and punished accordingly. Not only can the other 98.5% of society not utter a contrary word about this lifestyle, but the militants can wage war against us with gay abandon.

Don’t like what the Bible says? No probs, just sue the publishers. Silence all opposition and stamp under foot any contrary points of view. And of course all this homofascism and pink tyranny is being done in the name of tolerance, diversity and acceptance.

Yep, these folks are so tolerant, diverse and accepting that only those who rubber stamp their lifestyle and worship at their altars will be allowed free rein. All others will be dragged to the courts. Indeed, if some of these militants had their way, I am sure they would quickly become champions of the death penalty, and demand capital punishment for all recalcitrants.

Well I got news for these rebels: God is not mocked. The only one who is going to do any real judging is God Almighty. And one day all these sexual anarchists will stand before their creator and face the music. Then their mouths will be stopped and their heads hung low.

But the good news is, in the meantime God extends his hands of mercy, offering forgiveness for those who repent of their sins and let God have his rightful place of Lord of their lives. And many homosexuals have done exactly this, experiencing the wonderful liberating work of Christ,

They have been transformed, and now these ex-homosexuals have new life in Christ. Many have gone on to heterosexual marriage and family. I know many of these dear people. They stopped believing a lie, and surrendered to Jesus. And they have not looked back.

So these folks who think they can sue God had better think again. They can shake their fists at God all they like now, but that will be a very short-lived condition. God will stand when the last rebel lays down his arms – willingly or otherwise.

“In the past God overlooked such ignorance, but now he commands all people everywhere to repent.” (Acts 17:30)