Regrettably far too many Christians like Christianity primarily just for one thing: it is a neat form of life insurance. They have made a decision for Jesus at one point in their lives, and they figure that really is about all there is to it. Now they have promise of eternal life, and everything is just peachy.

They can go on living pretty much as they have always lived, but when they die, they get a free pass to heaven. A pretty good deal: live for self now, and still get a spot in heaven. Who could ask for more? The problem is, the Christian life does not work that way. 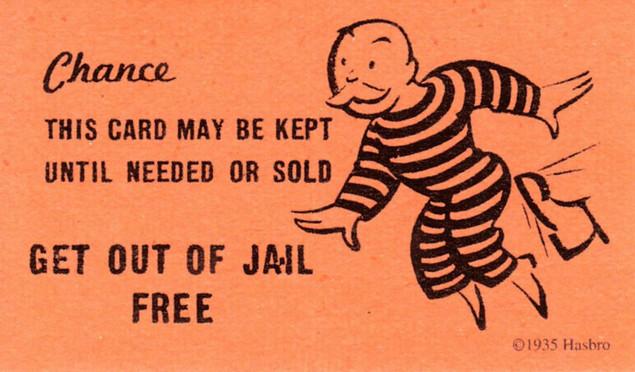 Let me illustrate this with a story. I have often shared this, but it is good enough to share again.

Once there was a farmer who loved his family very much. His young son was the apple of his eye, and he allowed him to enjoy life on the large farm. But he warned him very strongly to stay away from a deep ravine at the edge of his property. Curious and disobedient, as all boys can be, he did wander off to the ravine, and sure, enough, he fell in, and was unable to get himself back out. As night fell, the farmer started to look for his son. He eventually found him. The boy was in tears and greatly troubled, and cried out, ‘Forgive me father, forgive me.’ The farmer looked down at him and said, ‘Yes son, I forgive you. Of course I forgive you’. The farmer then walked back to his house.

Umm, that’s it? The end of the story? Nobody would finish a story this way. And that is true. It actually concludes this way:

The father went to a barn, grabbed a long, strong rope, and went back to the ravine and lowered it down to his son. Soon the son was rescued from that deep ravine and back in his loving father’s arms. The boy slept mighty well that night.

I think you get the spiritual point of this story. Jesus did not just come to forgive us for the sins we have committed. He came to deliver us from the miry pit we all are in, and to set us free and transform us. We are not just forgiven, but we are changed, renewed and become a whole new person.

That is what the big picture of salvation is all about. Theologians speak about justification and sanctification – two vital aspects of our salvation experience. When we repent and believe in Christ, we are declared righteous and seen as guiltless in God’s eyes because of the substitutionary death of Jesus on the cross on our behalf. That is justification.

But sanctification is the life-long process of freeing us from our sins, and making us holy. It is never completed fully in this life, but is a progressive process. Thus justification is only the beginning of the Christian journey, with sanctification the ongoing part of this story.

There are plenty of passages to offer here about this. Let me just present four of them here:

“He died for all, that they which live should not henceforth live unto themselves, but unto Him which died for them, and rose again.” (2 Corinthians 5:15)
“Who gave Himself for us, that He might redeem us from all iniquity, and purify unto Himself a peculiar people, zealous of good works.” (Titus 2:14)
“How much more shall the blood of Christ, who through the eternal Spirit offered Himself without spot to God, purge your conscience from dead works to serve the living God.” (Hebrews 9:14)
“Who His own self bear our sins in His own body on the tree, that we, being dead to sins, should live unto righteousness.” (1 Peter 2:24)

And there are plenty of authors one might appeal to here as well. I will go with the great English evangelical A. W. Pink (1886-1952). His volume The Doctrine of Sanctification (which I just purchased today), offers over 200 pages of teaching on this topic. Let me quote from just a few pages.

In a chapter on the nature of sanctification, he looks at a threefold significance of the term ‘to sanctify’:

“Sanctification is, first of all, an act of the triune God, whereby His people are set apart for Himself—for His delight, His glory, His use.”

“Sanctification is, in the second place, a cleansing of those who are to be devoted to God’s use.”

“Sanctification is, in the third place an adorning or beautifying of those whom God cleanses and sets apart unto Himself.”

Here I will look a bit more closely at his second point on cleansing. He writes:

This “cleansing” is both a legal and an experimental one. As we prosecute our subject, it needs to be constantly borne in mind that sanctification or holiness is the opposite of sin. Now as sin involves both guilt and pollution, its remedy must meet both of those needs and counteract both of those effects. . . . That one of the great ends of the death of Christ was the moral purification of His people is clear from many scriptures.

He then cites the passages I have presented above, and continues:

From these passages it is abundantly plain that the purpose of the Saviour in all that He did and suffered, was not only to deliver His people from the penal consequences of their sins, but also to cleanse them from the pollution of sin, to free them from its enslaving power, to rectify their moral nature.
It is greatly to be regretted that so many when thinking or speaking of the “salvation” which Christ has purchased for His people, attach to it no further idea than deliverance from condemnation. They seem to forget that deliverance from sin—the cause of condemnation—is an equally important blessing comprehended in it. “Assuredly it is just as necessary for fallen creatures to be freed from the pollution and moral impotency which they have contracted, as it is to be exempted from the penalties which they have incurred; so that when reinstated in the favour of God, they may at the same time be more capable of loving, serving, and enjoying Him forever. And in this respect the remedy which the Gospel reveals is fully suited to the exigencies of our sinful state, providing for our complete redemption from sin itself, as well as from the penal liabilities it has brought upon us” (T. Crawford on “The Atonement”). Christ has procured sanctification for His people as well as justification.

He concludes his chapter by looking at 1 Thessalonians 5:23: “And the very God of peace sanctify you wholly; and I pray God your whole spirit and soul and body be preserved blameless unto the coming of our Lord Jesus Christ”:

Two things are clearly implied in the above passage. First, that the whole nature of the Christian is the subject of the work of sanctification, and not merely part of it: every disposition and power of the spirit, every faculty of the soul, the body with all its members. The body too is “sanctified.” It has been made a member of Christ (1 Cor. 6:15), it is the temple of the Holy Spirit (1 Cor. 6:19). As it is an integral part of the believer’s person, and as its inclinations and appetites affect the soul and influence conduct, it must be brought under the control of the spirit and soul, so that “every one of us should know how to possess his vessel in sanctification and honour” (1 Thess. 4:4), and “as ye have yielded your members servants to uncleanness and to iniquity, even so now yield your members servants to righteousness unto holiness” (Rom. 6:19).
Second, that this work of Divine grace will be carried on to completion and perfection, for the apostle immediately adds, “Faithful is He that calleth you, who also will do it” (1 Thess. 5:24). Thus the two verses are parallel with “Being confident of this very thing, that He which hath begun a good work in you will finish it until the day of Jesus Christ” (Phil. 1:6). Nothing short of every faculty and member of the Christian being devoted to God is what he is to ever aim at. But the attainment of this is only completely realized at his glorification: “We know that when He shall appear, we shall be like Him” (1 John 3:2)—not only inwardly but outwardly: “Who shall change our vile body, that it may be fashioned like unto His glorious body” (Phil. 3:21).

No loving parent would ever just offer pardon to a child trapped in a hopeless and desperate situation. They would also do everything they can to free the child, and deliver him or her from the mess they are in. So too our heavenly father with us.