“Keep watch over yourselves and all the flock of which the Holy Spirit has made you overseers. Be shepherds of the church of God, which he bought with his own blood. I know that after I leave, savage wolves will come in among you and will not spare the flock. Even from your own number men will arise and distort the truth in order to draw away disciples after them. So be on your guard! Remember that for three years I never stopped warning each of you night and day with tears.” (The Apostle Paul in Acts 20:28-31.)

We were warned 2000 years ago to beware of false teachers, false prophets, and false shepherds. Jesus, Paul and others regularly made such warnings. And they did so for good reason: they knew that Satan is alive and well and ever actively working to subvert the work of God.

The dangers of apostasy and deception in the churches was a worrying reality back then, and it still is today. And we are seeing all this take place right before our very eyes. The trouble is, how many Christians have been deceived along the way? How many will end up in a lost eternity as a result? 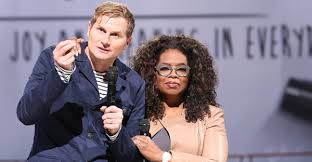 I refer to the very sad case of Rob Bell. The former Christian pastor and mover and shaker in the emerging church movement has been on a downward spiral for years now. Indeed, I have been warning for quite some time now about what an apostate Rob Bell is.

Well, the hell-denying Bell has finally removed all doubts as to where he is at with biblical Christianity. And it sure don’t look good. He is not a Christian in any sense of the term, but a false prophet, who is not only leading many to hell, but is going there himself unless he repents. And he stands fully condemned by his own words.

I remember when I first learned about Bell around a decade ago. A concerned Christian wrote to me, asking me what I thought of his latest book, Velvet Elvis. Her pastor had been giving it out far and wide, and she was quite worried about it. I had not really heard much about him or it, so to help her out, I started to look into all this.

As much as I hate to waste good money on bad books, I went out and bought the lousy thing and gave it a good once over. I too was quite taken aback by the book. My review of it can be found here: billmuehlenberg.com/2006/09/07/a-review-of-velvet-elvis-repainting-the-christian-faith-by-rob-bell/

As you can see there, because I did not know much about the guy back then, I tried to be as fair and even-handed as I could be with his book, even though it looked pretty dodgy to me. Well, everything he has done and said since then has only gotten worse. Much worse.

Thus I have often written about him since then. For example, in another one of his books he came out and assured us that God is so loving that hell probably does not exist, and likely everyone will be saved anyway. Yes, I went out and bought that lousy book as well, and did a review of it which you can read here: billmuehlenberg.com/2011/04/15/a-review-of-love-wins-by-rob-bell/

But he did not stop there. Soon he was telling us about how wonderful Oprah Winfrey is, and how he planned to work together with her. Oprah of course is the biggest peddler of New Age paganism in the world, and has deceived millions with her anti-Christian baloney. I wrote up their ungodly alliance here: billmuehlenberg.com/2014/04/07/bell-and-oprah-lovefest-no-surprises-here/

Well, he continues to seal his own fate with ongoing heresy, apostasy and wilful defiance and rebellion against God and his Word. He is now fully out and proud, telling us that the church must get with the times and embrace all things homosexual, including homosexual marriage.

And he thinks we gotta leave behind this dusty old book called the Bible, and start getting relevant by just talking to people. Yes, he actually said that! Here is how he put it in his own reprobate words:

I think culture is already there [concerning homosexuality] and the church will continue to be even more irrelevant when it quotes letters from 2,000 years ago as their best defense, when you have in front of you flesh-and-blood people who are your brothers and sisters, and aunts and uncles, and co-workers and neighbors, and they love each other and just want to go through life with someone.

Um yeah, right – just ditch the eternal, infallible Word of God and instead just listen to what sinful human beings think about the latest trendy abomination. Sure, great Christian advice there. But it gets even worse. The former pastor and now “spiritual adviser” to Oprah Winfrey has actually said this about her:

She has taught me more about what Jesus has for all of us, and what kind of life Jesus wants us to live, more than almost anybody in my life. Is she a Christian? That word has so much baggage, I wouldn’t want to answer for someone. When Jesus talks about the full divine life, you think, this is what he’s talking about.

Wow. Double wow. This tells us everything we need to know about Bell. If Oprah is the epitome of Christian truth, then Bell’s mind has clearly turned to mush, and he is about as deceived as one can get. For more on the dangerous worldview of Oprah, see here: billmuehlenberg.com/2009/06/18/the-gospel-according-to-oprah/

I am not alone in being gobsmacked at his complete and utter apostasy. R. C. Sproul Jr has also just penned a piece on this, and is worth quoting from:

Now this may not be exactly the level and style of hostility towards the Word of God that we got from mainline liberals 50 and 60 years ago, but it is getting profoundly close. The trouble that concerns me is that Rob Bell still has the ear of some sheep in the evangelical camp. He still has impact on people who should know better. And this kind of language, this kind of raw, open, public disrespect for the Word of God should be a warning to all of us. This, friends, is the voice of a wolf.
This is not being misguided, misdirected, or mistaken. This is leading people astray and publicly denigrating, indeed, snickering at the Word of God. This is the pattern that we always find ourselves in. We begin by being embarrassed by portions of the Word of God. And we move to begin to massage the Word of God so that it starts to say the things that we want it to say. Soon we begin to move into ignoring the Word of God.
But because God speaks, because God will not be silenced, because when we push against the Word of God which is an immovable rock, sooner or later we will find ourselves cursing the Word of God, and spitting on it. And that is where Rob Bell has found himself. The irony, of course, is that though he is sitting next to one of the most influential women of our day, Oprah Winfrey, though he is on national television making this claim, the irony is that this is how Rob Bell has made himself so unbelievably irrelevant.
What Rob Bell thinks of gay marriage, I’m not concerned about. What the Bible says about it, that’s the truth. The immovable, unshakeable truth, that will still be here and still be true when Rob Bell’s body is rotting in his grave, and unless he repents, when his soul is just beginning to suffer the wrath of God for all eternity.

Yes we most certainly can and should pass judgment in this regard. Jesus said we shall know people by their fruit, and Paul said we must assess them by their doctrine. Both are lousy in Bell. While only God knows the human heart and those who are truly his, every Christian is obligated to test all things, judge all things, and assess all things.

When clear heresy is being proclaimed, and when an obvious case of apostasy is occurring, we have not only the right but a biblical obligation to call this person out, to both warn him and others. Not to do so is a failure to love. From the words of his own mouth he now stands condemned.

He is a complete apostate, and is a false prophet who is under the judgment of God. He has only one hope: to repent and get right with God through Jesus Christ before it is too late. All we can do now is pray that this happens. Sadly what we see here is the truth that when we desire to please men we will always displease God.

16 Replies to “The Appalling Apostasy of Rob Bell”