There is no question that we are designed to love, and to receive love. We were created for community, and we all have a basic need to be affirmed and accepted by others, and be in meaningful relationships with other people. Those who are starved of love and relationship simply do not do very well.

And we have plenty of examples of a real lack of love and concern and care. Many people live extraordinarily lonely lives, and may not even be missed when they die. An extreme example of this just appeared in the news the other day. Here is how one write-up begins on this tragic tale:

People are struggling to figure out how the body of a Michigan woman was discovered mummified at her home five years after she died, despite the fact that she had nine brothers and sisters. Pia Farrenkopf of Pontiac was 44 in 2009 at the time police believed she died. Friends and family, which included nine siblings, reportedly describe her as a woman who lived alone, was smart and fun, but introverted. When she vanished a few years ago, after withdrawing $1,500 from her checking account, no one became immediately suspicious, reports the Daily Mail.
Farrenkopf’s body might still be uncovered if not for the fact that the bank foreclosed on her house in 2013 when her bank account was finally depleted after years in which mortgage payments were automatically being deducted from her account. 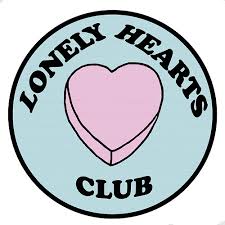 Now that is incredible. Talk about being unloved, unwanted and even un-noticed! Sadly this would not be the only such case of people being forgotten by the world. And there are many millions of lonely people out there who are going to extreme lengths to deal with such loneliness.

Some people are so desperate for love – or what they think is love – that they will do anything and believe anything. And that can be a recipe for disaster. There are so many dating scams out there, and so many dodgy Internet and overseas groups preying on lonely and vulnerable people. Consider this shocking story which has just appeared in the media:

An American woman who has sent a man in Africa who she has never met almost £1 million says she is “95 per cent certain” that their relationship is not a scam. Sarah, who did not give her second name, said she fell in love with “Chris Olsen”, allegedly a widowed Italian businessman with two daughters, after they met on a dating site in 2013. “An attractive person came on there and…I said ‘wow this guy’s really handsome, I can’t believe he’s talking to me’,” she added.
Sarah, who has been divorced twice, told her story on the Dr Phil show in the US, hoping it could help her meet her lover for the first time. Since they started talking online 18 months ago, she has sent “thousands” of payments totalling more than $1.4 million (£910,000) to South Africa, Nigeria and Benin. “I’ve actually never met Chris in person but I am definitely in love with him,” Sarah said. “He’s just spectacular. Chris and I have discussed getting married – I believe Chris does consider me his wife.”

Wow. One does not know which is greater: her gullibility, her sheer stupidity, or her utter desperation in actually believing she has found true love. Poor gal. But this mind-boggling case demonstrates just how far some people will go in their search for love and acceptance.

And sadly it is not the only such case. There are plenty of these scams going on. Consider another shocker of a case from Melbourne:

In 2010 Jan Marshall tried online dating, and soon after met a man she thought she would spend the rest of her life with. Less than two months later he disappeared, leaving her heartbroken and in thousands of dollars of debt. “I just took everything on face value – I wanted to be loved by a man, I wanted to be taken care of by a man,” said Ms Marshall.
Now Ms Marshall, who trained as a social worker, is starting a support group so survivors of online dating fraud can meet and talk about their experiences. “Just in the talking and hearing themselves talk, there is a healing process,” she said. By the time she discovered she had been conned, Ms Marshall had paid out more than $250,000.

Yes, another tragic case of gullibility and desperation. Things are getting so bad that even the government has had to step in to protect people from all this:

Dating and romance scams cost Australians a record $28 million last year, with hundreds of Victorians groomed and defrauded online. The consumer watchdog has warned the online dating community about scammers preying on vulnerable people, particularly at Valentines Day, after more than 1000 victims reported being swindled last year.
The Australian Competition and Consumer Commission said $75,000 a day was lost to romance scams in 2014. There were more than 220 victims in Victoria, including 22 people ripped off more than $100,000 with total losses reaching $6.8 million. Losses nationally to dating and romance-related fraud totalled $27.9 million, up from $25.3 million the previous year.

I guess it had to come to this. Love is a universal and basic need of all of us. And if it is not being given and received properly, then we should have expected that con artists and scammers would be quite happy to step in and take advantage of this.

The real tragedy however is that all this desperation for love need not be. Every human being on the planet was made in the image of God, and was designed to have a love relationship with him. Sin of course has spoiled that for all of us but that is why Christ came – to deal with the sin issue.

Sin separates us from God and his love. But God’s son took our place at the cross, taking the just penalty for our sin upon himself, so that we might get right with God through faith and repentance. Then that love relationship can be restored.

And when we get right with God, we become members of his family. Millions of Christians worldwide automatically then become our brothers and sisters in Christ. So the problems of loneliness and a lack of love really should quickly dissipate as we come to Christ.

Sure, this is not to say that there are no lonely Christians. It takes time to work out what this salvation business is all about and to fully digest what it means that God loves us so deeply. But as we grow in that newfound love and acceptance of God, we become less insecure and self-centred, and are able for the first time in our lives to properly show real love and care to others.

It is a pity all the people scammed here have not known about these basic biblical truths. If they come to Christ, they will never be ripped off or conned again – at least by God. They will find a love that is wider than the oceans and deeper than the seas. It is an eternal love which will never disappoint.

It is our responsibility as believers to point these people who are looking for love in all the wrong places to the true and certain source of love.

7 Replies to “Looking For Love”