Toward the end of his life the author of “Amazing Grace” and friend of William Wilberforce said this: “My memory is nearly gone; but I remember two things: I am a great sinner, and Christ is a great savior.” That was of course John Newton.

I present his quote here because sadly there are always faulty and harmful theologies being pushed. In this case, there are actually some folks teaching that a Christian is not a sinner – and even more incredible, they do not need to repent and confess their sins as believers. This is often heard by hyper grace teachers such as Joseph Prince.

But Scripture teaches otherwise. All throughout the Bible the saints of God have known that they are sinners, in need of regular, ongoing confession of sin and repentance. Think of David for example. In his great prayer of repentance in Psalm 51 he says in verse 2-3: 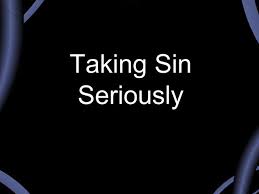 Wash away all my iniquity
and cleanse me from my sin.
For I know my transgressions,
and my sin is always before me.

The disciples were also fully aware of their sinfulness. Consider Peter as another example. Early on he was fully aware of his sinfulness. As we read in Luke 5:8: When Simon Peter saw this, he fell at Jesus’ knees and said, “Go away from me, Lord; I am a sinful man!”

And even after he had been with Jesus for quite some time, we see his ongoing awareness of his own sinfulness. Toward the end of Jesus’ ministry we find this exchange with Peter as found in John 13:6-9:

He came to Simon Peter, who said to him, “Lord, are you going to wash my feet?” Jesus replied, “You do not realize now what I am doing, but later you will understand.” “No,” said Peter, “you shall never wash my feet.” Jesus answered, “Unless I wash you, you have no part with me.” “Then, Lord,” Simon Peter replied, “not just my feet but my hands and my head as well!”

But we can already hear the critics – especially Prince – complain that we must look to Paul for the full revelation on this. We cannot dwell on the Old Testament or the gospels. Indeed, Prince primarily focuses on Paul and his teachings, while downplaying or minimising the rest of Scripture.

There are of course two major problems with this. One, as any student of church history and theology knows, this is basically what the heretic Marcion believed. As I wrote about this second century bishop elsewhere:

He not only posited a radical disjunction between God as found in the two Testaments, but between the OT and the NT itself, and between Israel and the church. His utter rejection of Judaism and the OT was just part of his heresy. He was a major proponent of Paul – or as one historian put it, he had an “exaggerated Paulinism” – so much so that he chopped the NT canon down to just 11 books: ten epistles of Paul and part of Luke.

See more on him here: billmuehlenberg.com/2012/02/27/modern-day-marcionism/

A second major problem with this is of course that Paul himself did not buy it for a moment. Indeed, Paul, like every man of God, was always painfully aware of his own sinfulness, and his ongoing need of Christ. Indeed, simply notice Paul’s awareness of sin – throughout his life as a believer.

If we put the conversion of Paul at 33, 34 or 36 AD, as most scholars now agree, then we find some very interesting things Paul says about himself as he grows in grace. Notice this progression (or regression if you will) about Paul. The older he gets, the more of a sinner he considers himself to be!

“For I am the least of the apostles and do not even deserve to be called an apostle, because I persecuted the church of God.” (1 Corinthians 15:9 – written in mid-50s.)
“Although I am less than the least of all God’s people, this grace was given me: to preach to the Gentiles the unsearchable riches of Christ.” (Ephesians 3:8 – written in early 60s.)
“Here is a trustworthy saying that deserves full acceptance: Christ Jesus came into the world to save sinners–of whom I am the worst.” (1 Timothy 1:15 – written in mid-60s.)

Do you get that? The longer Paul is a Christian, the more he becomes aware of his own wretched, sinful condition, and his utter need for the Lord Jesus. Even three full decades after his conversion, the apostle of grace tells us he is the chief of sinners.

He did not say, ‘I was the worst’ but ‘I am the worst’. I once had a gal challenge me on this, claiming these were all in the past tense. Baloney – simply get out your Greek New Testament and see for yourself: all are in the present tense. Paul never claimed a sinless perfectionism, or believed that by being in Christ he had fully arrived.

As he wrote in Philippians 3:10-12: ” I want to know Christ – yes, to know the power of his resurrection and participation in his sufferings, becoming like him in his death, and so, somehow, attaining to the resurrection from the dead. Not that I have already obtained all this, or have already arrived at my goal, but I press on to take hold of that for which Christ Jesus took hold of me.”

An obvious rebuttal to all this is 1 John 1:8-10: “If we claim to be without sin, we deceive ourselves and the truth is not in us. If we confess our sins, he is faithful and just and will forgive us our sins and purify us from all unrighteousness. If we claim we have not sinned, we make him out to be a liar and his word is not in us.”

Yet Prince simply dismisses this vital passage – in particular verse 9 – by saying, “Let’s not build an entire doctrine on a single verse.” He even makes the absurd claim that this was written to Gnostics, not believers! You know you are dealing with some real dodgy teaching when they have to come up with something that far-fetched.

But as I say, another article will have to be penned to deal with this more fully. But the issue is, we have some very worrying teaching and teachers in our midst today who are sadly taking aspects of biblical truth, elevating them, while ignoring or downplaying other clear biblical truths.

But they must be seen in the context, not just in the context of all Pauline teaching, but the rest of Scripture as well. And a big part of the problem here is the confusion about the various aspects of salvation. The hyper grace teachers put all their eggs in the justification basket, while failing to give equal attention to sanctification.

But I discuss this carefully elsewhere: billmuehlenberg.com/2015/02/16/antinomianism-and-the-hyper-grace-error/

Yes we are justified by grace through faith alone. But that is simply the first step in the salvation process. To highlight only the very first step, while ignoring the lifelong walk of growth, obedience, holiness and conformity to Christ is not to elevate grace but to drag it in the mud.

Let me close with the words of J.C. Ryle ?”When I speak of a person growing in grace, I mean simply this – that their sense of sin is becoming deeper, their faith stronger, their hope brighter, their love more extensive, and their spiritual mindedness more marked.”