Yes, there are some homosexuals who are willing to go against the grain – even against their own militant lobby – and speak truth about homosexuality. And when they do speak truth, all hell breaks loose. It seems there is nothing worse than for a homosexual to break ranks with his own.

Of course we see this all the time with various militant ideologies. All these groups whine about tolerance and acceptance, but they refuse to show it even to their own when they dare to say a contrary word. Consider for example the angry atheists. If any atheist dares to turn away from his atheism, he is treated like a pariah, like scum, like dirt.

Simply consider the incredible case of world-renowned atheist Antony Flew. When he decided that the evidence must be followed, and that it leads away from atheism, he was viciously attacked by his own. They claimed he was going senile and so on, and went apoplectic in their denunciations. I discuss his story here: billmuehlenberg.com/2007/11/21/a-review-of-there-is-a-god-by-antony-flew/

And as we all know, Islam also treats their own “rebels” this way. To dare to question Islam means you are an apostate and you deserve the death penalty. There is absolutely no room for dissent in Islam. One either accepts the whole package, or prepares to lose his head.

It is exactly the same with the radical homosexual lobby. If any one of their own dares to deviate just an inch from the official party line, then all hell will break out as the dissidents are targeted, tracked down, and torn to shreds. Pretty much like the Communists used to do to supposed traitors in fact. 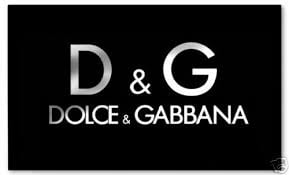 And we have the perfect example of this now unfolding before our very eyes. But first a brief confession: I am obviously not in the know, since I never heard of “Dolce & Gabbana” until now. Evidently this is some fancy-smancy Italian fashion label, and evidently these are two fashion designers, who also happen to be homosexuals.

Well, it seems that they have done the unthinkable – and the unforgiveable. In a magazine interview this homosexual pair actually did what you are simply not allowed to do by the pink mafia: reject the party line in favour of some truth-telling and some common sense.

And for this they have been utterly crucified, not just by the gaystapo, but by their zombie supporters in the media and pop culture. Wow, it is as if they came out and said that we all should torture kittens for fun and profit. But what they actually said is far worse, according to the homostazi.

In the March 12 edition of the Italian magazine Panorama they said things that homosexuals are expressly forbidden from saying. Let me offer some of their words here:

You are born and you have a father and a mother. Or at least it should be so, why do not convince me what I call the children of chemistry, synthetic children. Wombs for rent, seeds selected from a catalog. And then go on to explain to these children who the mother. But she would agree to be the daughter of chemistry? Procreate must be an act of love, now even psychiatrists are prepared to deal with the effects of these experiments….
I’m gay, I cannot have a child. I believe that we cannot have everything in life, if there is not to say that there must be. It is also good to deprive yourself of something. Life has its natural course, there are things that must not be changed. And one of these is the family.

And it seems that they “have long been outspoken about gay marriage. In 2013, when the London Telegraph asked them if they had ever considered getting married, they answered, ‘What? Never!’ Dolce said, ‘I’m a practicing Catholic’.”

Hmm, all that sounds perfectly sensible to me. But the cultural elites went absolutely berserk over this. Incensed celebs like Elton John, Ricky Martin, Sharon Stone, and Ryan Murphy foamed at the mouth, calling for their heads on a platter. Once again they demonstrated to the whole world just how tolerant and into diversity these folks really are.

Elton John for example almost blew a gasket as he raged in hate against the pair:

How dare you refer to my beautiful children as “synthetic”. And shame on you for wagging your judgmental little fingers at IVF – a miracle that has allowed legions of loving people, both straight and gay, to fulfil their dream of having children. Your archaic thinking is out of step with the times, just like your fashions. I shall never wear Dolce and Gabbana ever again. #BoycottDolceGabbana

Wow, feel the Lurve! Not to be outdone, “Glee” screenwriter Ryan Murphy tweeted this: “These designers’ horrifying views are never in fashion. Their clothes are as ugly as their hate.” We get more sweetness and light from Courtney Love Cobain: “Just round up all my Dolce & Gabbana pieces, I want to burn them. I’m just beyond words and emotions. Boycott senseless bigotry! #boycottD&G”

Militant homosexual celeb Perez Hilton said, “Because I choose to spend my money wisely & not support self-hating gays who view my son as ‘synthetic’!” Self-hating now?! So anyone who dares to think for themselves and offer a different point of view are simply “self-haters” and therefore can be completely written off.

I am glad this pair had the courage to speak their mind. It shows that a bit of freedom still exists in the world. But I am even more thankful for the predictable hate responses from the militants. They prove my point so much better than I ever could: the haters are gonna hate, and those who scream the loudest about tolerance are the least tolerant folks around.