We all know that politics and religion are not supposed to be discussed in polite society. That is what we are told anyway. Well, I guess I am not all that polite – indeed I think this is a lot of baloney. So I will keep talking about both as long as I have breath.

Two recent episodes have served as the trigger for this article. One, a fellow elsewhere put up a post saying he was sorry if he offended anyone with his political posts, and that he would no longer do it. He said he would simply just seek to uphold Jesus, or words to that effect.

The second was the airing of a terrific film on television the other day: Amazing Grace. This 2006 movie is a powerful presentation of the life and work of William Wilberforce, especially his battle against the slave trade. It was great to see it once again, if even the last half.

The only other time I had seen it was when it first came out. It is a film all Christians should watch. I discuss it in more detail here: billmuehlenberg.com/2007/07/28/amazing-grace/

So which one do we run with here? I certainly know who I am going to side with on this one. Of course while it is true that I know a fair amount about Wilberforce, I know next to nothing about this particular fellow. He may have good reasons for doing what he has done.

God may well have put it on his heart to ease up on political posts on the social media. But my real fear was the rather misleading and unhelpful message it sent out. The idea was that one either elevates Jesus, or one gets involved in political discussion. Take your pick.

But that of course is known as the logical fallacy of the false dilemma. No, we actually do not have to choose one or the other. As believers we can and should do both. It is a no-brainer: the two in fact go together. Anyone seeking to promote and elevate Christ will do so not just in the spiritual ether, but in the actual world we live in.

Presenting Jesus and sharing the gospel always has implications in all aspects of life. How can the gospel not impact politics, culture, society, and so on? A gospel message which is so heavenly minded that it is no earthly good is not the biblical gospel. 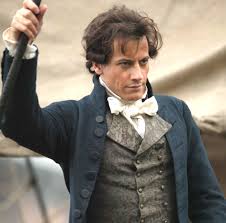 Wilberforce of course knew this so very clearly. He lived his Christian life for the glory of God by both raising up Jesus and by getting fully immersed in the social and political issues of the day. These were simply two expressions of his one abiding faith.

Of course you may recall that when he first became a believer in 1784 he had already been serving as a Parliamentarian for four years. But with his newfound faith, he certainly questioned whether political involvement was the way to go.

Like so many other new believers, he tended to think of “full time Christian service” as only one thing: becoming a pastor (or, perhaps, an overseas missionary). He went through quite a bit of internal struggle and anguish over this. But two things happened on December 2, 1785 which really helped to seal his fate as a Christian politician.

One, he wrote to former slave ship captain John Newton, urging him to meet with him. The other was a letter written the same day by his friend and Prime Minister, William Pitt. As to the latter, Pitt famously urged Wilberforce to not pull out of political involvement.

As he wrote in his letter, “If a Christian may act in the several relations of life, must he seclude himself from them all to become [a religious recluse]? Surely the principles as well as the practice of Christianity are simple, and lead not to meditation only but to action.”

And his visit with Newton (the author of Amazing Grace) also moved in that direction, with Newton insisting that he had so much to contribute to the cause of Christ while in Parliament. As he implored Wilberforce, “God has raised you up for the good of the church and the good of the nation, maintain your friendship with Pitt, continue in Parliament, who knows that but for such a time as this God has brought you into public life and has a purpose for you.”

Very sound advice indeed. And fortunately it was heeded. As Jonathan Aitken writes in his biography of Newton, “The meeting between John Newton and William Wilberforce which took place on the evening of 7 December 1785 turned out to be of the highest public and political importance.”

It sure was. And the rest, as they say, is history. Today millions of Blacks the world over are so very thankful that Wilberforce did not latch on to the unbiblical notion that politics is not the stuff of Christian service. They are free today because Wilberforce put his faith in to action – even in the rough and tumble of political life.

Of interest, just seconds ago on another site and another post, dealing with how a Christian is being ferociously attacked for publicly standing up for the right of children to be raised by their own mother and father, some Christian critic came along and actually said this: “If the discussion hinders seeing people coming to Christ, then perhaps the discussion should not be had.”

I replied: “Regrettably there were people who told Wilberforce the same unhelpful thing: ‘If the discussion [about ending the slave trade] hinders seeing people coming to Christ, then perhaps the discussion should not be had.’ Most fortunately Wilberforce rejected such unbiblical advice.”

Once again we see this very unhelpful false dilemma being pushed: we either uplift Jesus (whatever exactly that means) or we engage in Christian social action. And in this case, we either exalt Jesus, or we stand up for God’s design for marriage and family. Why in the world can’t we do both – simultaneously? Why in the world are we being urged to just do one or the other?

Millions of Christians over the centuries have done this very thing, with Wilberforce being but one example. Yes, it is possible God may call an individual believer to pull out of all political and social engagement perhaps for a season. But that would be the exception, not the rule.

For most of us Christians, we are called to engage, to enter into our world, to be salt and light in every area of life. And doing that is not the antithesis of promoting and elevating Christ, but a very integral part of it. The two belong together, and what God has put together no man should put asunder.

So the next time you hear some Christian trying to push this unhelpful and unbiblical false dilemma, remind him of what Hitler once said. He told the Lutheran pastor and Nazi-resister Martin Niemoller: “I will protect the German people. You take care of the church. You pastors should worry about getting people to heaven, and leave this world to me.”

We don’t need that sort of advice anymore – especially coming from Christians.

18 Replies to “Politics and Religion, Again”