Let me set things straight at the outset: in terms of our initial regeneration, this is a work purely done by God. We do not contribute to it. There is no synergism here. It is by grace through faith alone. But justification of course is only the first step. It is just the beginning.

From then on there is the incredible process of sanctification. And that is indeed a synergistic enterprise. God sanctifies, but we cooperate with him in the sanctification process. It is a combined effort. Those who say that we are to just ‘let go and let God’ are amiss here. 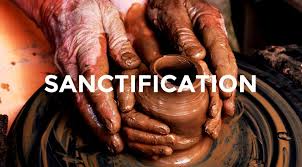 As Sinclair Ferguson put it, “Sanctification is by no means a mystical experience in which holiness is ours effortlessly. God gives increase in holiness by engaging our minds, wills, emotions, and actions. We are involved in the process. That is why biblical teaching on sanctification appears in both the indicative (‘I the Lord sanctify you’) and the imperative (‘sanctify yourselves this day’).”

Another way the Bible speaks to this is the standing/state theme. We have a complete and perfect standing in Christ, but our actual state we are called to work on. This I also speak to elsewhere, as in this post: billmuehlenberg.com/2015/02/01/standing-and-state/

There are dozens and dozens of verses that bring together both these emphases in the same verse. We find this in the books of Numbers, Deuteronomy, Joshua and Judges. It is a constant and major theme found there. Having just finished rereading these books, I have tried to keep tab of every time these great truths are mentioned.

Numbers 33:53 Take possession of the land and settle in it, for I have given you the land to possess.
Deuteronomy 1:8 See, I have given you this land. Go in and take possession of the land the Lord swore he would give to your fathers—to Abraham, Isaac and Jacob—and to their descendants after them.
Deuteronomy 1:21 See, the Lord your God has given you the land. Go up and take possession of it as the Lord, the God of your ancestors, told you.
Deuteronomy 2:24-25 “Set out now and cross the Arnon Gorge. See, I have given into your hand Sihon the Amorite, king of Heshbon, and his country. Begin to take possession of it and engage him in battle.
Deuteronomy 9:23 And when the Lord sent you out from Kadesh Barnea, he said, “Go up and take possession of the land I have given you.”
Deuteronomy 10:11 “Go,” the Lord said to me, “and lead the people on their way, so that they may enter and possess the land I swore to their ancestors to give them.”
Deuteronomy 17:14 When you enter the land the Lord your God is giving you and have taken possession of it and settled in it…
Deuteronomy 31:3 The Lord your God himself will cross over ahead of you. He will destroy these nations before you, and you will take possession of their land. Joshua also will cross over ahead of you, as the Lord said.
Deuteronomy 31:23 The Lord gave this command to Joshua son of Nun: “Be strong and courageous, for you will bring the Israelites into the land I promised them on oath, and I myself will be with you.”
Joshua 1:6 Be strong and courageous, because you will lead these people to inherit the land I swore to their ancestors to give them.
Joshua 6:2 Then the Lord said to Joshua, “See, I have delivered Jericho into your hands, along with its king and its fighting men.
Joshua 8:1 Then the Lord said to Joshua, “Do not be afraid; do not be discouraged. Take the whole army with you, and go up and attack Ai. For I have delivered into your hands the king of Ai, his people, his city and his land.
Joshua 10:19-20 But don’t stop; pursue your enemies! Attack them from the rear and don’t let them reach their cities, for the Lord your God has given them into your hand.” So Joshua and the Israelites defeated them completely, but a few survivors managed to reach their fortified cities.
Joshua 18:3 So Joshua said to the Israelites: “How long will you wait before you begin to take possession of the land that the Lord, the God of your ancestors, has given you?
Joshua 21:43 So the Lord gave Israel all the land he had sworn to give their ancestors, and they took possession of it and settled there.
Joshua 24:8 I brought you to the land of the Amorites who lived east of the Jordan. They fought against you, but I gave them into your hands. I destroyed them from before you, and you took possession of their land.
Judges 1:19 The Lord was with the men of Judah. They took possession of the hill country, but they were unable to drive the people from the plains, because they had chariots fitted with iron.
Judges 4:23-24 On that day God subdued Jabin king of Canaan before the Israelites. And the hand of the Israelites pressed harder and harder against Jabin king of Canaan until they destroyed him.
Judges 7:9 During that night the Lord said to Gideon, “Get up, go down against the camp, because I am going to give it into your hands.”

These are just some of the many passages that can be produced here. God gave them the land. That is utterly clear. But the Israelites were also commanded to go in and take the land. That too is absolutely clear. This was a team effort, and both players were fully involved.

Sure, it was God’s grace ultimately that allowed this to happen, but the Israelites had a real job to do, and they would not have possessed Canaan had they not done the fighting as Yahweh commanded them to do. And all this is not just the stuff of a faraway land and a history of long ago.

All this is an example for us today. Indeed, we can argue that this is also typological, and we see the Christian life today as following the pattern of the OT occupation of Canaan. We too have been promised a great inheritance in Christ. But we too are commanded to go in and take possession of it.

We are not to just sit back and expect God to throw holiness, maturity and Christian growth into our lap. He makes it possible for us to obtain it, but we must work at it. We must take possession of it. There are so many indicatives in the NT about what we already have in Christ.

But there are also so many imperatives where we are commanded to do things to make sure we do not lose out on this inheritance. As such there is no magic pill to spirituality. There is no instant holiness. There is no complete sanctification, if we will not work at it in cooperation with God.

Let me finish with a few quotes from some authorities here:

“To be sanctified involves work – activity, not passivity. This is why the Apostle exhorts Christians to a life of work: ‘Work out your own salvation with fear and trembling; for it is God who works in you both to will and do for His good pleasure’ (Phil. 2:12-13). Sanctification is cooperative. There are two partners involved in the work. I must work and God must work. . . . We are not called to sit back and let God do all the work. We are called to work, and to work hard.” -R. C. Sproul

“You will not gain holiness by standing still. Nobody ever grew holy without consenting, desiring, and agonizing to be holy. Sin will grow without sowing, but holiness needs cultivation. Follow it; it will not run after you. You must pursue it with determination, with eagerness, with perseverance, as a hunter pursues his prey.” -C. H. Spurgeon

“Holiness is not a condition into which we drift. We are not passive spectators of a sanctification God works in us. On the contrary, we have purposefully to ‘put away’ from us all conduct that is incompatible with our new life in Christ, and to ‘put on’ a lifestyle compatible with it.” -John Stott

“There is no shortcut to holiness; it must be the business of our whole lives.” -William Wilberforce

Canaan was not occupied overnight. It took plenty of effort, time and hard work. So too in the Christian life; we do not obtain holiness and maturity in Christ overnight. It is the stuff of a lifetime of obedience, dedication, perseverance and dying to self. Let us press on: “There remains yet very much land to be possessed” (Joshua 13:1).

6 Replies to “Sanctification: Cooperating with God”