I refer of course to all the children raised in homosexual households who refuse to stay in the closet and say it was all a wonderful experience and all sweetness and light. Instead, they have the courage and the boldness to tell the truth – the truth that things were actually pretty lousy, and they would not wish this on any other child.

One gal who did this some years ago is still receiving abuse for her bravery. Dawn Stefanowicz wrote a whole book about her unpleasant upbringing with homosexual “parents”. See my review here: https://billmuehlenberg.com/2009/10/25/a-review-of-out-from-under-the-impact-of-homosexual-parenting-by-dawn-stefanowicz/

And there are others. For example, I discuss some more of them in this recent article: https://billmuehlenberg.com/2015/02/03/homosexual-marriage-listen-to-the-children/

But following the brouhaha over the remarks of two famous Italian homosexuals, even more have come out taking a stand against homosexual marriage and adoption rights. The pair of course are renowned fashionistas Dolce and Gabbana. I discuss their brave remarks here: https://billmuehlenberg.com/2015/03/17/homosexual-truth-tellers/

The gay mafia went ballistic over their pro-marriage and pro-family remarks, with folks like Elton John demanding a boycott of their products. But courage exemplified results in more folks mustering the courage to speak truth in the public arena, despite all the inevitable hate and abuse.

For example, six people who endured all this came out with a public letter, giving their side of the story. It begins:

Greetings from the United States. The six signers of this letter were all raised by gay and lesbian parents. Five of us are women and one is a queer man, though we all raised our children with their opposite-sex parents. We want to thank you for giving voice to something that we learned by experience: Every human being has a mother and a father, and to cut either from a child’s life is to rob the child of dignity, humanity, and equality.
We know that gay parents can be loving, since we loved our parents and they loved us. Nonetheless, we have all had firsthand experience with the harsh backlash that follows when the dominant view of “gay parenting” as universally positive is questioned. We know that you will come under tremendous pressure, especially now when both Italy and the United States are being pushed to override our concerns for our rights to a mom and dad, in order to please a powerful gay lobby.
Nobody receives more vicious attacks from the lobby than those who come from the gay community and question its policies: children of gay couples just as much as the gay men who defend them (like the two of you). In all likelihood many in the international community will try to get your shows cancelled, your advertisements censored, and your reputation destroyed online. You have shown yourselves to be extremely brave. You have given us great inspiration as all six of us prepare to submit letters to the US Supreme Court against gay marriage.
We want to praise your courage and thank you for your inspiration. We also implore you not to surrender when the backlash grows in intensity. If you back down from what you said and apologize, it will leave the children of gay homes even more vulnerable and discredited. It is important for our sake, for the sake of Italian children as well, that you not apologize or capitulate. Please support the idea that all children need to be bonded with their mothers and fathers. It is a human right.
If we can help you in any way, please, let us know. We are not all Christian but we want to send you our blessings, and we promise that we will be lifelong buyers of Dolce and Gabbana from now on. 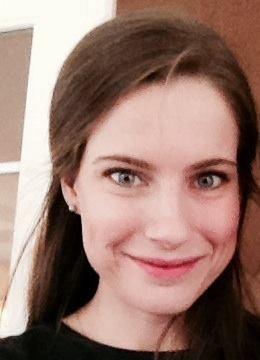 One of the six contributors is Heather Barwick. She has written at length about this and is worth quoting in part:

Gay marriage doesn’t just redefine marriage, but also parenting. It promotes and normalizes a family structure that necessarily denies us something precious and foundational. It denies us something we need and long for, while at the same time tells us that we don’t need what we naturally crave. That we will be okay. But we’re not. We’re hurting.
If anyone can talk about hard things, it’s us.
Kids of divorced parents are allowed to say, “Hey, mom and dad, I love you, but the divorce crushed me and has been so hard. It shattered my trust and made me feel like it was my fault. It is so hard living in two different houses.” Kids of adoption are allowed to say, “Hey, adoptive parents, I love you. But this is really hard for me. I suffer because my relationship with my first parents was broken. I’m confused and I miss them even though I’ve never met them.”
But children of same-sex parents haven’t been given the same voice. It’s not just me. There are so many of us. Many of us are too scared to speak up and tell you about our hurt and pain, because for whatever reason it feels like you’re not listening. That you don’t want to hear. If we say we are hurting because we were raised by same-sex parents, we are either ignored or labeled a hater.

Finally, two others share their story. Referring to the backlash D&G got over the idea of “synthetic children” via IVF and the like, they claim that “We Are ‘Synthetic Children’.” They write:

Those of us conceived non-traditionally are full human beings with equal capacity in every regard—no one need question our humanity. It is not our individual, case-by-case worth as humans that is debatable; rather, it is how we value human beings in general that warrants discussion. Has anyone asked John for how much he purchased his kids? How much money he and Furnish paid the boy’s genetic and birth mother for their absence and invisibility?
Has anyone asked Elton John for how much he purchased his kids?
I (Alana) remember when I was in school and I told my then-best friend the truth about my conception. When our friendship frayed, as tween friendships do, she released my secret as gossip—invisible, quiet, and as poisonous as carbon monoxide fumes—and I became the “test-tube girl.” The label was humiliating.
Later, in a college English class we studied “Brave New World,” and it immediately became one of my favorite works of fiction, up there with “Gattaca.” What we were essentially studying was what it means to be human. My classroom was located in Cupertino, California, and even in my liberal environment the teacher and students took heed at Huxley’s warning against manufactured people and the “outdated” nature of mothers. The class was angry at the possibility of such a world—they felt that their humanity and most important relationships (like the one with their mothers and fathers) were being threatened. The din got to a point where I had to raise my hand and speak up. I was 17 years old. I barely understood myself, let alone the world, and I said simply and defensively, “I was conceived with reproductive technologies.”
The class was silent for a very long time. Finally, a boy sitting next to me offered solemnly, “Well, she seems like a perfectly fine human being—maybe we shouldn’t be so hysteric.”
I am indeed a human being. My liver, heart, hair, and enzymes all work the same. I’ve discovered it is my psychology that is different and not-quite-right, due to my conception. It’s not a matter for doctors to fix; it’s a spiritual problem. My father accepted money, and promised to have nothing to do with me. My mother was wonderful and I have always loved her deeply, as she has loved me. But my journey is a battle against the void left by my father’s absence, and a particular disability in understanding the difference between sacred and commercial, exploitation and cooperation. Those torments for me far outweigh any social stigma or momentarily painful gossip I’ve endured from ignorant people.
For children whose genetic or birth mother’s absence has been commissioned, they will ask, “Where is my mother?”

But up until now it has all been about the lusts, cravings and desire of selfish adults. No one seems to give a rip about the wellbeing of the children. So thank you so much D&G and all these other super-courageous individuals for coming out of the closet and speaking truth. Of course there will be hell to pay for daring to do this.

But they obviously feel that it is worth it. And they are quite right. We owe it to all children to stand up for them and consider how they fare in all this gender bender madness. May many more such brave souls come forth and heroically speak truth.

It seems the hypocrisy of the militants knows no bounds. Just a day after Elton John manically pushed for a boycott of D&G, he was spotted carrying… yes, a D&G bag.

14 Replies to “Let the Children Speak”