In the biblical sense, syncretism has to do with seeking to worship the one true God while also dragging elements of false religions into the mix. It is the vain attempt to worship Yahweh but also worship other gods. It is an attempt to mix true and false religious beliefs and practices.

It cannot work, it does not work, and it only brings about the greatest of evils, and thus punishment from the true and living God. The Bible is full of both warnings against, and examples of, religious syncretism. No one reading all these accounts can ever come away with the idea that God simply winks at syncretism. He judges it utterly harshly – and rightly so. 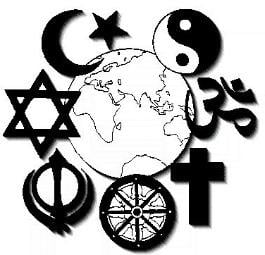 If you want the perfect place to begin to study this in scripture, a most telling text is 2 Kings 17. This is all about the last days of Israel, the northern kingdom. While Judah, the southern kingdom, had a mix of good and bad kings, all the kings of Israel were evil.

Thus in 722 BC the Assyrians become God’s instrument to judge Israel, and Samaria falls to these ruthless conquerors. You can read for yourself the lengthy explanation for this in verses 7-23. There in great detail we discover why Yahweh took such drastic steps to so thoroughly destroy the northern kingdom. Let me just offer the first four verses:

All this took place because the Israelites had sinned against the Lord their God, who had brought them up out of Egypt from under the power of Pharaoh king of Egypt. They worshiped other gods and followed the practices of the nations the Lord had driven out before them, as well as the practices that the kings of Israel had introduced. The Israelites secretly did things against the Lord their God that were not right. From watchtower to fortified city they built themselves high places in all their towns. They set up sacred stones and Asherah poles on every high hill and under every spreading tree.

It is as if God had never given them the first commandment, “You shall have no other gods before me” (Exodus 20:3; Deuteronomy 5:7). This is the very heart and soul of what it is to be in covenant relationship with God. But from the kings down to the people, the sin of syncretism was ever present.

What we find in v. 15 is especially powerful, and of course so very relevant for today as well: “They rejected his decrees and the covenant he had made with their ancestors and the statutes he had warned them to keep. They followed worthless idols and themselves became worthless. They imitated the nations around them although the Lord had ordered them, ‘Do not do as they do’.”

Wow, there is plenty here for a series of sermons to warn us today. “They followed worthless idols and themselves became worthless.” A biblical truth stated often is that we become what we worship. Those who set up false idols end up becoming like them. See more on this here: billmuehlenberg.com/2012/07/10/religion-worship-and-idolatry/

And as mentioned, the first commandment is being flagrantly violated here, leading to all sorts of other sin. As Martin Luther rightly said, “We never break the other commandments without breaking the first.” Note also that they “imitated the nations around them although the Lord had ordered them, ‘Do not do as they do’.”

This was an ever present danger for God’s people once they entered the Promised Land, and is exactly why God had ordered them to remove all the Canaanites when they first took possession of the land. But tragically they never did fully carry out this command, and they remained as thorns in their sides.

Another portion of this chapter well worth looking at is vv. 24-41. Here we learn about how the Assyrians resettled Samaria with all sorts of people from all sorts of places, bringing with them their pagan religions. But the Assyrians wanted there to still be local territorial gods as well, so they brought in an Israelite priest to keep their religion alive. As we read in vv. 27-34:

Then the king of Assyria gave this order: “Have one of the priests you took captive from Samaria go back to live there and teach the people what the god of the land requires.” So one of the priests who had been exiled from Samaria came to live in Bethel and taught them how to worship the Lord. Nevertheless, each national group made its own gods in the several towns where they settled, and set them up in the shrines the people of Samaria had made at the high places. The people from Babylon made Sukkoth Benoth, those from Kuthah made Nergal, and those from Hamath made Ashima; the Avvites made Nibhaz and Tartak, and the Sepharvites burned their children in the fire as sacrifices to Adrammelek and Anammelek, the gods of Sepharvaim. They worshiped the Lord, but they also appointed all sorts of their own people to officiate for them as priests in the shrines at the high places. They worshiped the Lord, but they also served their own gods in accordance with the customs of the nations from which they had been brought. To this day they persist in their former practices.

Talk about a perfect description of syncretism! “They worshiped the Lord, but they also served their own gods in accordance with the customs of the nations from which they had been brought.” This is religious syncretism to a T. Religious people always love it this way. The true child of God hates it. Because God hates it.

The lessons for us today should be quite obvious. Just how much religious syncretism takes place in our churches? Are we not also guilty of this so often? Consider how so many churches are fully into interfaith worship services, bringing Muslim imams into their premises to do their thing.

Consider how many churches have compromised and capitulated on the homosexual agenda, and are allowing practicing homosexuals to lead services, be pastors, and perform sham weddings. This is syncretism to the max, and God must always judge such great evil.

The fact that these churches and church leaders are now getting away with this should not blind them to the reality that judgment is coming soon. A holy and just God can never allow such gross sin and satanic syncretism in his house. And individual believers must also purge themselves from all false gods and idols.

As Peter Leithart says of 2 Kings 17: “Israel came into the land charged with the duty of purging the land of pagan shrines and establishing Yahweh’s worship. In a tragic reversal, the land is back to its preconquest state, full of idolatrous shrines.”

How many Christians are back to their pre-conversion state, just as full of idols, false gods and so on? Be it the worship of power, or sport, or entertainment, or trivial pursuits, or sex, or success, and so on. Simply buying all the values and beliefs of the world is a massive form of idolatry.

This chapter was written – like all the Old Testament – for our warning and our learning. We all would do well to pause where we are at right now, read this chapter, and then engage in a careful spiritual check-up. We all need to do some spring cleaning here, and weed out any idols that might be found.

If we don’t, God Almighty certainly will soon enough deal with them. As Charles Spurgeon put it, “False gods patiently endure the existence of other false gods. Dagon can stand with Bel, and Bel with Ashtaroth; how should stone, and wood, and silver, be moved to indignation; but because God is the only living and true God, Dagon must fall before His ark; Bel must be broken, and Ashtaroth must be consumed with fire.”

6 Replies to “The Horrific Costs of Syncretism”