The attempt to normalise and perpetuate homosexuality throughout all of society continues unabated, and a primary means of making this a success is to target our children. That has long been the strategy of the militant homosexual lobby, and they are getting quite far with this by using various guises and subterfuges.

One clear winner has been for them to hijack the various anti-bullying programs. All parents are rightly concerned about bullying, so the activists have been very successful at taking over these programs and co-opting them for their own purposes. Or they have simply introduced their own pro-homosexual programs, but covered them up by presenting them as anti-bullying material. 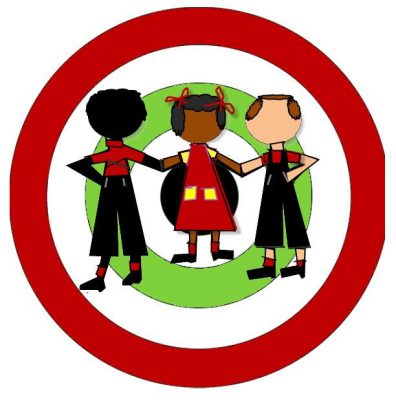 Various states now have these. The Victorian Labour government for example launched a “Safe Schools” program, a project of Gay and Lesbian Health Victoria. It became the basis for a federal program, Safe Schools Coalition Australia (SSCA), which was launched last year.

This has “the aim of creating safe and supportive school environments for same sex attracted, intersex and gender diverse people.” Thus this national program, like the Victorian program, like the NSW “Proud Schools” program, and so on, are not at all about bullying in general. They are about homosexuality in particular, and the promotion thereof.

If there was genuine concern about bullying, then why not deal with all children? Pretty much everyone is bullied at some time in their life. It may be because they are too ugly or too pretty, too fat or too thin, too tall or too short, too dumb or too smart, etc. Ethnic, cultural, racial and religious bullying also can be common. So why are governments concentrating on all things homosexual?

A simple look at these programs will make it clear that this is all about homosexual propaganda and the indoctrination of children. In my book Strained Relations I spent several chapters documenting how our children are being targeted by the activists, especially at schools.

For example, there I mention the noted US feminist and lesbian Tammy Bruce. She said this about the issue of children and the homosexual agenda:

The radicals in control of the gay establishment want children in their world of moral decay, lack of self-restraint, and moral relativism. Why? How better to truly belong to the majority (when you’re really on the fringe) than by taking possession of the next generation? By targeting children, you can start indoctrinating the next generation with the false construct that gay people deserve special treatment and special laws. How else can the gay establishment actually get society to believe, borrowing from George Orwell, that gay people are indeed more equal than others? Of course, the only way to get that idea accepted is to condition people into accepting nihilism that forbids morality and judgment.

Plenty of the activists are quite open about their agenda of specifically targeting children, and using our schools to do so. One quite well known homosexual blog site openly admits to this in an article entitled, “Can We Please Just Start Admitting That We Do Actually Want To Indoctrinate Kids?”:

NOOO! We’re not gonna make kids learn about homosexuality, we swear! It’s not like we’re trying to recruit your children or anything.’ But let’s face it – that’s a lie. We want educators to teach future generations of children to accept queer sexuality. In fact, our very future depends on it. . . . I and a lot of other people want to indoctrinate, recruit, teach, and expose children to queer sexuality AND THERE’S NOTHING WRONG WITH THAT.”

There are plenty more quotes like this I can provide. Much more recently another homosexual said this:

I am here to tell you: All that time I said I wasn’t indoctrinating anyone with my beliefs about gay and lesbian and bi and trans and queer people? That was a lie. All 25 years of my career as an LGBTQ activist, since the very first time as a 16-year-old I went and stood shaking and breathless in front of eleven people to talk about My Story, I have been on a consistent campaign of trying to change people’s minds about us. I want to make them like us. That is absolutely my goal….
I want kids to know this even if their parents’ or community’s interpretation of their religious tenets is that we’re awful. I would be happy – delighted, overjoyed I tell you – to cause those children to disagree with their families on the subject of LGBTQ people. If that makes me an indoctrinator, I accept it. Let me be honest – I am not even a little bit sorry.

So there you have it. But we must also speak to the content of these programs. They are full-on, unashamed promotions of the homosexual lifestyle – often in full sickening detail. Let me cite one Australian feminist writer who has real concerns about all this:

Gender is back in news, thanks to the controversy surrounding the Safe Schools program. This program attempts to educate Australian children on gender and sexual diversity, exploring topics like “OMG my friend’s queer.” While the anti-bullying message that motivates Safe Schools is certainly a worthy one, some of its educational ideas – like teaching pansexuality, how to bind breasts or be genderqueer – raise more questions than they address.
Those who criticise Safe Schools’s presentation of gender diversity are readily dismissed as old fashioned or conservative, but there are good grounds for asking hard questions – not least because the research is far from conclusive.
Purportedly, the more education around gender, sexuality and identity, the more progressive and safer society will be when it comes to managing diversity. As a result, gender has become an increasingly prominent issue, especially in the media – from the widely publicised No Gender December and genderbread kits, to the news that Angelina Jolie’s daughter had decided to take the name “John.”

And we simply have to look overseas to discover where all these programs are headed. Consider this absolute shocker from America:

Editor’s note: WARNING: GRAPHIC CONTENT
They thought the Iowa Governor’s Conference on LGBTQ Youth was about anti-bullying. Instead, about 1,000 teenagers from more than 100 Iowa communities were treated to a profanity-laced performance by a drag queen along with graphic conversations on oral sex and a transgender tutorial on how to make fake testicles. The April 3rd conference was sponsored by Iowa Safe Schools, a non-profit group that creates “safe and supportive schools” for LGBTQ young people.
Some parents were furious about some of the sexually explicit comments from paid speakers – including a comedian who told the high school students how “pleasurable it is for gay couples to eat each other’s behinds and how to use different flavors of (oils) to make it taste better.” “We were absolutely flabbergasted,” one father told me. “It was graphic and pornographic. From a parent’s perspective I cannot think of anywhere this should be an acceptable conversation.”
The parent, who agreed to talk with me provided he was not identified, has a teenage daughter who attended the conference. The 18-year-old is a member of her school’s student support group that helps bullied teens. “She thought the conference would give the group better ideas on how to deal with bullying issues,” the parent told me. “But there was hardly anything about that.” The parent described sessions about where discussions were held on how to clean yourself before anal sex “and the pleasure you can get from eating your partner’s backside.”

You can read all the gory details here: townhall.com/columnists/toddstarnes/2015/04/17/teens-shocked-by-graphic-content-at-antibullying-conference-n1986750/page/full?hc_location=ufi

The simple truth is, millions of our tax dollars are being spent by governments for the sole purpose of promoting, glamourising, and ramming down the throats of our children, the high-risk and dangerous homosexual lifestyle. This is all about the propaganda of a radical minority group.

And since it is meant to war against the values, beliefs, culture and religious convictions of most parents, this is a real case of bullying. It is the coercive state bullying parents, bullying Christians, bullying all those who dare to resist the onslaught of the homosexual agenda.

And the real victims of bullying here are the hapless children who are being exposed to all this filth, deception and propaganda. It is the homosexual activists, along with hostile governments, who are being the real bullies here.

For much more detail on the Safe Schools programs, and their very troubling aspects, please refer to these two helpful sites:
www.saltshakers.org.au/107-fp-articles/fp-2015/1406-bullying-safe-schools-coalition-sexuality-gender-identity?highlight=WyJzYWZlIiwiJ3NhZmUiLCInc2FmZSciLCInc2FmZScuIiwic2FmZSciLCJzY2hvb2wiLCJzY2hvb2wnIiwic2Nob29sJ3MiLCInc2Nob29sIiwic2FmZSBzY2hvb2wiXQ==

15 Replies to “Not So Safe Schools”